La Tomatina is a day-long food fight festival that takes place in a small town near Spanish Valencia. For just one day, squashed tomatoes flood the streets to the joy of thousands of tourists eager to pose for the scary-looking selfies.

The history of the event is as messy as the holiday itself. At least the year is certain—1944. But the occasion is a mystery. There are few theories. First theory includes the bad musician who was beaten with rotten tomatoes for being extremely lousy.

The second theory is more complicated and looks more truesome. Once upon a time there was a city carnival and a group of drunken friends decided to push some big headed parade participants which fell like dominoes on the street. And the fight broke out. Opponents used tomatoes from the vegetable stalls on the streets.

Then police interfered and the fight was over. But it started as a revenge all over next year and included some innocent citizens, which readily joined the tomato fight. Police came again and arrested everybody, but the citizens enjoyed the show so much that they asked the police to have mercy for all the fighters. And that’s how La Tomatina holiday was born. Fun out of fight.

With the Franco regime this holiday was banned for not being religious enough, and regained its power somewhere in the crazy 70’s.

Nowadays it gathers up to 50,000 people from different parts of the world. Compare this to the somewhat 10,000 population of Bunol. Outstanding result for a local food fight, huh?

Funny thing is that this La Tomatina event lasts just for an hour. But Bunol is getting festive a week before the event. There are carnivals, fairs, street music and dances, family fun all over the place.

The La Tomatina fight is really crowded and unpredictable, so the locals made a safe version for the kids age 4-to-14. It takes place on Saturday before the main event. Part of the street is getting fenced, children get inside and their parents take adorable pictures from the outside of the fence circle.

The night before the fight is the night of a cooking contest. Participants compete in cooking the national Spanish dish—the mighty Paella. Women wear white shirts, men wear nothing. Hold your horses—that just means they go topless.

It is a tradition to wear a white t-shirt to the fight—to feel the contrast afterwards. Another tip is to wear clothes you’re ready to throw away. And have a plan B to change into right away. Also no open toe shoes is preferable. Just believe the old tomato warriors on this one.

The official start of the fight begins at 10 am from the moment when somebody climbs the wooden pole and takes a piece of jamon from its top. To make it more spectacular and fun the pole is greased with soap. After that trucks loaded with 150,000 tons of holy ripe tomatoes come to the street and dump all their contents on the ground. And the fight begins! It lasts about an hour and on the signal comes to an abrupt end.

Locals enjoy the fight and use their hoses to wash the fighters right in the middle of the fight or afterwards. By the way, one of the tomato fight unspoken laws says that you should squash your tomato before throwing it into somebody.

The main idea for communication should be as follows: fun, adventure, challenge, event tourism. So, if your brand is an adventurous type or wants to tickle its target audience with some new thrills—La Tomatina event is just the right thing to mention.

Instagram is born to picture people all covered in tomatoes, soaked and happy, lying in the streets of tomato sauce. Use cool design templates and become the tomato king of Instagram.

Have no time to visit Spain? Make your own tomato fight for the loyal customers.

Think of something useful to equip the possible tomato fighters. Even if all of them are imaginary.

#ff0000
#32cd32
#ffffff
#000000
Fifty shades of red. From red orange to the bloody red and even scarlett. Represents the key symbol of the holiday—sir Tomato. Don’t forget about the green parts of the tomato. They are in the design game too. White color is used to make a contrast before and after the tomato giant fight. 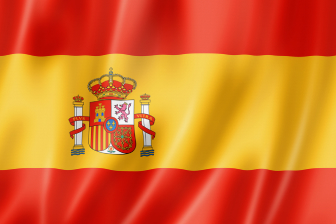 The Flag of Spain 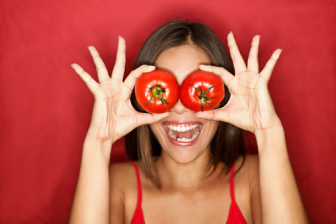 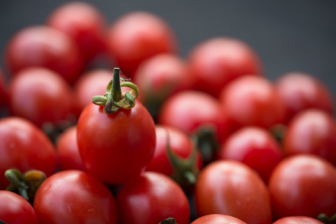 Tomato is the key symbol of this event. Round and ripe. Or squashed and saucy.

Country silhouette is great to use as a destination accent.

All types of actions will do: people throwing, laughing, squashing the tomatoes, laying in the tomato sauce, washing over.