The Assumption of the Blessed Virgin Mary—August 15th, 2021

This day is devoted by the Roman Catholic church to honoring the belief that Jesus took his mother Mary to the heavens upon her death. The Assumption feast is a nationwide public holiday in several dozens of countries across the world.

History of the Assumption of Mary

Almost every Christian holiday has its roots going deep into the pagan history. In the beginning it was a day of an early harvest festival. A delicious reminder that summer is almost gone and autumn is coming. By the way, in different destinations of Europe this day is still called the Feast of Our Lady of the Harvest.

First time the Virgin Mary got mentioned on August 15—was in the 6th century in Byzantine. The holiday was named the Feast Day of Virgin Mary. Christian influence spread to the West in a flick and Europe got itself a Virgin Mary holiday in the 7th century. In the 8th century the date of August 15 was officially named as an Assumption Day.

Although this day is remarkable for many Christians of Europe and South America, it is a really big deal for France. Virgin Mary is proclaimed to be the guardian of the whole country since 1638. And there is a true magic story behind the scene, obviously.

King of France, Louis XIII, was really desperate to have a son, an heir to his country. So in 1637 he asked people all over the country to make a procession on the Assumption Day, August 15. To pray and ask Virgin Mary to give him what he wishes for. You can already guess that it really worked. In 1638 his dreams came true. Since then the 15th of August and the Assumption of the Virgin Mary is greatly celebrated in France.

A number of beautiful mass and prayer services are available to celebrate the Assumption of the Blessed Virgin Mary in Catholic churches.

Bright processions start from local churches and evolve into the streets. People carry the statue of Virgin Mary on their shoulders or make a festive platform to follow. Parades can include marching bands, costumes, fairs. Some river cities do a water procession. But traditionally, people go on foot including whole families and make it a fun memory for even non-religious citizens.

Some countries celebrate the Assumption Day with a fireworks performance. They are not only a feast for the eyes, but a true symbol of victory. Life over death. A literal illustration of rising up to the skies.

People all over the world gather together to pray and celebrate the Assumption at different Catholic shrines. One of the most popular spots among pilgrims is the Grotto of Lourdes, France. Thousands of believers go there to pray, to heal, to drink the holy spring water.

Some countries have a funny tradition of people throwing coins from their windows down the streets. That idea, probably, appeals to prosperity as a part of pagan inheritance of the holiday.

Marketing Activities for the Holiday

You can greet your customers with the Assumption of the Blessed Virgin Mary, if you are sure that they’re religious and would appreciate the move. Use discreet templates and colors. Quote Bible only if you really know what you’re talking about. Otherwise, make the message more about the joy of life or family values.

Donations, whether digital or physical like food and clothes, are a good way for every company to change something in this world for the better. Such a big holiday as the Assumption of the Blessed Virgin Mary is a great time to do this.

Join the procession or have some festive eats to pass to the younger customers. Lights, bonfires, and fireworks are also a proper attention seeker for the offline world.

Colors of the Assumption

Symbols of the Assumption 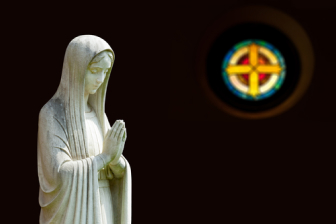 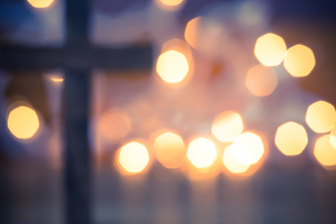 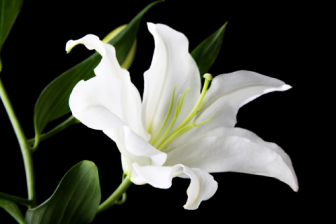 Any image of the Virgin Mary or her assumption is great for the event. It can be a statue decorated with flowers or a medieval painting of a famous artist.

Any kind of illumination, bonfires, fireworks are appropriate for the day. Light is an ancient symbol of sun and joy. Symbol of life.

This beautiful flower is a symbol of purity and Virgin Mary. Great for adding some delicate elements to the design.