Victory Day in Turkey is one of the favorite public holidays. On this day people adorn the streets with the flags and portraits of Atatürk. Loud celebrations are accompanied by impressive military parades ran in Turkey’s biggest cities.

The history of this great holiday goes back to World War I. The Osman Empire was occupied with allied armies after its big loss in WWI. The whole country’s territory was divided by parts and controlled by Greece, Armenia, France, United Kingdom and Italy military forces.

So, you can imagine that Turkish people were not very happy about it. In 1919 The War of Independence broke out and Mustafa Kemal Atatürk was leading it along with Turkish army forces.

Winning the Battle of Dumlupınar in 1922 was a turning point in this war and made August 30th a special day for Turkey as we know it now.

On October 29th, 1923 The Turkish Republic was revealed to the world in the brand new capital of a brand new country—Ankara. And guess who became its first President? General Atatürk.

On August 30th, 1923 Turkish people celebrated Victory Day for the first time. In 1935 the glorious event made it into the national holidays.

People will decorate their homes and shops, streets with national flags as key symbols of the Turkish victory.

President Atatürk posters and other images are also very popular as a decorative detail among people on Victory Day. No surprise here. He is literally the man who led the way to the modern and progressive country Turkey is known today.

Military parades are held in main big cities of Turkey to show the strength and respect for those who serve their country. To remember the bright side of victory and the dark side of losing comrades in combat. People like to attend the parades with their families and watch the army marching pass them.

Citizens can enjoy the Air Force show up in the sky. Jets will do some breathtaking tricks and end up painting skies in white and red—to resemble the flag of Turkey.

The big official ceremony takes place at the Atatürk’s Mausoleum in Ankara. But people all over Turkey will come to the monuments of Atatürk in their cities and honour the great man as well.

30th of August is a big day among Armed Forces not only because of the famous history date. Those who serve are getting promoted right on this day. That adds a ton of excitement to the event celebration.

Another Victory Day tradition to add more to the Armed Forces plate of joy and excitement is graduation ceremony. Military schools from all over the country held the graduation ceremonies right on this day. What can we say? It’s a perfect day and cause brought together.

Students in schools act out some significant scenes from War of Independence to honour the brave soldiers killed in combat.

Marketing Activities for the Victory Day

Victory Day is not only great but very instagrammable. Go social, show the extent of celebration and support for the Army. Get yourself an army. An army of followers at least.

Put the flags out! Literally. Decorate your offline shop windows with a Turkey flag or do the same for the landing page or social media account. Images of President Atatürk are also a great idea to show your care for the event. A quick tip: Professional design templates will save time and nerve cells.

One more way to boost the sales, increase the amount of loyal customers and clear your karma—to do discounts for the Army. Seriously. Do it.

Online or offline—make a War of Independence history contest. With prizes or discounts. Get a jury to define the winner or go random. It is a really great way to pay respect and commemorate the event. 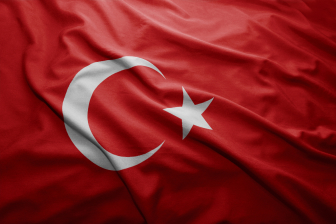 The Flag of Turkey 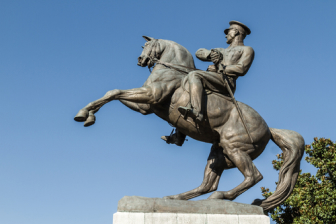 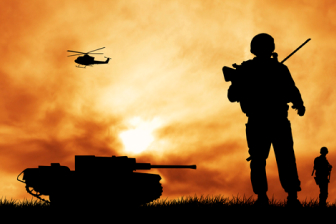 The key symbol of a new country, Republic of Turkey.

The key figure of Victory Day. Leader of the War of Independence. The 1st President of the Republic of Turkey.

A symbol of courage and greatness of the country. In the past, in the present and in the future.