While, in some regions, the celebration of International Women’s Day falls into a romantically colored category of womanhood and femininity celebration, worldwide this holiday promotes women's equality and symbolizes the fight for women’s rights.

Clara Zetkin, Luise Zietz, and other women activists of the socialist movement have originally set up the idea for establishing International Women’s Day at the 1910 International Socialist Movement Conference in Copenhagen, with a function to commemorate the working women movement across the world and coordinate the marches for equal rights in different countries. The following year, in 1911, the day was celebrated for the first time, gathering over 1 million activists in the marches across central Europe, namely Denmark, Germany, Switzerland, and Austria, where women demanded to be given rights to vote and hold positions in public offices.

Women’s Day became a national holiday in some countries, such as the Soviet Union, as early as in 1917, yet it was mainly celebrated in the socialist and communist countries until 1967. The day was re-established in the Western world by the feminists of the second wave at the end of the 1960s. Once again, it became an occasion for the activist marches called to drive the attention to issues such as equal pay, body rights, and fighting the violence targeted at women.

To date, the holiday meaning has blurred in some countries to the point of being a mere celebration of the feminine virtues, partially taking on the functions of the Mother’s day.

The most traditional ways to celebrate International Women’s Day are peaceful demonstrations and female-centered celebratory events and concerts.

While only a few countries have an official day off on the 8th of March, holding small parties in the companies, schools, and public offices to hail the women staff is a tradition. In some countries, men would congratulate women in their lives (mothers, daughters, sisters, classmates, colleagues) with flowers and small presents, and take on a part of their household duties on that day.

The vast majority of the companies would give their female customers discounts or freebies on that day. The purpose-driven businesses are challenging this approach now by donating part of their sales on the IWD to the educational projects for girls, funding fight with the gender injustices, and establishing scholarships for young women.

The IWD holiday is a big occasion for businesses—since any company or brand can connect with the female empowerment ideas. With even the most rigid brands like Pirelli and Playboy doing the equality campaigns, the new era calls for the marketers to recognize women’s personalities beyond the stereotypical beauty industry patterns.

To be in line with the marketing trends, go for one of the four strategies below when developing your marketing campaign for International Women’s Day:

Contribute—help to hold high the banner of women’s rights in modern information warfare. Use the 8th of March to support the #MeToo campaign, add your input to women’s educational programs or the campaigns fighting female genital mutilation across the world.

Recognize—show your appreciation to over a century of the various women’s efforts across the globe to win the basic human rights and reach gender equality. Celebrate the female activists, role models, and your company’s female workers who set up a new benchmark for girls everywhere.

Educate—do not limit your messaging to flowers and feel-good quotes, that blur the powerful meaning of the holiday. Spread the word about women’s struggle against historical injustices over centuries, the victories achieved, and the issues yet to overcome.

Stretch beyond the 24 hours—to build a solid image for your brand, invest beforehand in planning a thorough women-oriented social program that will become an ongoing part of your company’s CSR. Then, launch it on the 8th of March to win the extra PR coverage.

Organizing an event on that day would be a great idea, following the historical meaning of the date. Think about inviting renowned female speakers and influencers to speak to your audience. If doing an offline event is out of your budget, you can always do a webinar, or put together a series of inspiring interviews from the female opinion leaders in your sphere.

Purple color has been chosen to be the official color of International Women’s Day, as a color representing women globally. It is secured in the official logo of the IWD. The combination of the purple, green, and white colors symbolizes women’s equality and is widely used as a primary palette for all related designs.

While the official color of the day is purple, the color palette in the promotion materials usually uses the shades from the pink and red spectrum. The most recent trend, used in the official IWD logo 2020, is the multi-color design solution which reinforces the idea of equal rights for everyone. 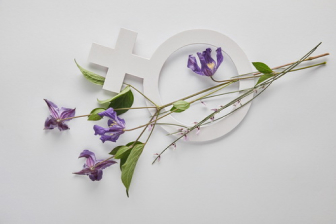 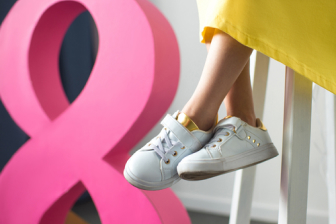 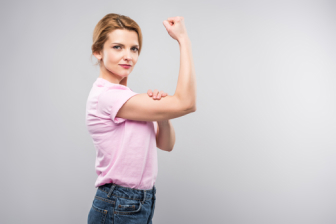 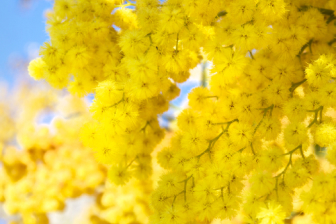 The Venus female symbol (a circle with a cross handle) is the most used symbol of the International Women’s Day. It is often combined with other symbols such as a raised fist, number 8, a globe, a flower, and a heart.

If your brand has a character, Women's Day is a great occasion to launch its female version. Another good idea is to add a creative twist to your company’s logo on that day by combining it with one of the abovementioned symbols. 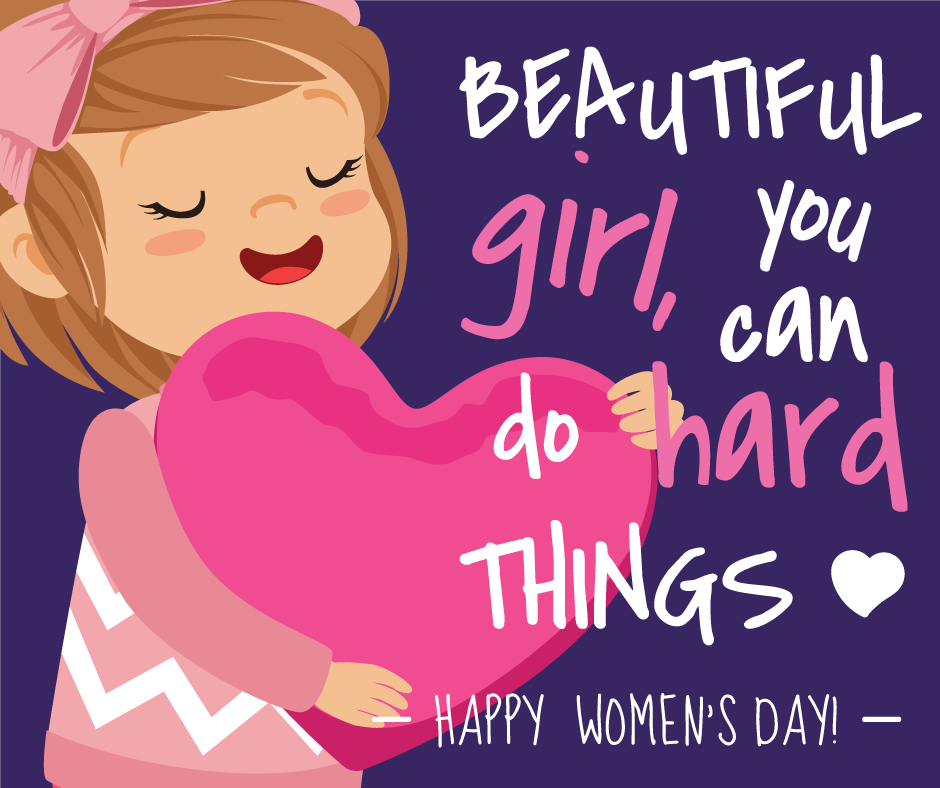 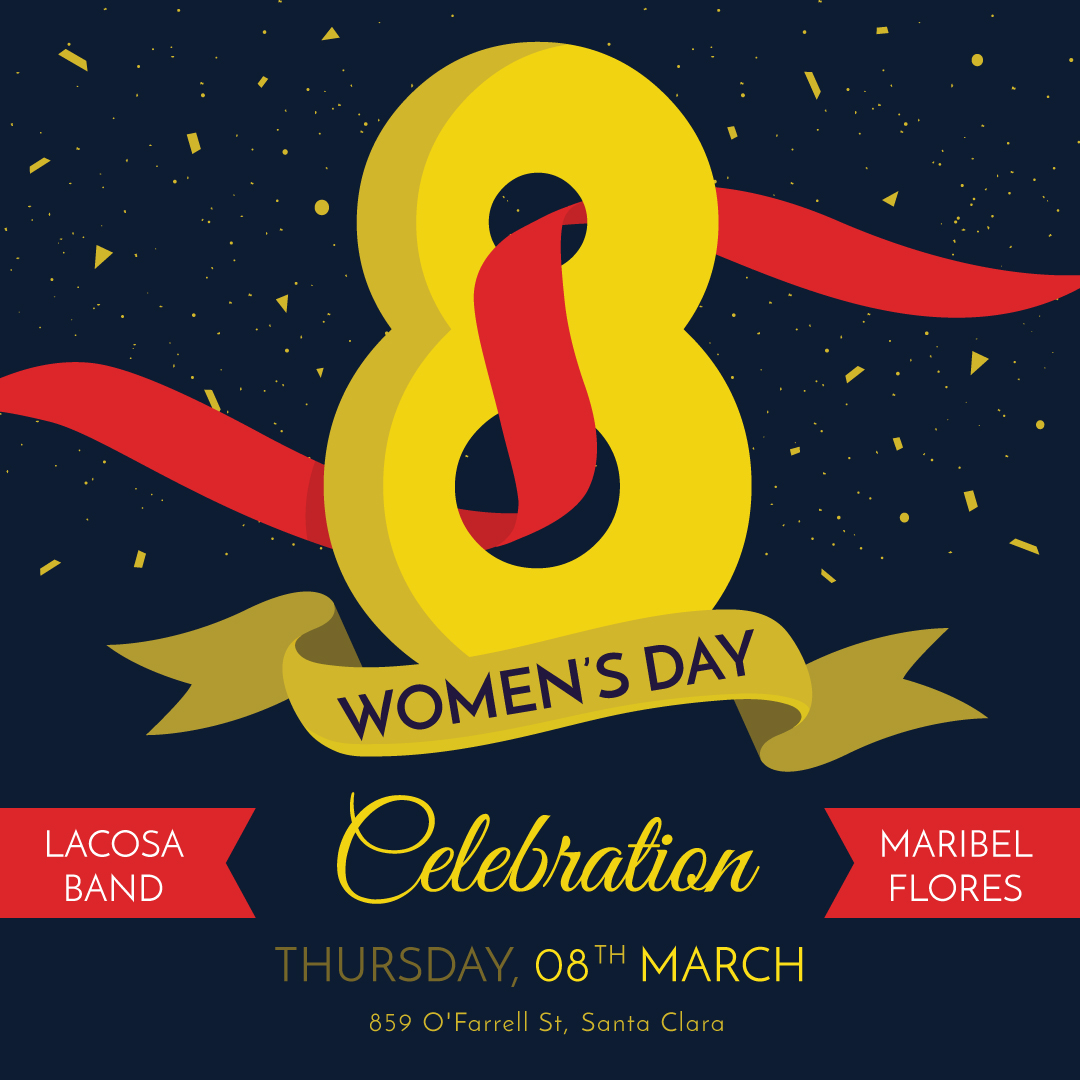 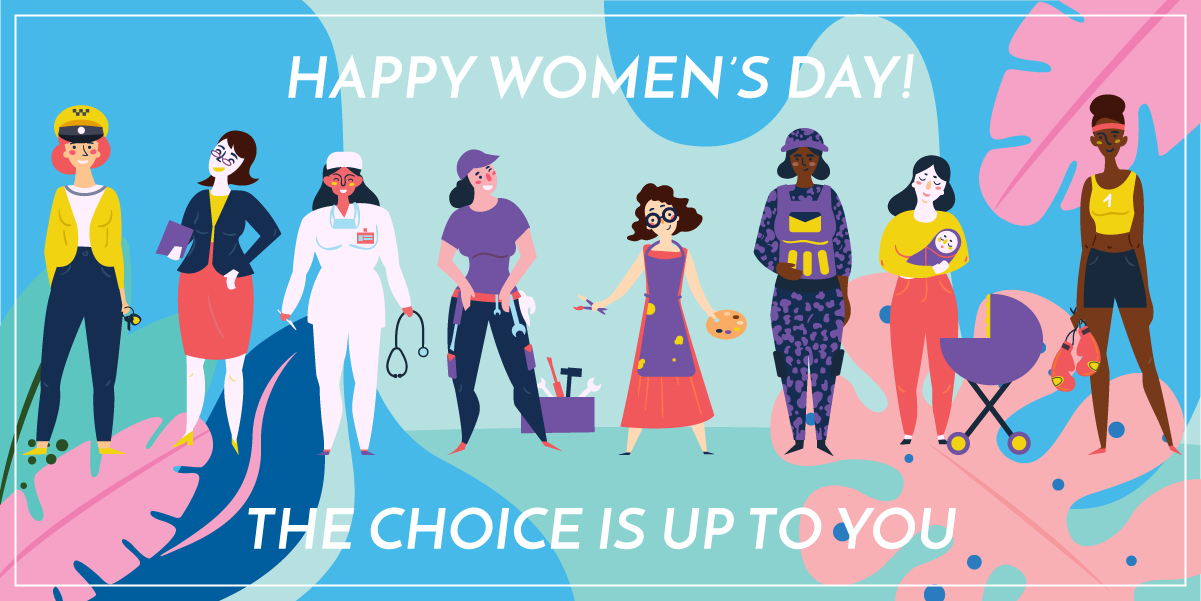 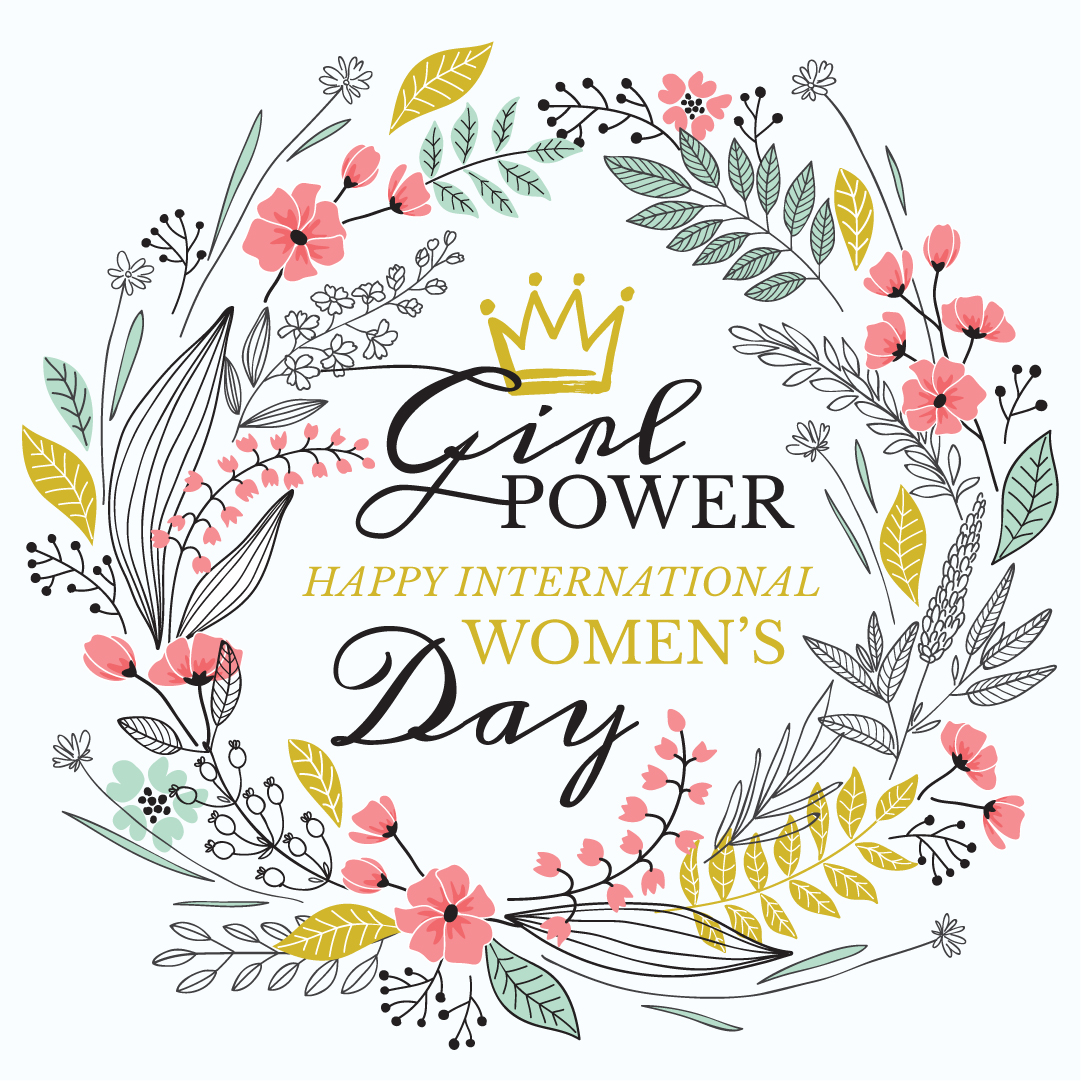 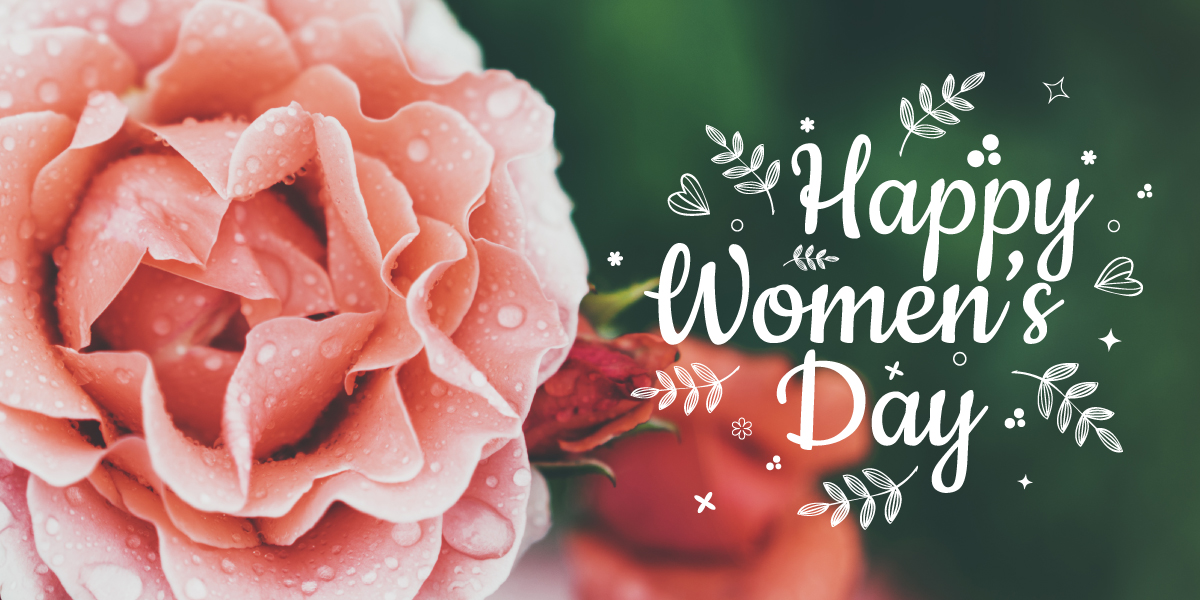 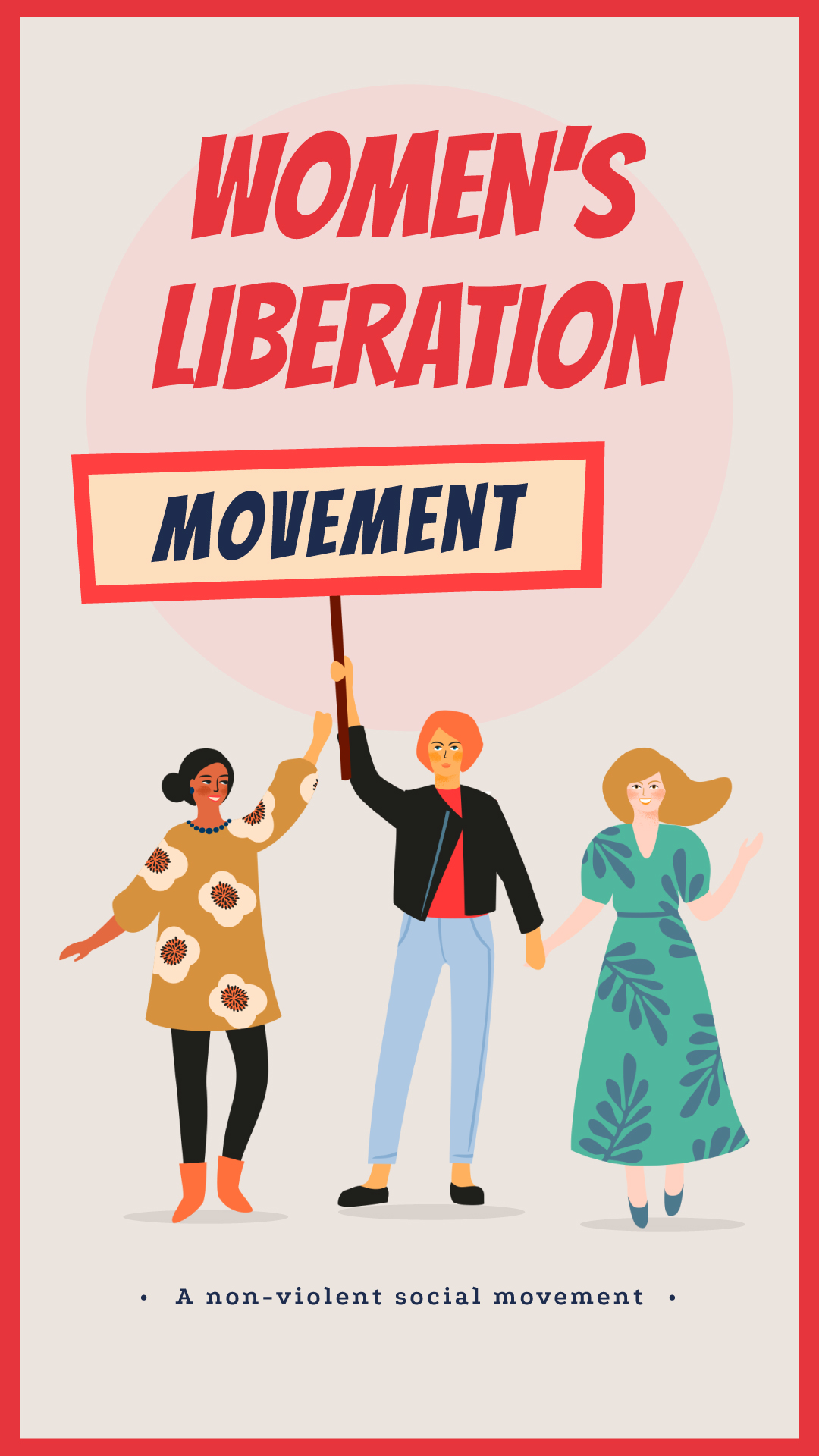 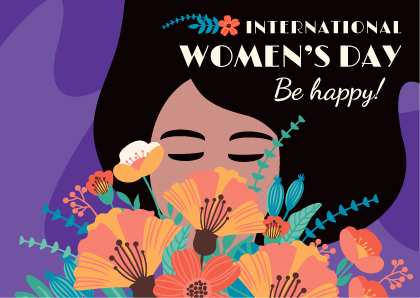 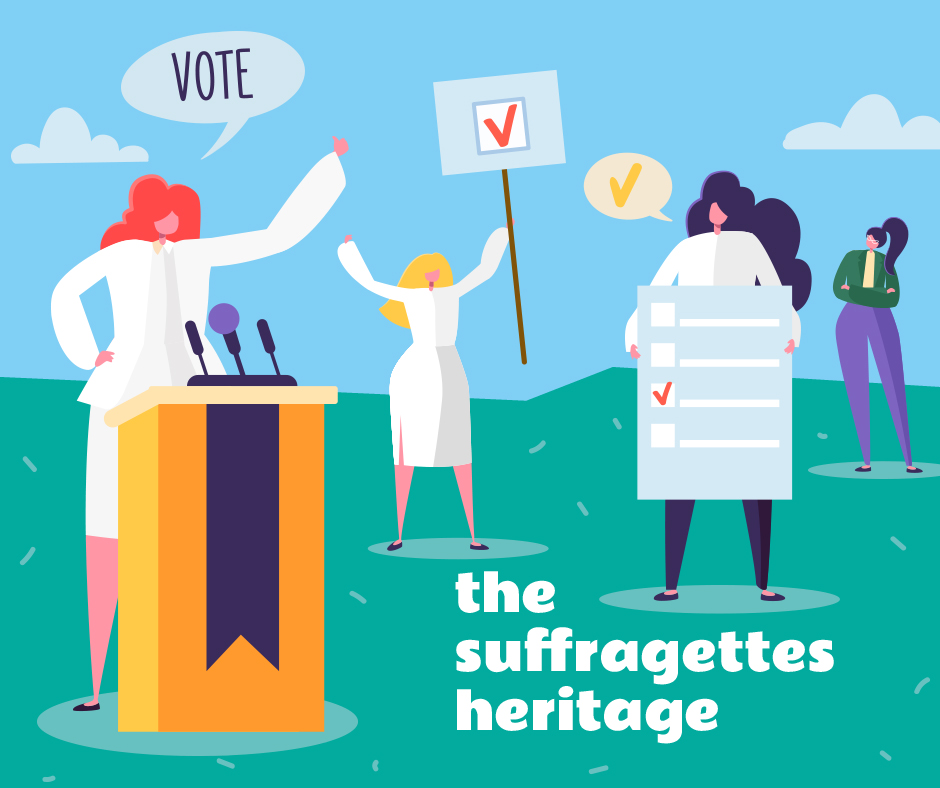 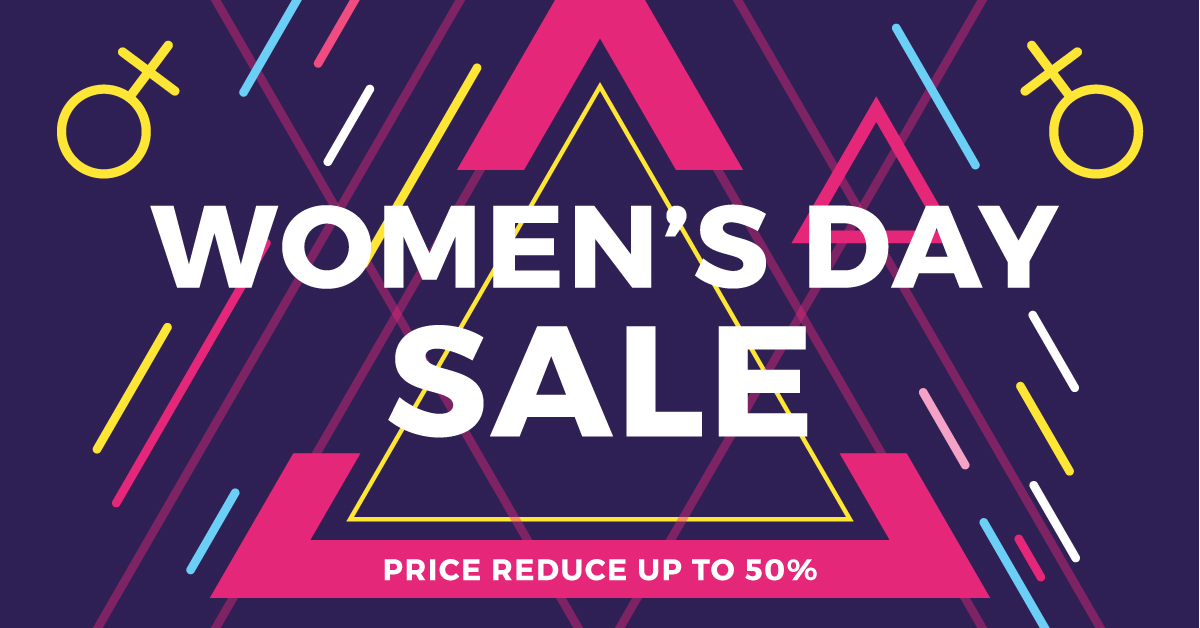 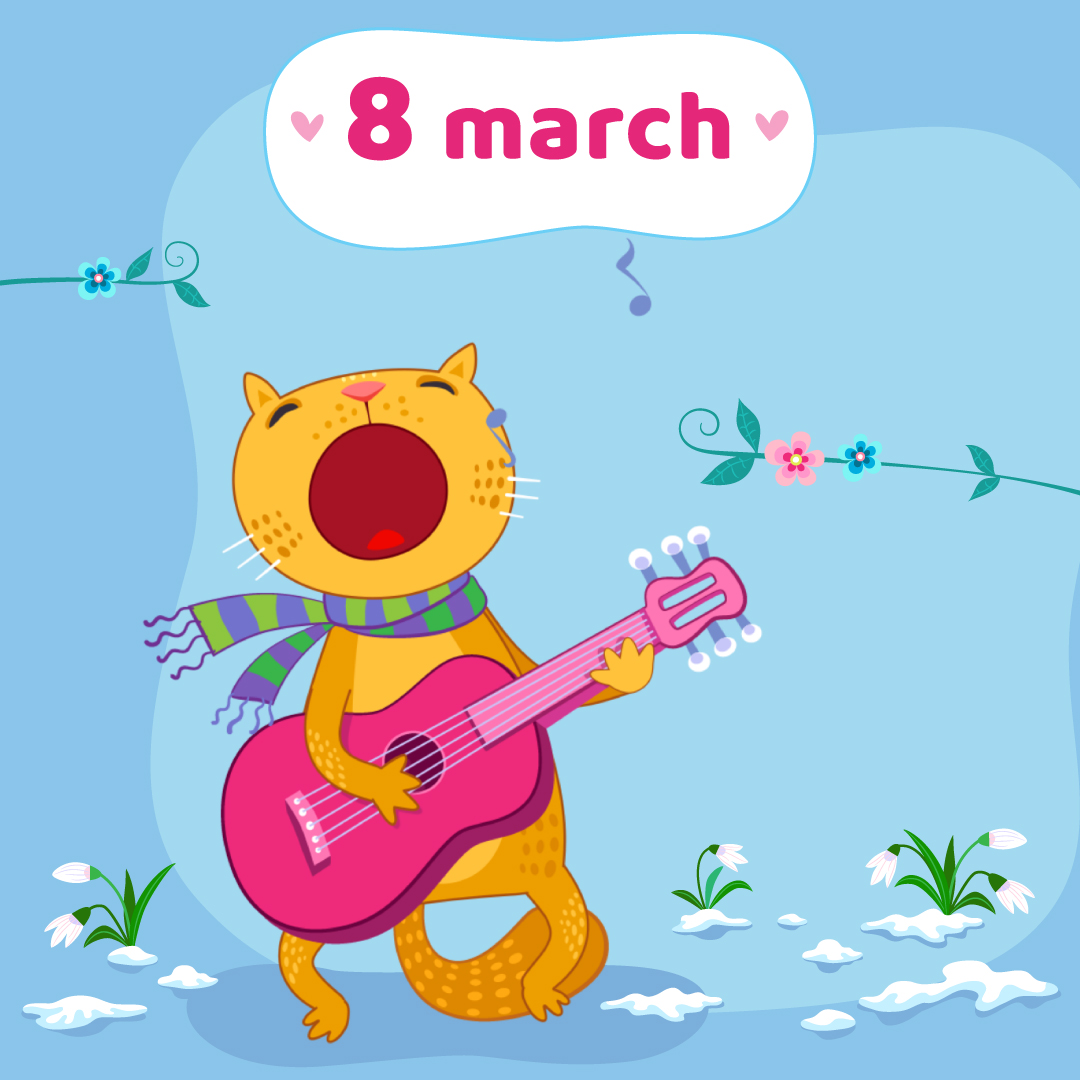 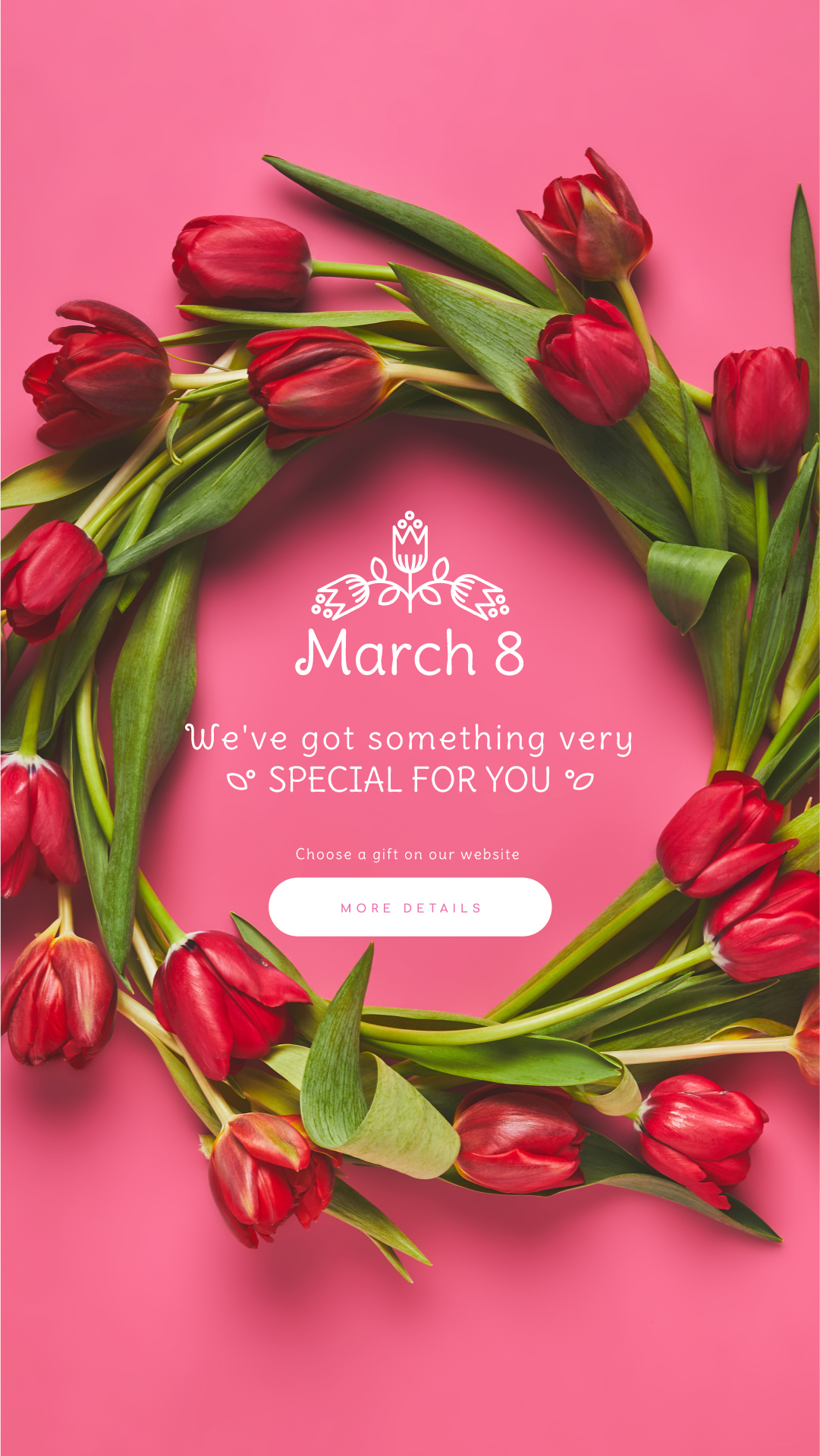 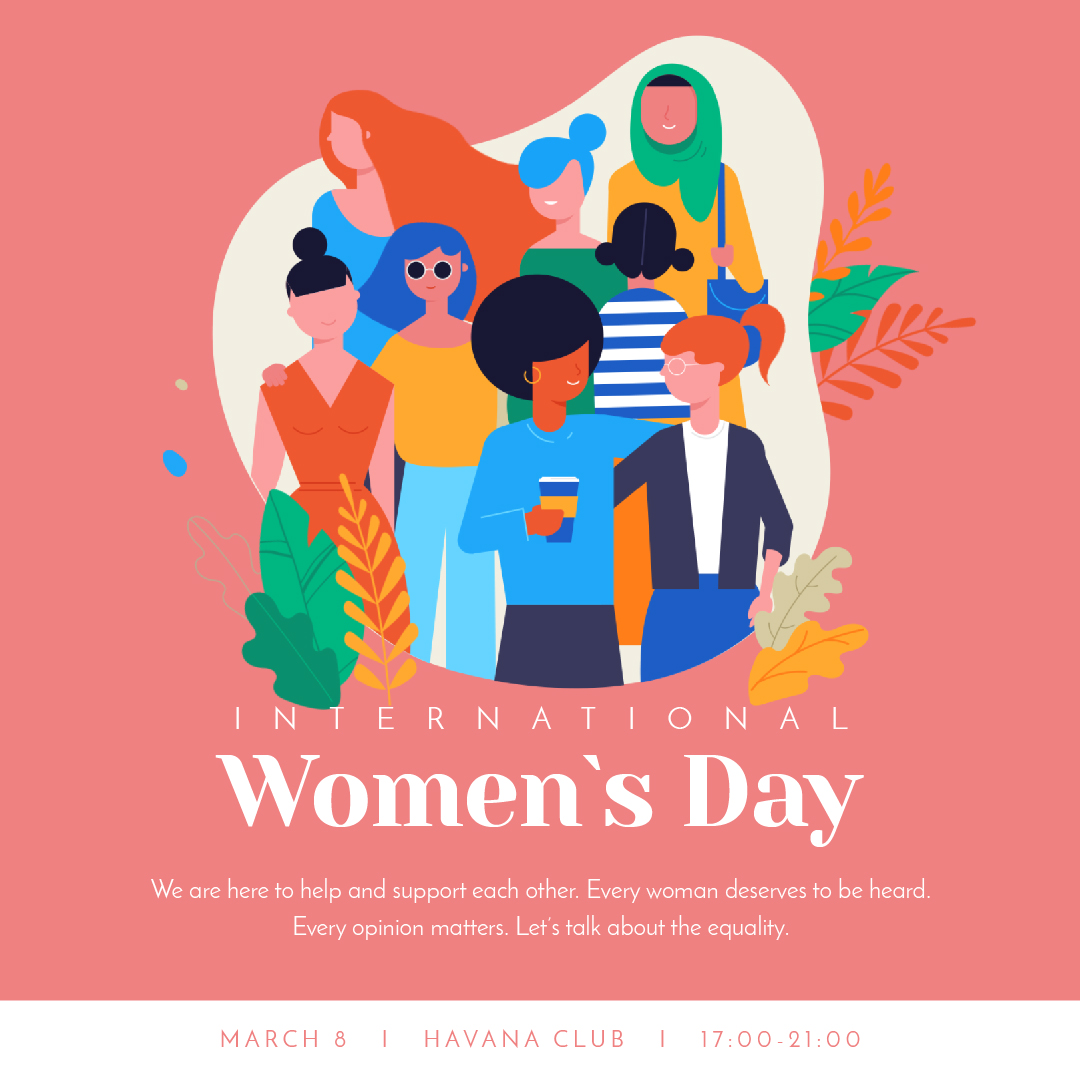 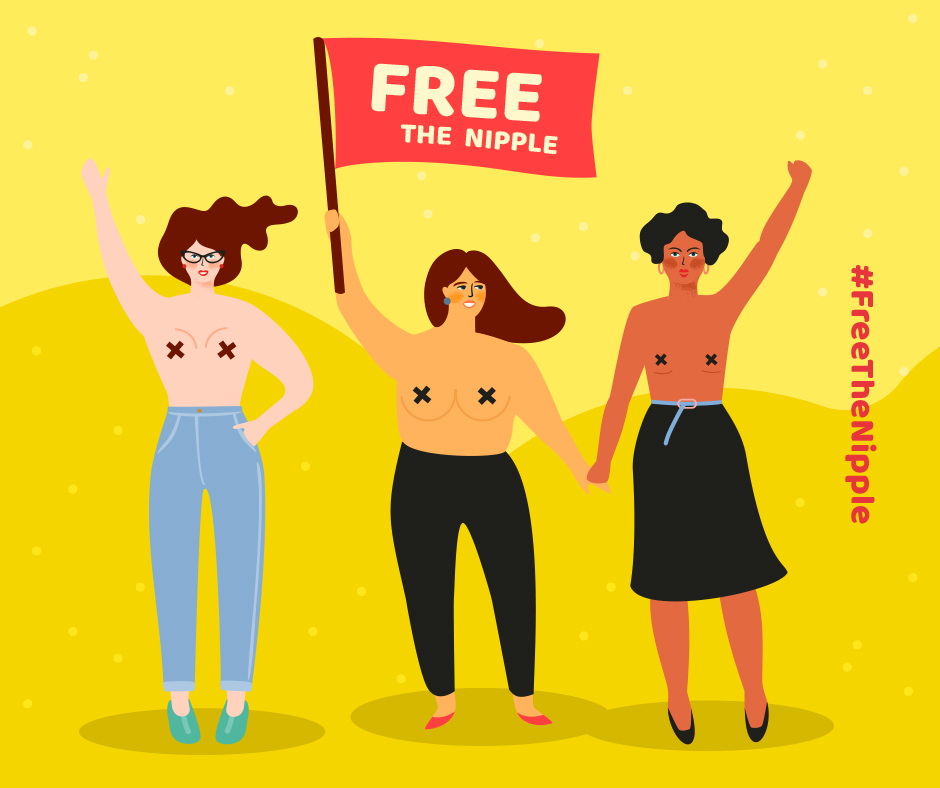 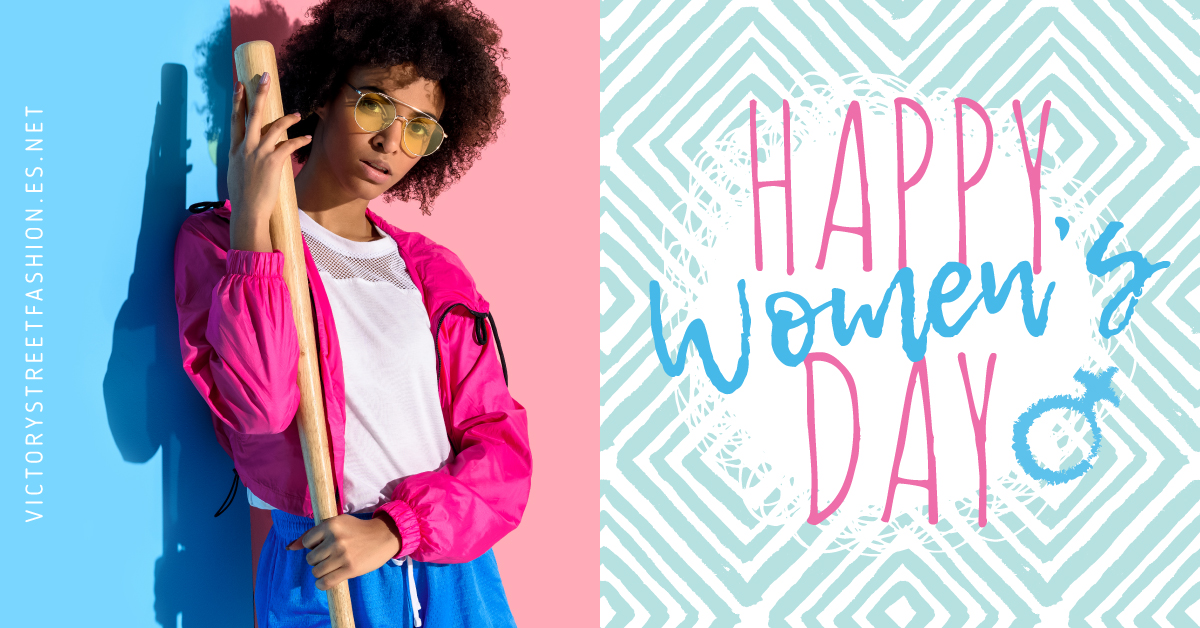 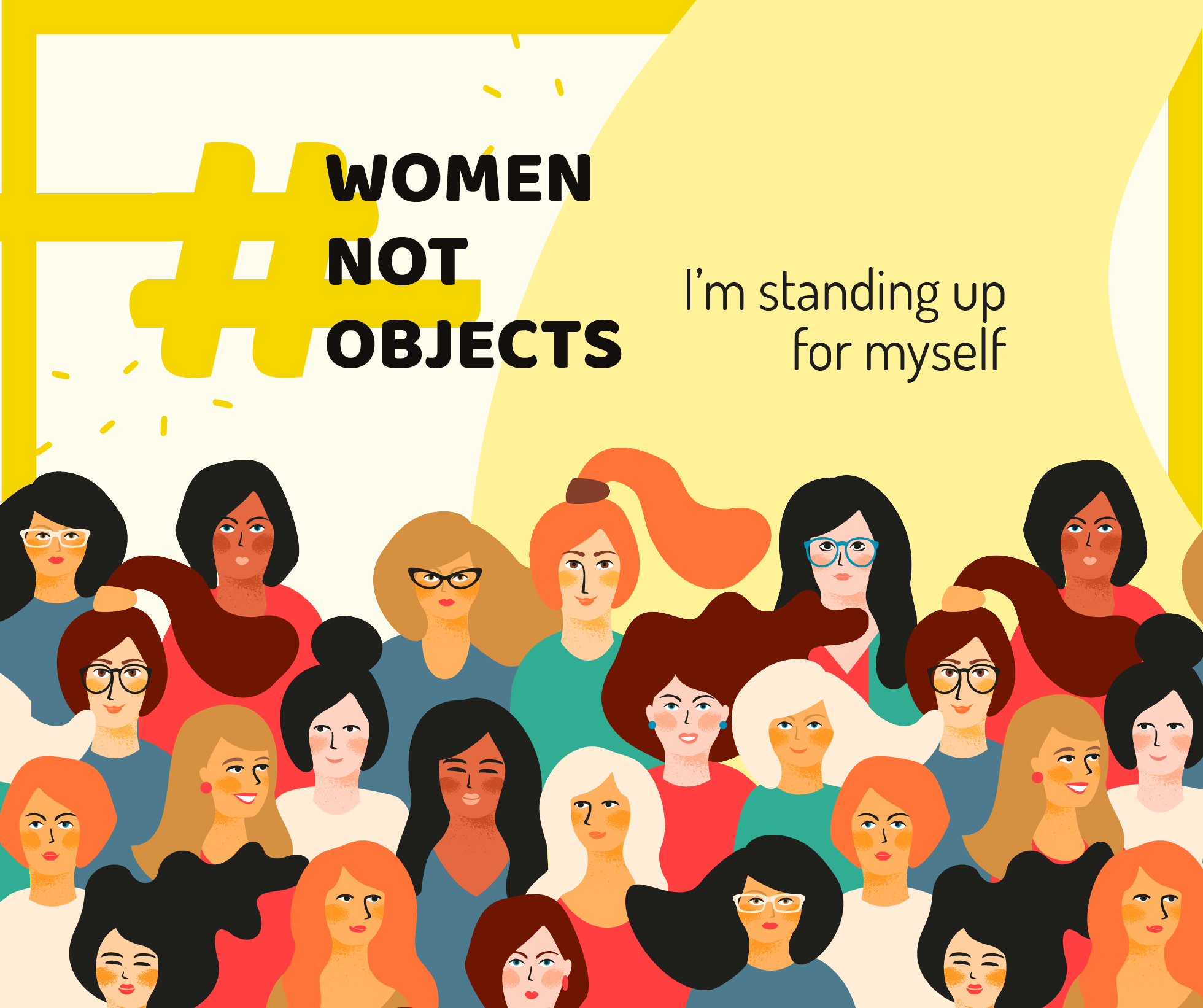 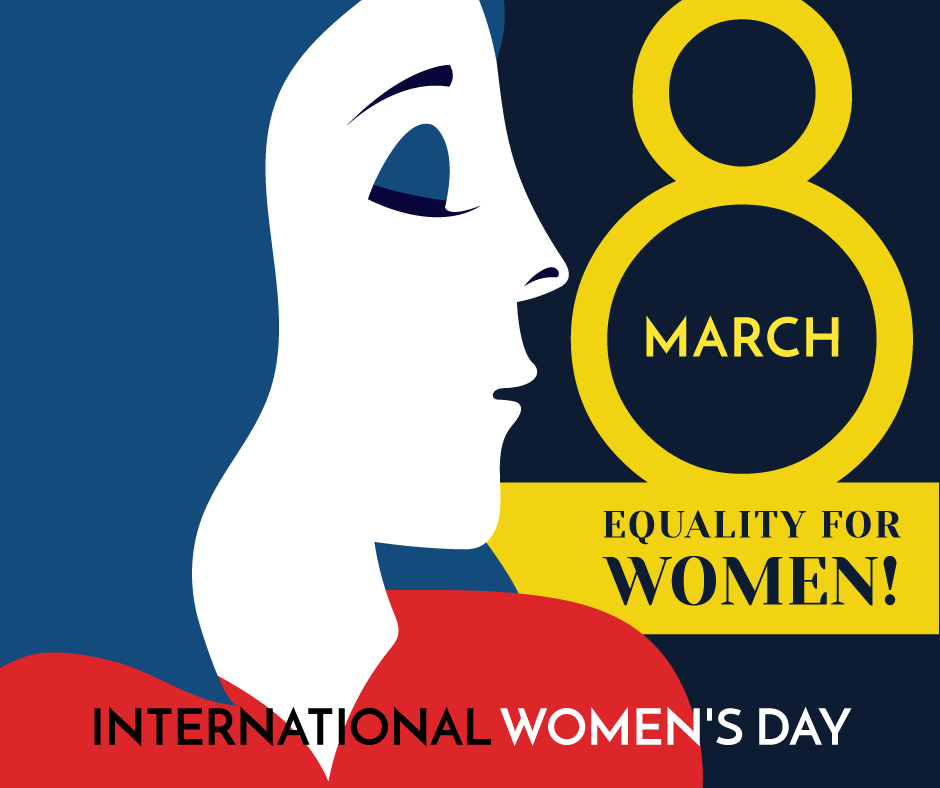 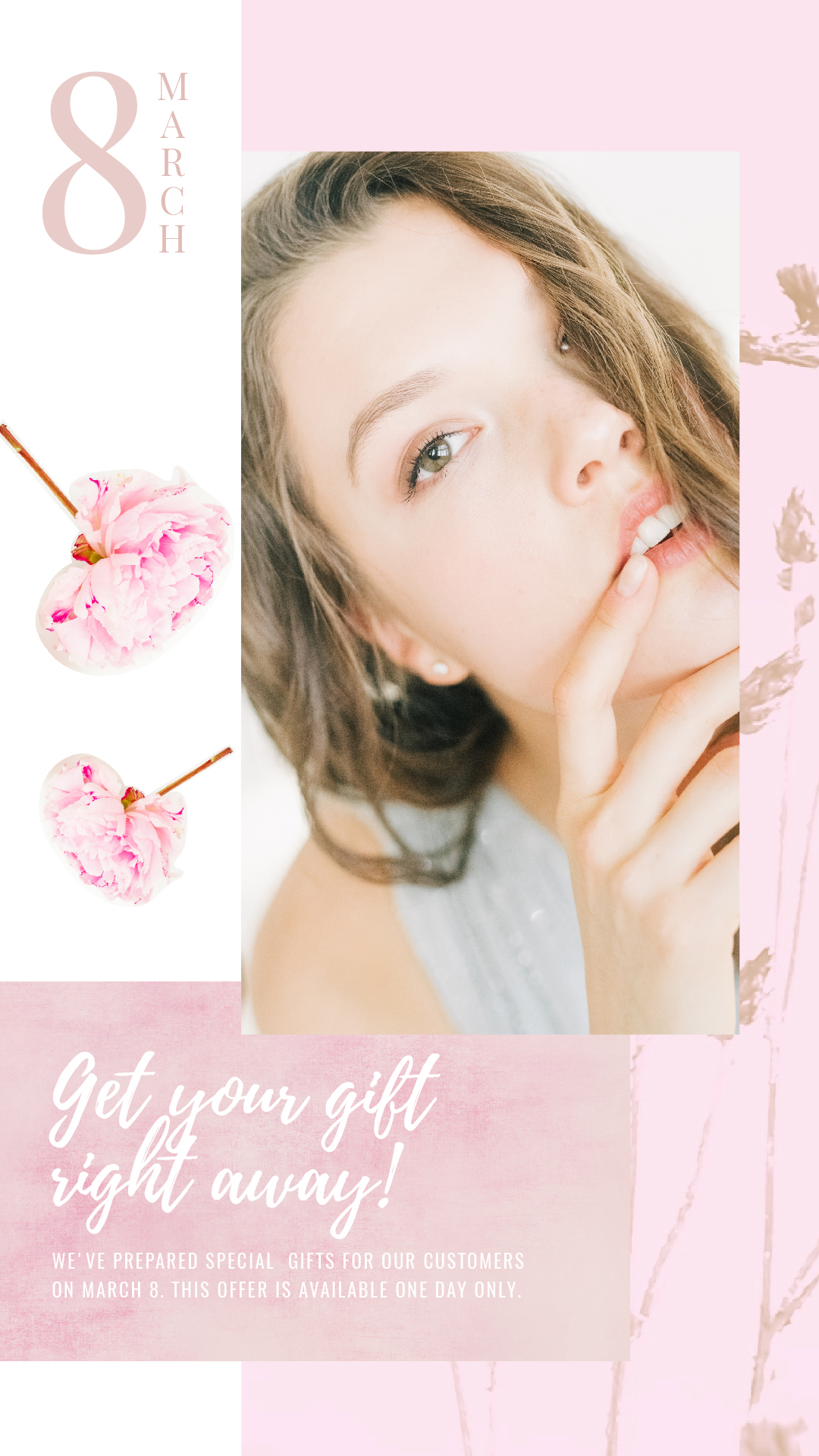 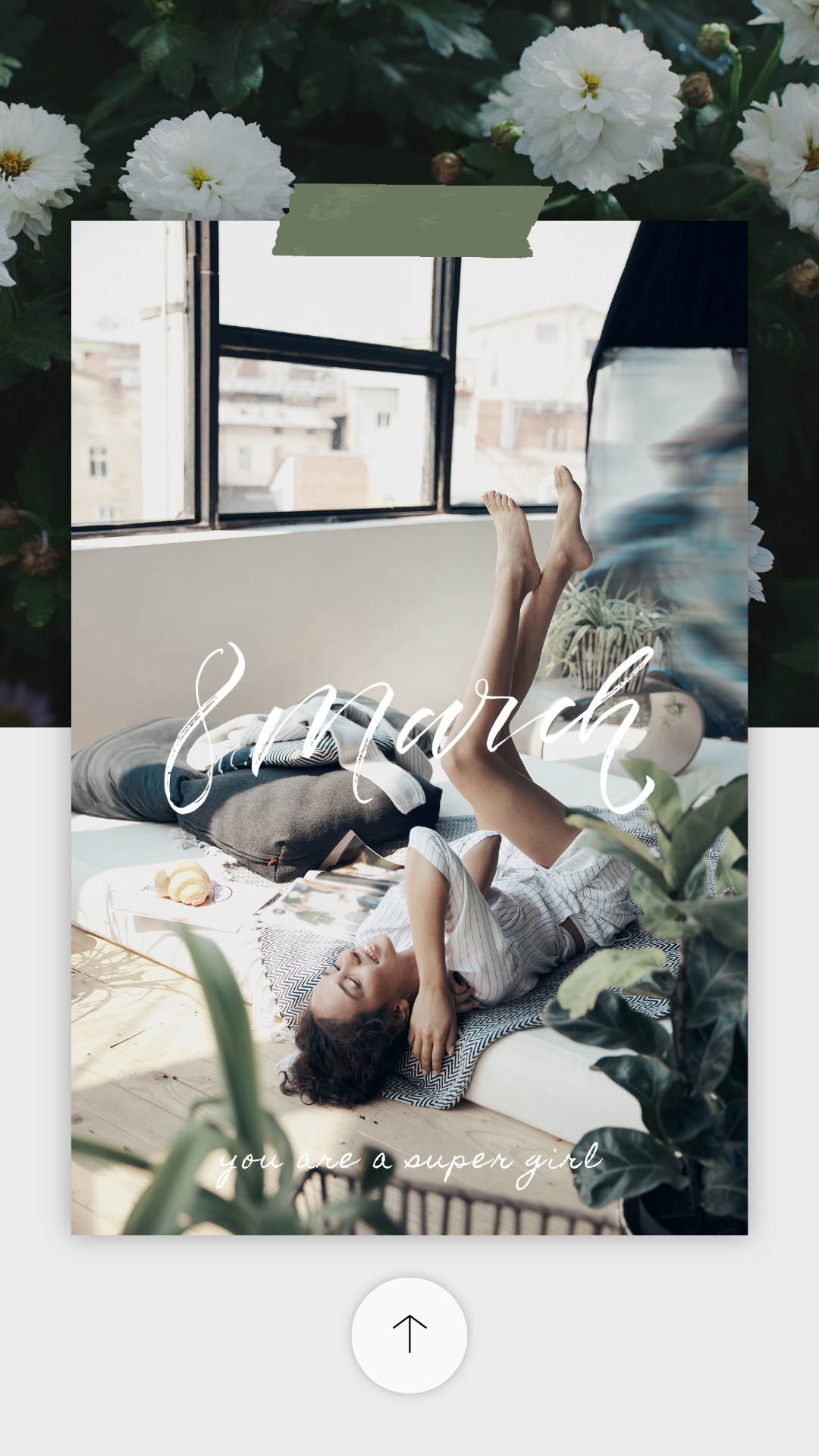 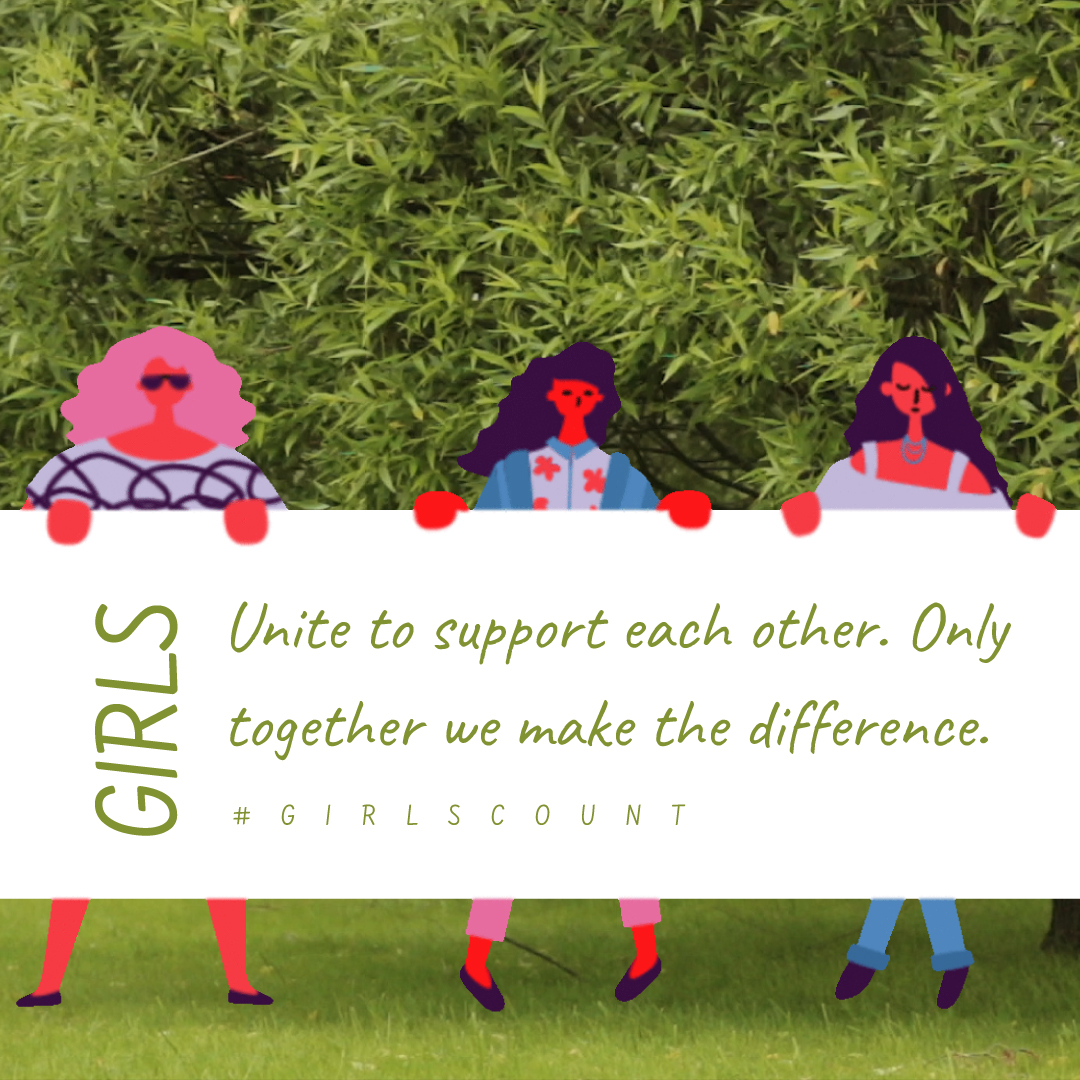 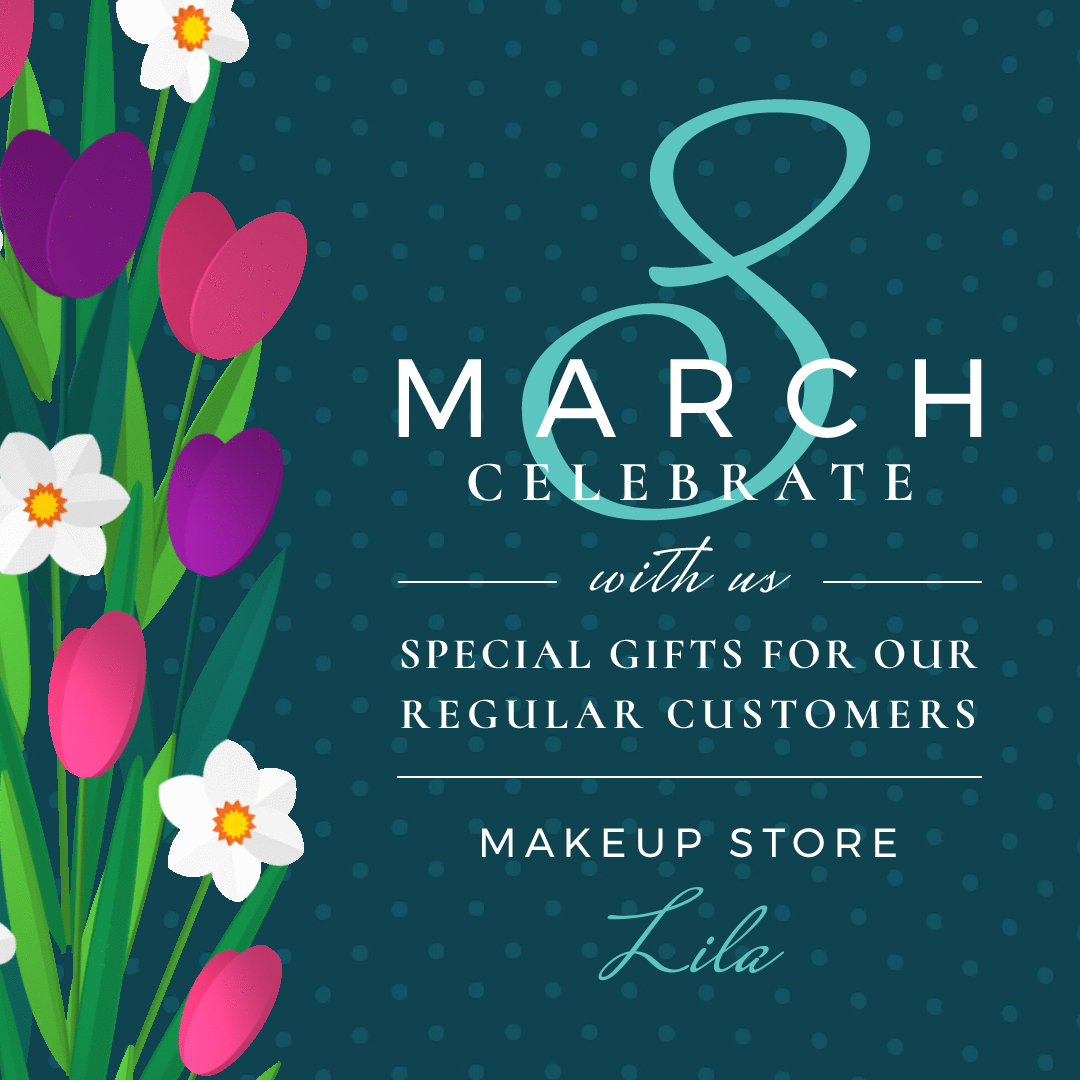