What actually is ... femvertising? Even if the term is still relatively unknown, femvertising has now become part of our everyday life. With women lik...

What actually is … femvertising?

Even if the term is still relatively unknown, femvertising has now become part of our everyday life. With women like Beyoncé, Emma Watson, and Taylor Swift, feminism has arrived in the mainstream and pop culture and is therefore marketable. Companies take advantage of this and use content in their campaigns that are intended to inspire and empower women. Such marketing strategies are called femvertising.

The term femvertising does not necessarily have to mean the same thing as “femwashing,” in which companies only pretend to be interested in women’s political and feminist topics. This feigned activism often only serves to improve the image or sales figures.

Whether femwashing is practiced can be found out, for example, by taking a closer look at the working conditions of employees and the company’s manufacturing processes. Often these contradict the reinforcing pro-feminist statements.

Take Audi, for example: While the group is promoting equality, the board members are Rupert, Bernd, Thomas, Axel, Dietmar, Hubert – there is not a single woman among them.

Take the fashion industry, for another example: On the catwalks, you see mostly women, beautiful women, magazine covers almost always show women – but behind the scenes at the center of power it is mostly the men who make decisions.

The feminism selling point becomes particularly absurd when the company clearly gives priority to other goals.

For critics of femvertising, however, this is just as reprehensible as femwashing, since both advertising techniques aim to make money through “pro-female” claims. 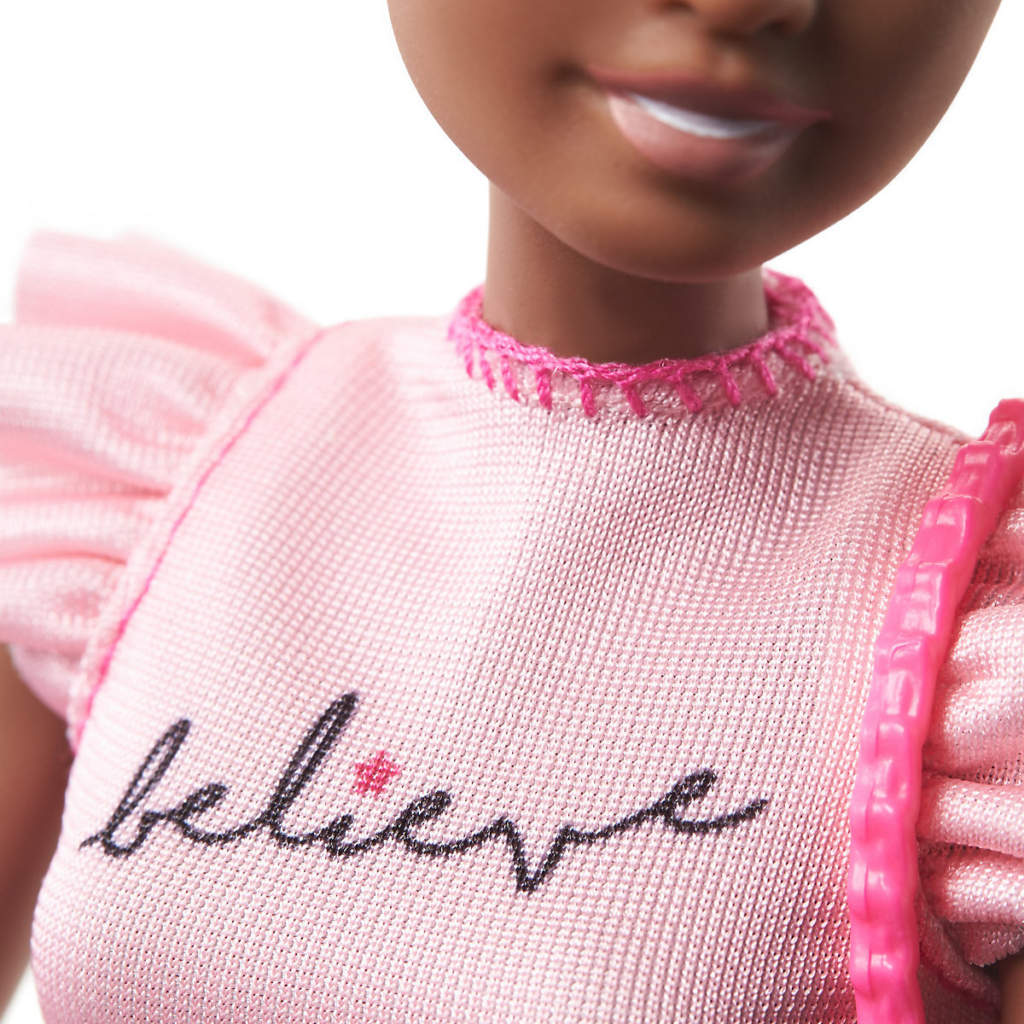 Barbie as a feminist symbol?

In general, there are more and more products that exploit feminism as a lifestyle.

Barbie is super-slim, fair-skinned, and blonde which may not be exactly the symbol for a differentiated image of women. For Women’s Day 2019, manufacturer Mattel has released dolls that are based on important female personalities.

Among the 17 new Barbie dolls are Frida Kahlo and the American aviation pioneer and women’s rights activist Amelia Earhart.

This new Barbie series is called “Inspiring Women” and most of these new Barbie dolls are supposed to depict strong and inspiring women personalities. 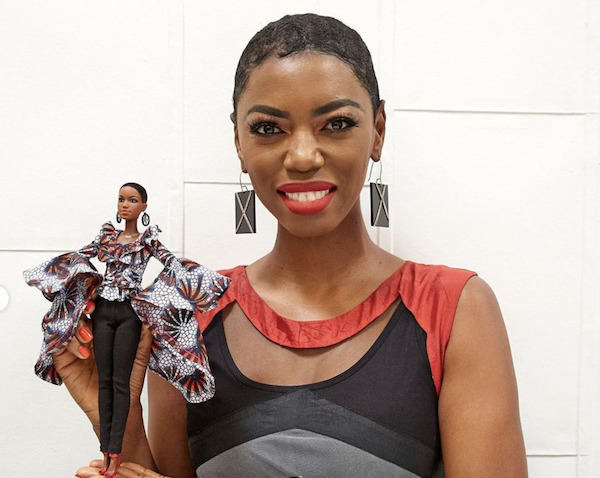 Using the hashtag #MoreRoleModels, women should comment online who else inspires them as an ideal. Advertising using images of strong women – this is also part of the “femvertising” phenomenon.

Using Barbie, Mattel has been trying to represent diversity for a long time. Just in the last few years, there has been a Barbie with a headscarf, Chinese Barbies, black Barbies, Latino Barbies and there is even a lesbian Barbie now, she wears a t-shirt that says “Love Wins”. But the general Barbie look – long legs, made up, smartly dressed – nothing has changed.

Enlightening potential Barbie fans about these women is definitely not bad. But in a way, this is simply taking advantage of a market logic that reinterprets feminism, the women’s movement in terms of profit. Companies benefit from the fact that feminism has long since arrived in pop culture and has become a kind of lifestyle element. 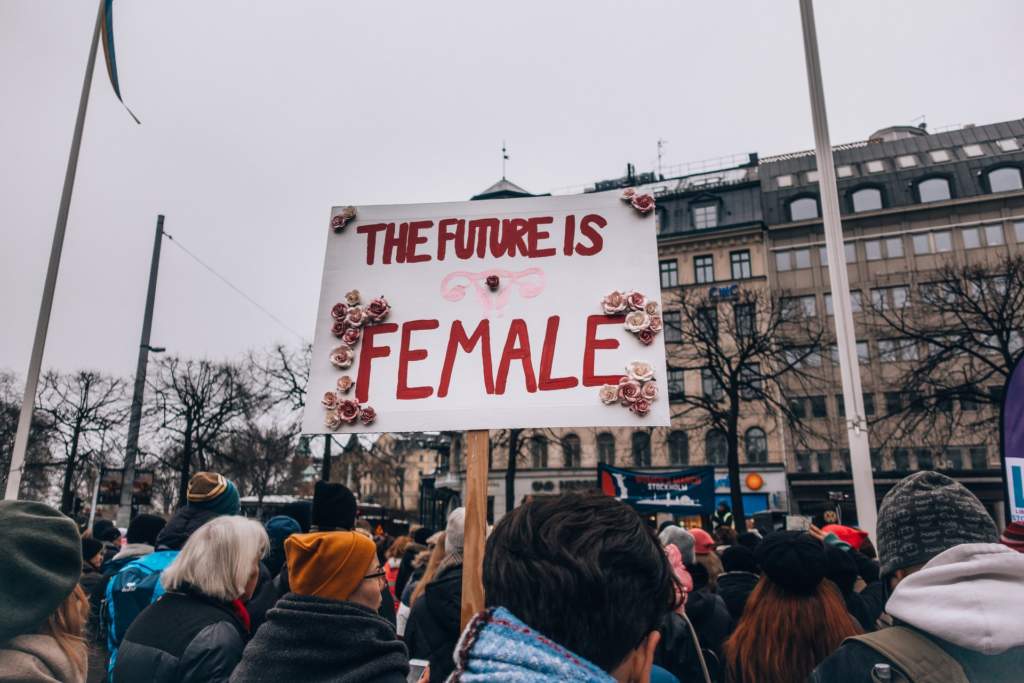 It’s nice that feminism is becoming trendy, one might think. But think again.

Feminism wanted to be unbearable. But now it has become wearable, and worse: feminism is trendy. Feminism is the new likeness of the Palestinian scarf and the studded punk leather jacket. Feminism is now suitable for the masses and marketable.

Sweaters and scarves for men and women with the “Radical Feminist” print were already available from the Swedish fashion label Acne in 2015. From Edinburgh comes the “first feminist perfume”, Damn Rebel Bitches. For those who buy 50 ml for GBP 75, feminism smells like blood orange, hazelnut, pink pepper, roman sage, and malt. 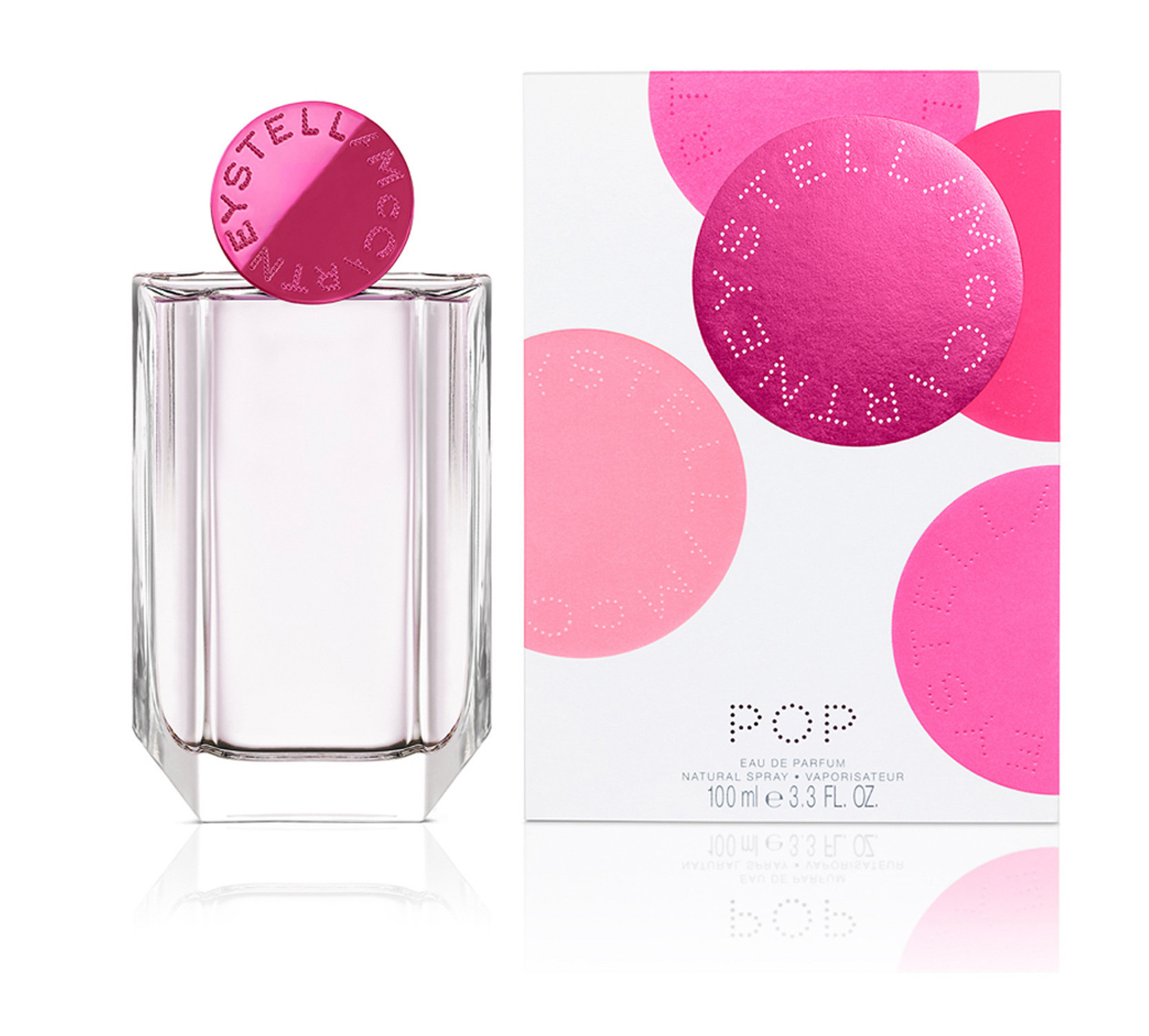 Stella McCartney also has a “female empowerment fragrance,” Pop, which is “a bright, modern and irreverent scent combining the vibrant floralcy of tuberose with sandalwood.” The packaging is so stereotypically pink, only a tutu skirt is missing. 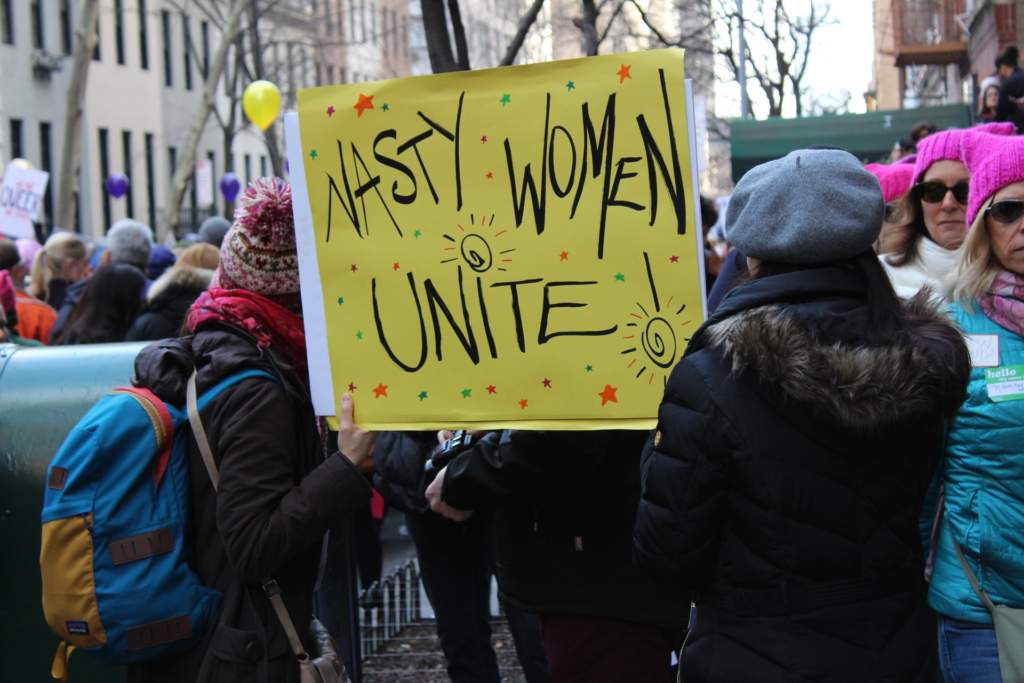 How brave is femvertising, actually?

The founder of Mad & Women, Christelle Delarue, gave a lecture at UNESCO headquarters in 2018 on combating gender stereotypes through feminist advertising. Founded in 2012, the Paris-based advertising agency defends women’s rights by fighting stereotypes in advertising content.

Delarue understands femvertising as the representation of pro-female talents and messages, in which women and girls are empowered, and as a result, a positive social impact is achieved.

“As a woman in the world of advertising, you have the feeling that things are progressing and that all is well. In fact, at 30, sexism, patriarchy, and the management that stemmed from it had left me breathless.” (Puretrend)

Delarue also states that companies are courageous if they dare to campaign for real gender equality.

We already know we are #MoreThanABum

The # MoreThanABum campaign from the fashion brand Wrangler shows what it looks like when femvertising goes wrong.

To show that women are more than just a bum in jeans, however, they decided in their commercial to show many close-up shots of that very woman’s bottoms.

Also, a large part of the video consists of women saying the word “boom” into the camera.

The response from women on Twitter was clear: we don’t need a jeans brand that tells us that we are more than just a bum.

@Wrangler_Europe You tell me I’m #MoreThanABum, but all I see & hear is bum. My poor lady mind is so confused, I just can’t cope.

And should women like that? Feminism is not a perfume that is simply applied – and that quickly evaporates. Slogan t-shirts look great on Instagram, but feminism has nothing to do with it.

When advertisers speak of femvertising, Andi Zeisler, author and co-founder of Bitch Media, calls it “marketplace feminism“. Feminism may be part of pop culture, but what about the political significance? What about the idea? Commercialization belittles feminism, robs it of meaning.

The commercialized feminism factor is not about the community, about the well-being of others, possibly even women as a whole. Yes, consumers can also have a political intention, they can know who Simone de Beauvoir was, but usually, they do not and they do not know that. If feminism is a quick summer fashion, that also means: it will quickly go away.

As it turns out, femvertising is a polarizing topic with many facets. It is debatable whether companies use feminist content in their advertising campaigns because they really care about the topic or because they see it as a way to get some quick money.

To implement real femvertising in the sense of Christelle Delarue’s point of view, it is just as important what happens behind the camera and not just what can ultimately be seen in the commercial.

That is why more women are needed in the marketing and advertising industry who write scripts, operate cameras, conduct castings, and produce campaigns – because ultimately only women can decide for themselves what encourages and inspires them.