This US public holiday overlaps with the French Armistice Day and marks the day in November when the First World War came to an end. In the US it is bigger than this, though, and hails all the Veterans who served their country at all times.

On 11 am, November 11th, in 1918, the cannons went silent over Compiègne, France. This minute marked the end of the first World War. On the “eleventh hour of the eleventh day of the eleventh month”, the cork was put on the affair that cost humanity 22 million military and civilian lives.

The Armistice Day was first marked in the US in 1919, one year after the end of World War I. It became a national holiday in 1938 following Congress’s pledge. Yet, the period of peace didn’t last long, and in 1939 the world entered the second and even deadlier war.

In 1945 Raymond Weeks from Birmingham, Alabama, proposed to president Reagan to rename the Armistice Day into a Veterans Day to acknowledge all the veterans who went through World War 2, as well. Reagan agreed, and Weeks led the first national Veterans Day parade in his town.

As of the year 2018, there was information about a vast audience of 22 million veterans in the USA. Of them, 1.6 million are female and 9 million are over 65 years of age. This explains why the modern definition of Veterans Day became more diverse and inclusive while keeping the highest levels of respect and engagement.

The icon of the day in Europe is the red poppy. It emerged after the poem “The Flanders Fields”, written by Colonel John McCrae. In the poem, a young colonel mourned over endless fields of red poppies, where millions of young men in their colored uniforms lied, killed in one of the most deadly battles of WWI.

In Canada, Veterans Day is celebrated the same as in Europe and the USA, so expect to use images of the red poppies on this day, too. If you’re handling an event or influencer photos flow, it’s a must to have a poppy flower pin on your hero’s lapel. A touching symbol, it requires no explanations while saying a lot.

The great tradition of Veterans Day is to ask someone about their service. This makes a unique bonding experience for the families and communities. Find a veteran whom you know, and reach out with a polite request to tell their story, or give an interview.

As the Veterans Day and the birthday of the US Marine Forces (November 10th, 1775) are only a day apart, this branch of the military’s tradition is to celebrate both occasions with a 96-hour liberty period. Sounds like an invitation to a party with a navy dress-code!

It’s a unique occasion for your brand to work on the bigger picture. Get your campaign out there, lure the veterans’ families and friends to join the movement, share the promotion, and people will remember that you #supporttheveterans.

First things first—in the USA, Veterans Day is written without an apostrophe, so keep this in mind when writing slogans and proofreading quotes. Also, make sure you use recognizable camo aesthetics to win over Instagram, one of the top social networks among military families.

Veterans of marketing (pun intended) advise being very cautious when planning activity for this period. You do not want to look cheap like you’re simply ticking off the box on your calendar with any deals you have at hand.

The biggest brands are honored to give amazing gifts on this day—and we’re speaking of giants like Jeep and Starbucks. The latter’s usual strategy on Veterans Day, for example, is to serve free tall sized coffee specials to all veterans and military members.

Let your graceful and touching ideas be backed up with very convincing research. In the USA, 95% of respondents will buy from a brand that offers a discount on Veterans Day over the one that doesn’t.

#00bfff
#ffffff
#ff0000
#0000ff
The navy color makes a solid background that emotionally represents confidence the veterans provide to their communities. The patriotic tricolor is big on this day, and the white color is used a lot. The happy red is a staple of the patriotic decor, so expect lots of it on this day. Stand out by using red in the call-to-action buttons only. Did you know that most people in the world actually name blue as their favorite color? It makes us feel safe and balanced—something you definitely want to thank for on Veterans day! 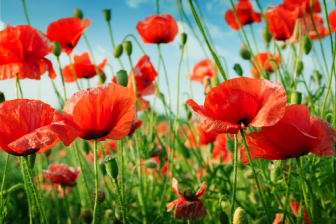 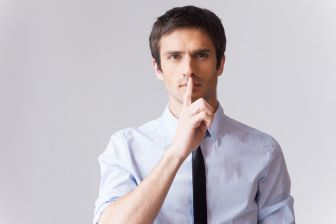 A Minute of Silence 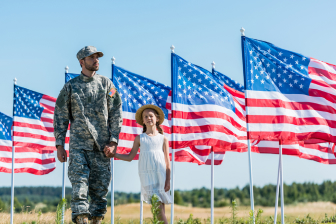 Poppy Flower—A quick & lovely solution is to adorn your logo with a poppy flower on Veterans Day. Social media covers and avatars can use the same approach.

Flags of military branches—The flags of Marine Corps, Air Force, Army, Coast Guard, Navy, and Spaceguard. Fly a flag on your house or office as a greeting to the serving members.

A Minute of Silence—In the UK, the minute of silence occurs on November 11th, at 11 am. This tradition is supported in several American states, too.

Patriotic decor & foods—Finally, an appropriate party to show off your flag-inspired cake that you never made for the 4th of July!