It is a well-known event everywhere beyond French borders. The most prestigious 23-day pro cycling event in the world has been around for over a hundred years. A sports marketing occasion like this is second to very few modern competitions.

As some other global holidays, Tour de France had been created as an opportunity to promote a product, in this case, a newspaper. In the first years of the 20th century, two magazines rivaled the French market—Le Velo and L’Auto. L’Auto was way behind the competition and decided to create a Grand Tour of previously unseen scale to raise the sales.

In 1903, the very first Tour de France was held. 24 participants managed to finish it, setting a new record and triumphantly doubling the sales of the magazine. Over the next years, the race had grown into something much bigger than its inventors expected. It created a community of its own, a community where both sportsmen and amateurs are welcome, but the threshold is high.

Ethical behavior is a big thing in this race. Understandable, since the national pride of French is the exemplary gallantry. The unofficial rules of the Tour de France make sure that in the grim situations of the collisions and crashes on the track, athletes remain the constrained speed and assist their peers to reach the finish line.

Until the 1960s, the competitors were using the traditional French drinks—wine and beer—over every stage of the race, mainly to numb the pain. Later the alcohol was proclaimed a stimulant, so the sportsmen are banned today from having a demi in every other village. Luckily, tourists and fans gladly step in and bottom-up several glasses to show their support.

Direct marketing is just the tip of the iceberg during this period. Tour de France producers attract five huge sponsors for the race itself. Over 300 other brands get involved through sponsoring the competing teams. Among these are the behemoths like Emirates airlines and Movistar—understandable, considering that the team budget for a year can reach 15 million Euro.

The Tour de France sometimes gets named a successful content marketing case with great ideas behind it. The event’s stages create a natural storytelling grid to be filled by champions, fans, and brands. Memorabilia and cross-promotions are perfect for the sports-centered businesses, yet you could look at it even if you’re not in sports. Think the lifestyle, travel, fashion, beauty, celebrities, or Instagram—all of these have had their place in the Tour de France centennial history.

Why not run your local cycling-themed event? A toddler bicycle race? A grassroots charity hashtag activation? Summer is a great time to bump up your messages, while the timing of Le Tour makes it perfect to set a date for community marathon, business boot camp or summer camp.

Celebrate the perseverance and fierce reach out for excellence, two staple features of Tour de France, in your materials on this day to bring the glory of this championship to your audience.

Yellow and its shades are common prevailing hues in the designs and promotional images developed for the international Tour de France marketing.

Yellow, black and white is the brand colors used in the official event logo featuring a circle and a calligraphic name Tour de France. This dynamic and aggressive look obviously suits the race, but it is also known to be the best-readable color combination. 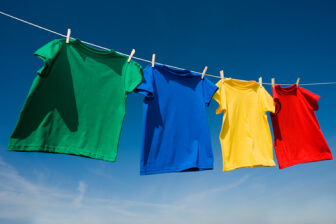 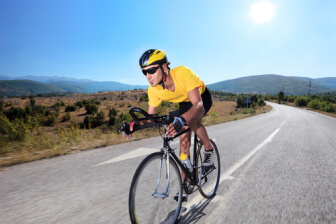 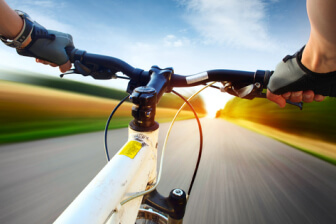 Colored Jerseys. At the end of each race day, the results define leaders in different competitive categories, such as overall time, number of points, young competitors, and such. According to this classification, they’re given different colored jerseys—yellow, green, red and white—for the next day’s race.

Figures of cyclists arching their backs on bicycles are traditionally used as centerpiece picture in the Tour de France materials. The graphic minimalist strokes became race’s trademark. As a design element, they’ve been consistently applied through decades to each trending design style, from Art Deco to Glitch. 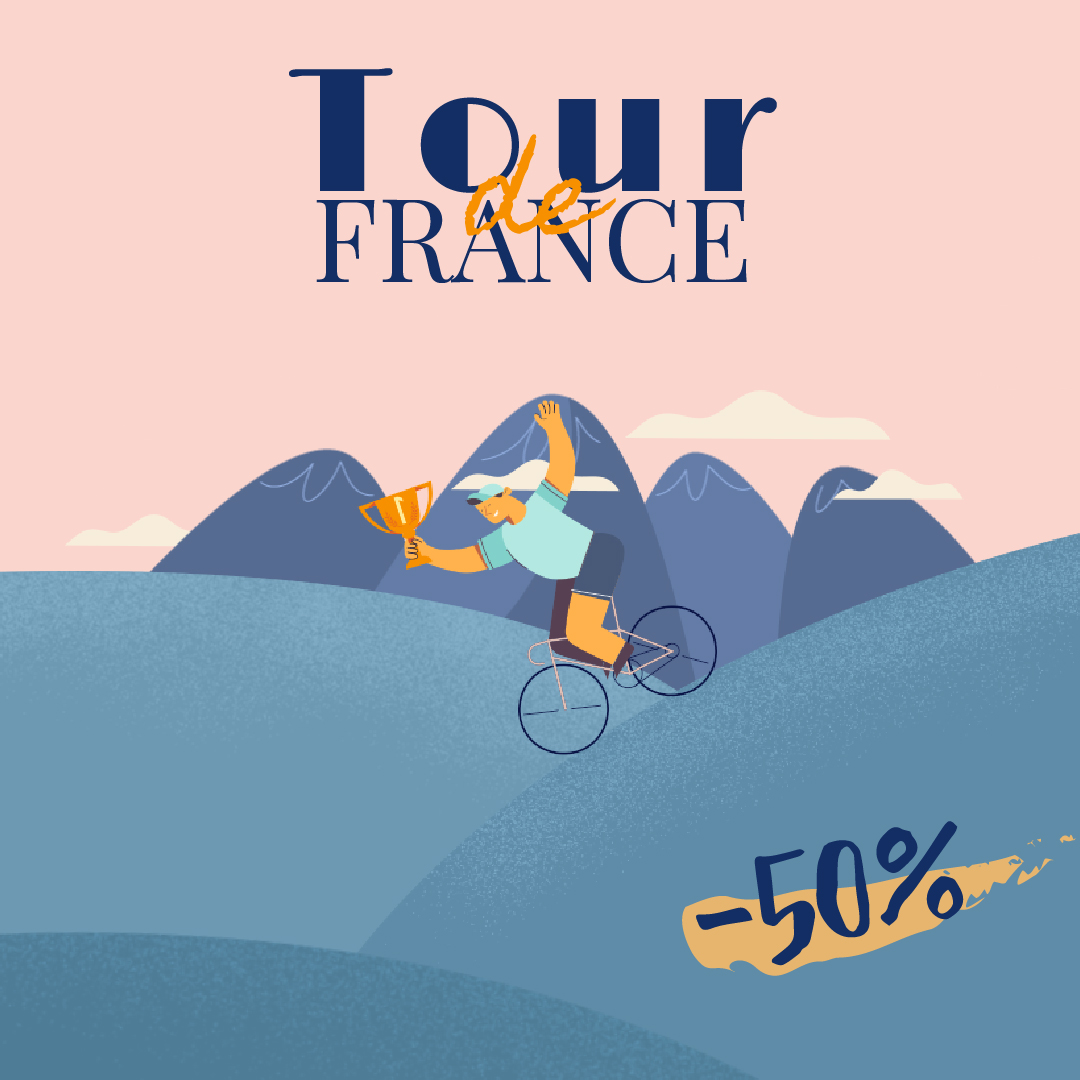 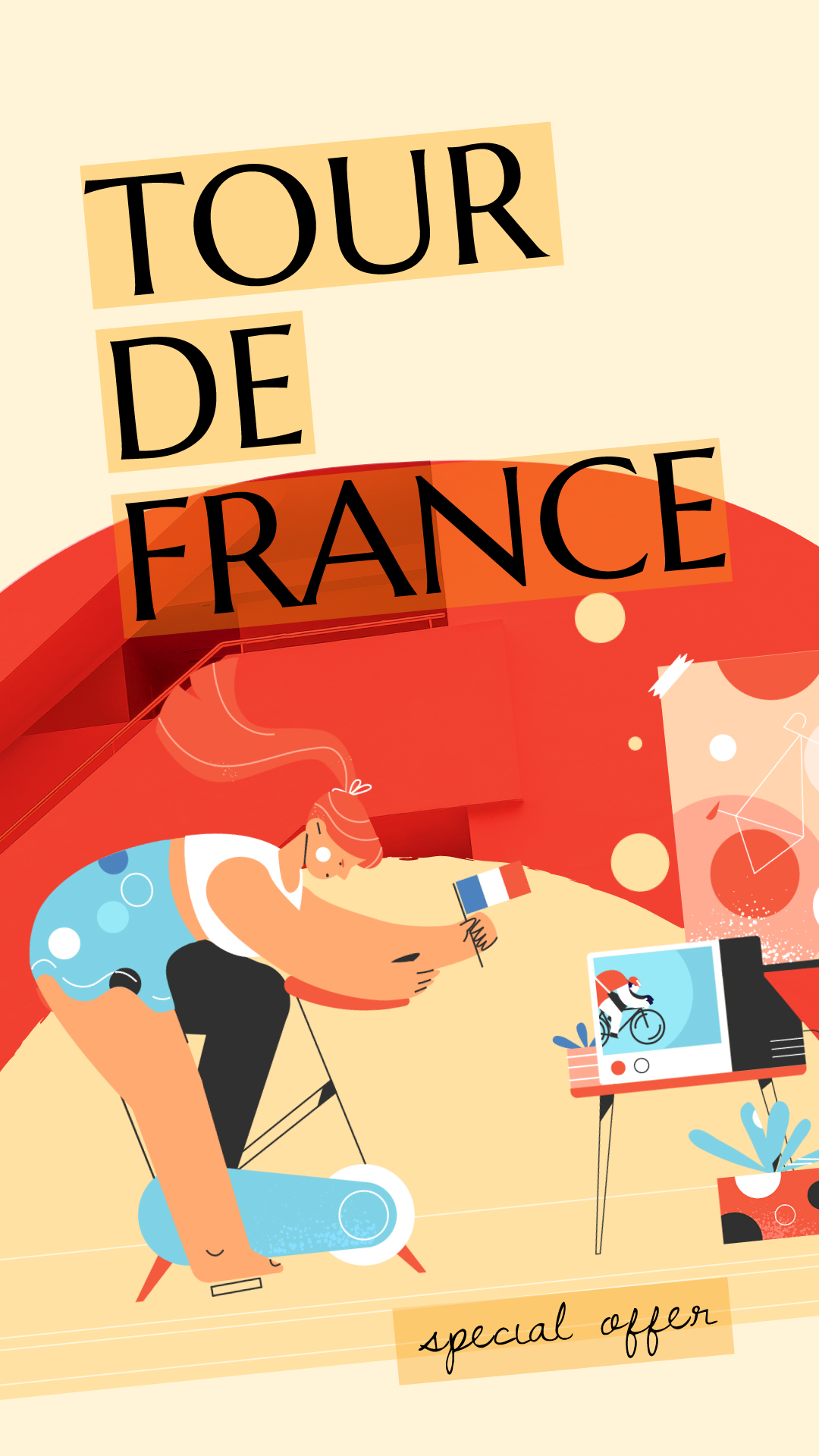 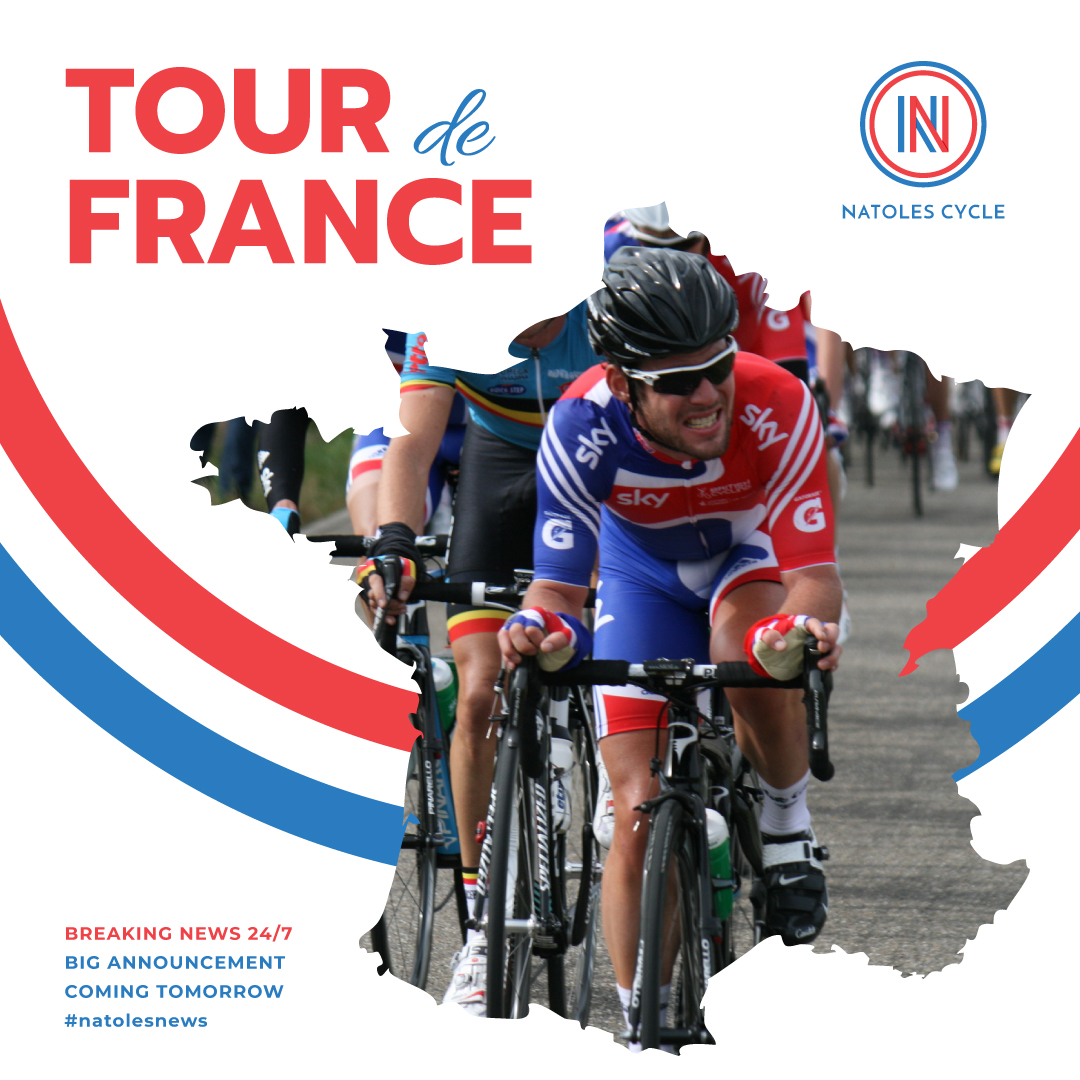 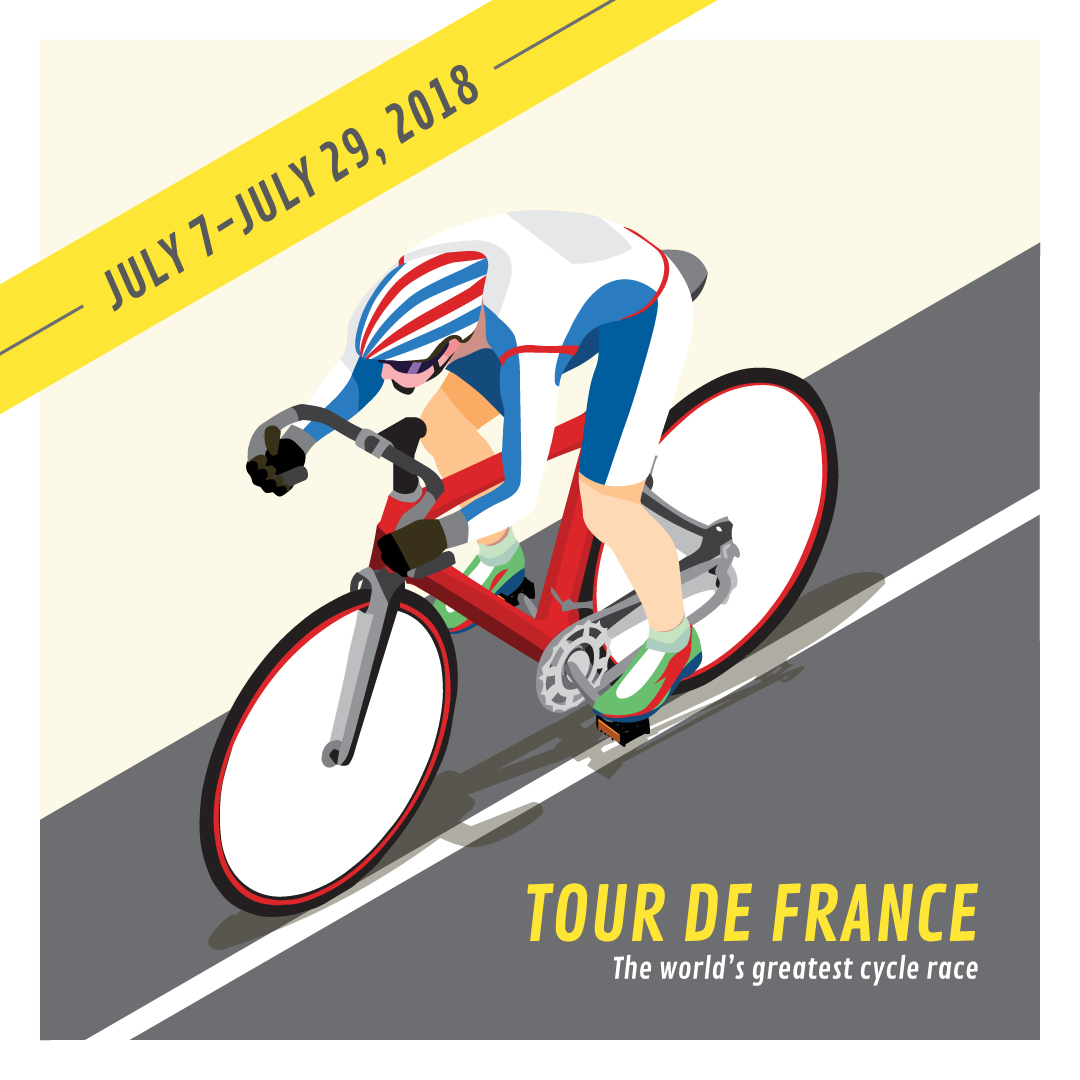 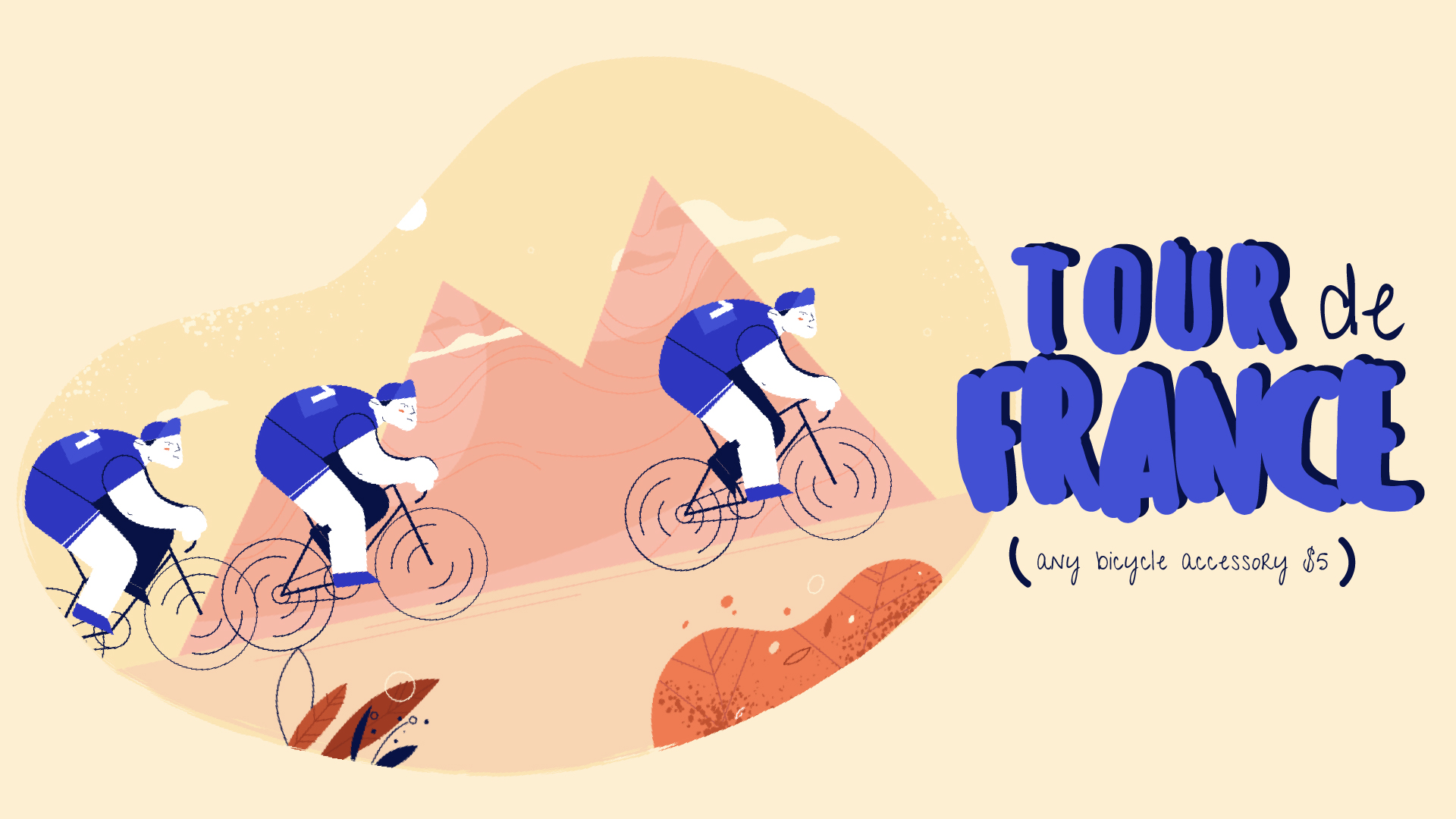 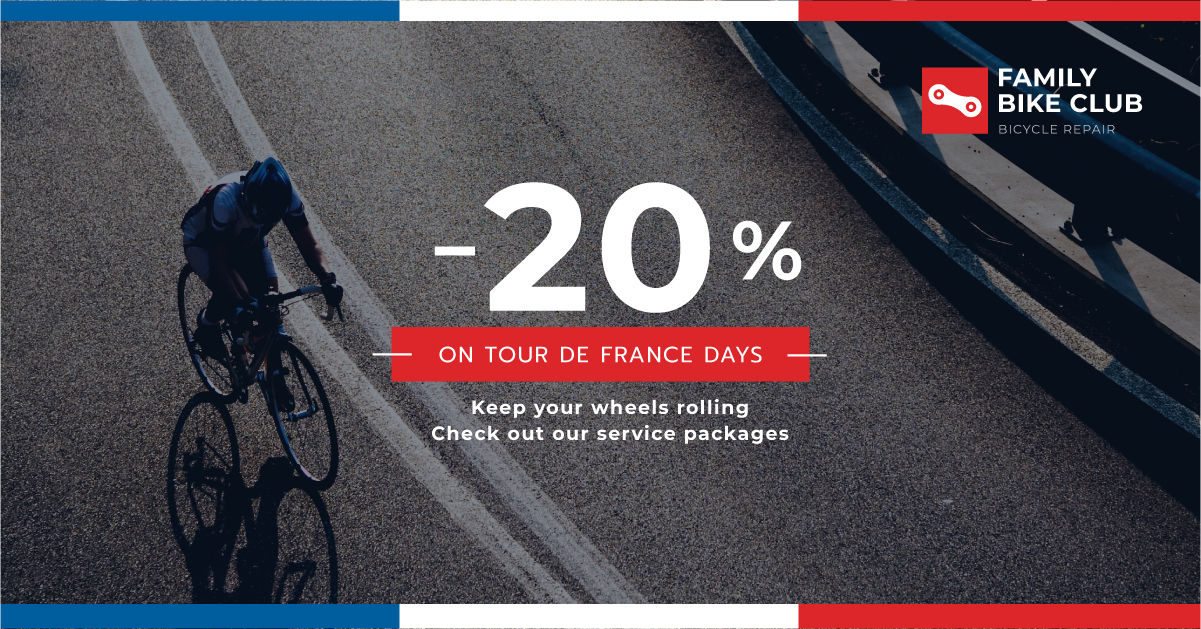 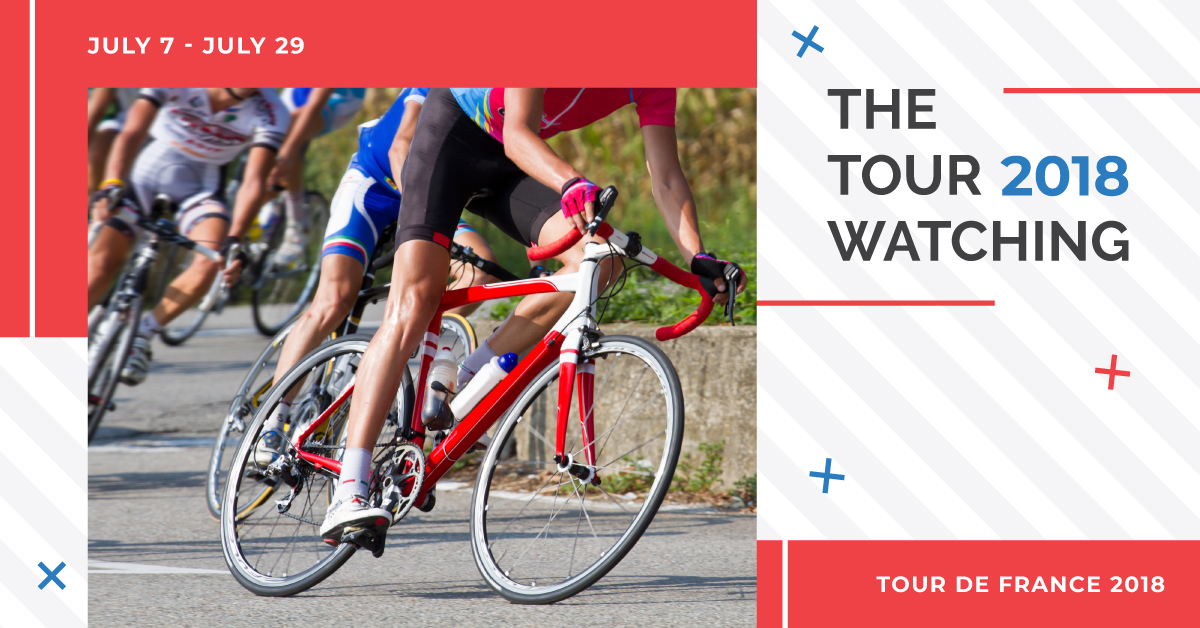 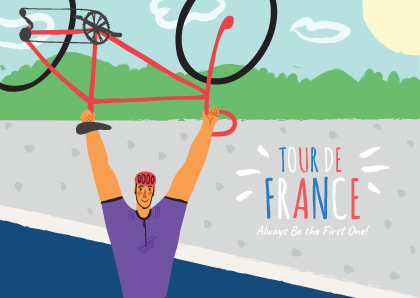 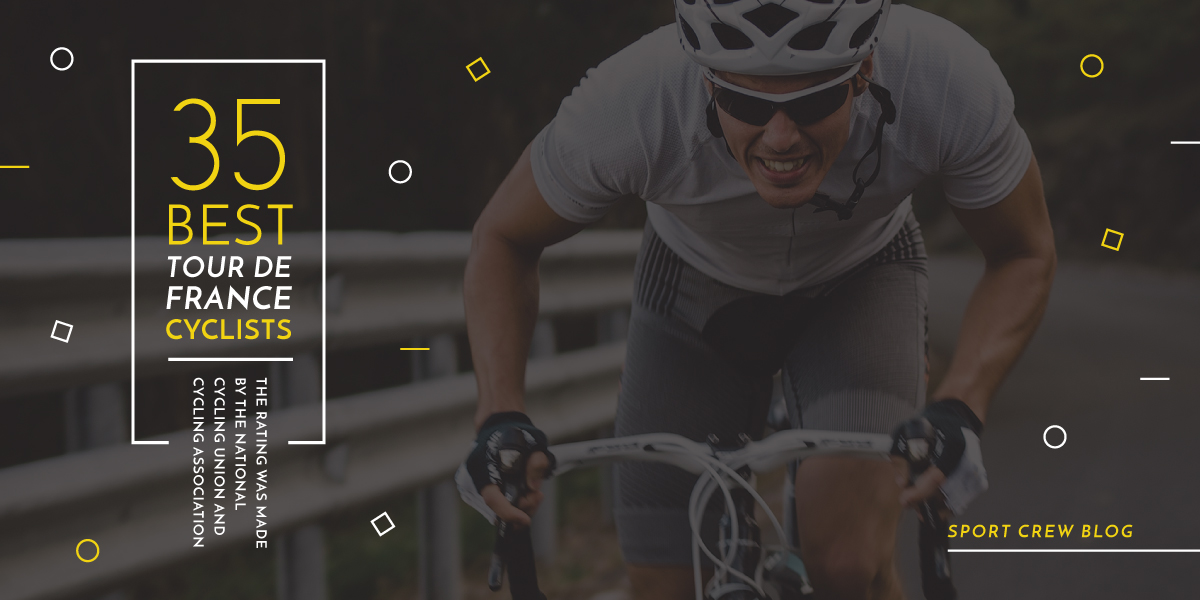 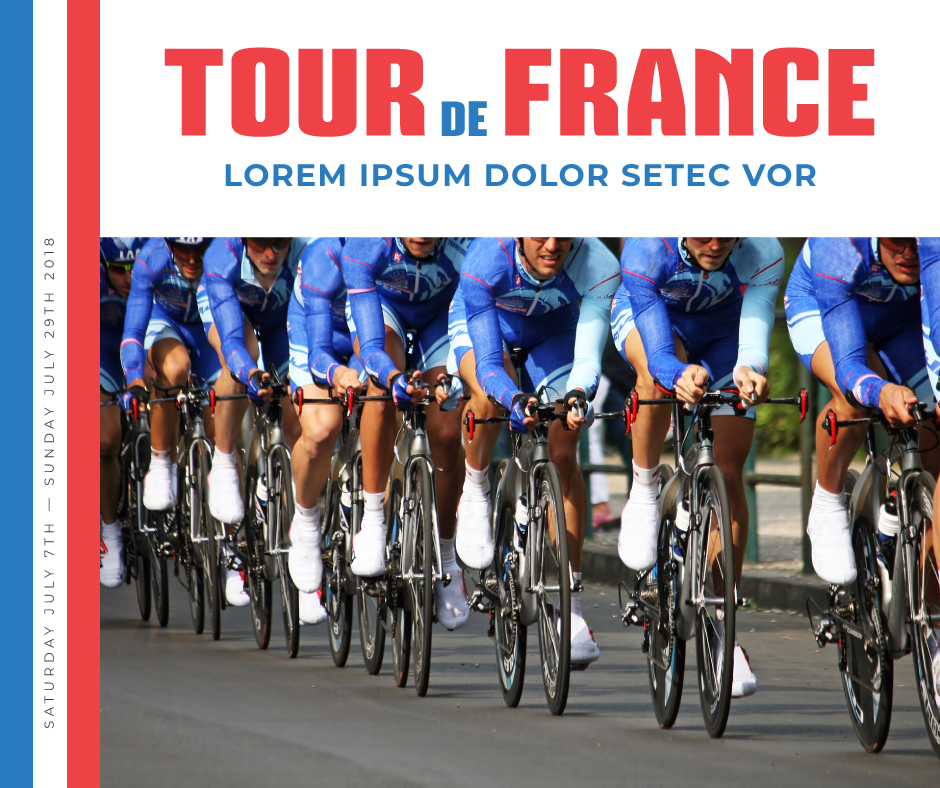 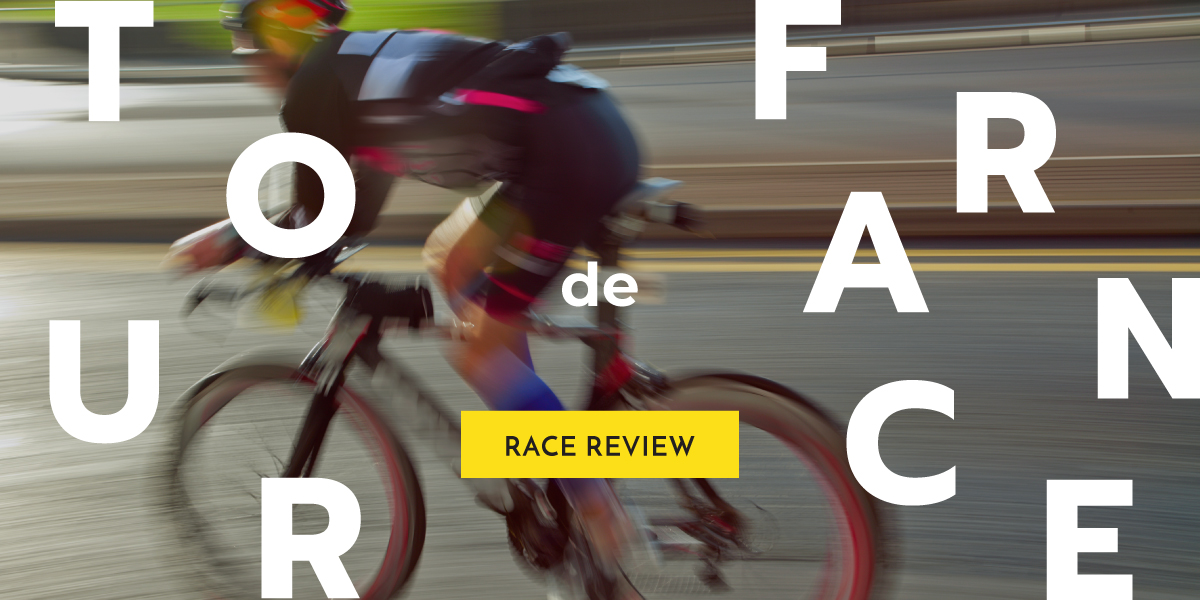