Whether you love beer or not, the Oktoberfest holiday needs no introduction. During the period of the festival, people upload thousands of photos to their social media profiles with event-related hashtags such as #Oktoberfest and #Wiesn to share the atmosphere of the beer festival.

The first Oktoberfest appeared in 1810. It wasn’t a beer festival—it was a way to celebrate the royal event in honor of the marriage of Prince Ludwig and Therese of Saxe-Hildburghausen when common Munich citizens were invited to congratulate the newlyweds during the period of five days.

It was a big festival with a horse race held in an open area called Theresienwiese (local people abbreviated the name of that area to the "Wiesn" and it’s an alternative name to Oktoberfest even these days). Later, the festival transformed from a wedding party to the unique world’s largest beer festival.

Today, Oktoberfest is a celebration of Bavarian traditions, so it’s impossible to find international beer during the festival—all beer is brewed in Munich. Every year, beer lovers from all over the world come to Munich in the mid-late September to the first Sunday in October in order to express appreciation for Bavarian traditions.

Although Oktoberfest starts in mid-September, this name has two main reasons: The first Oktoberfest appeared on October 12 in 1810 and the last day of the beer festival is always on the first Sunday of October.

Oktoberfest is another great opportunity for different businesses to interact with an engaged audience that comes to enjoy the funny moments of their lives.

As a festival with a history that dates back to 1810, Oktoberfest has established a great number of traditions, associated with this festival. If you want to understand people who attend Oktoberfest better, it’s important to know more about the common traditions attendees follow during the festival.

Enjoy the chicken dance: No matter how old are you, it’s more likely that this dance needs no introduction. It’s silly and catchy, so it’s just perfect for Oktoberfest where people enjoy the happy moments of their life and have fun.

Make a pretzel necklace: When people drink a lot of beer, they grab snacks, so it’s no wonder that the pretzel has become a staple of Oktoberfest. Since people have fun at the festival, it’s easier and funnier to have pretzels on the neck. Thus, people have established a tradition of making a pretzel necklace that serves as a snack and a souvenir.

Wear lederhosen and dirndl: The majority of people visit Oktoberfest to enjoy the festive atmosphere. And if you want to get into the spirit of Oktoberfest, it’s a good idea to wear traditional costumes—lederhosen for men, and dirndl dresses for women.

Watch the gun salute: Oktoberfest always starts and finishes with the salute when people fire a gun from the foot of the Bavaria statue.

With a great number of interesting and unusual traditions of Oktoberfest, it’s no doubt that people can have fun every day of the festival even though it lasts for 16-18 days. Now that you have a clear picture of Oktoberfest, it’s easier to plan a successful brand promotion campaign.

Like Oktoberfest images: Oktoberfest is one of the most popular folk festivals in the world, so people upload thousands of pictures during the festival. If you’re looking for simple and effective ways to attract your target audience, it’s a great idea to pay attention to their social media photos and like or comment on them. After all, people love authentic brands that are interested in their potential customers.

Create engaging quizzes: This festival has a great and interesting history, so it’s a great idea to test your social media followers and engage them in conversation. How? Create interesting quizzes around Oktoberfest. To build hype around your interactive content, you can send an invitation to your followers so that more people can give your quiz a try.

Give away event-related gifts and souvenirs: Millions of people dream about attending Oktoberfest, so it’s more likely they want to feel the spirit of the festival. If you can get souvenirs from the fair, you can organize a social media contest to interact with your followers and give them an opportunity to get gifts from your brand. In other words, it’s an easy way to increase brand awareness and boost engagement.

Livestream Oktoberfest to show behind the scenes: Once again, many people would like to visit Oktoberfest. Whether your business takes part in the event or your brand advocates visit Oktoberfest, it’s a great idea to live stream the festival, and therefore give your followers an opportunity to feel the atmosphere. Remember that giving your fans what they want is a proven way to increase brand loyalty and trust. Simply put, it helps to promote your brand.

Whatever activity you choose for your Oktoberfest marketing campaign, it’s important to use eye-catching visuals, related to this festival. Here at VistaCreate, we have a great collection of design templates for any taste and need. 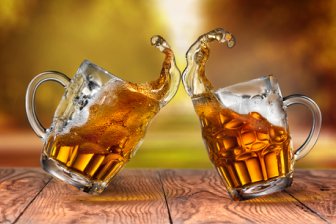 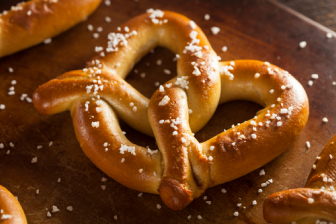 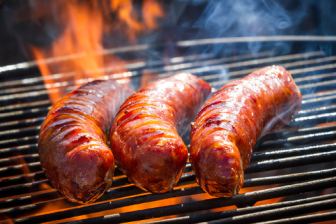 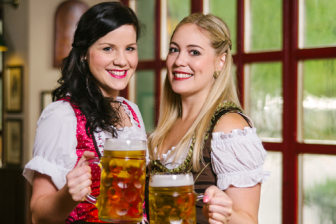 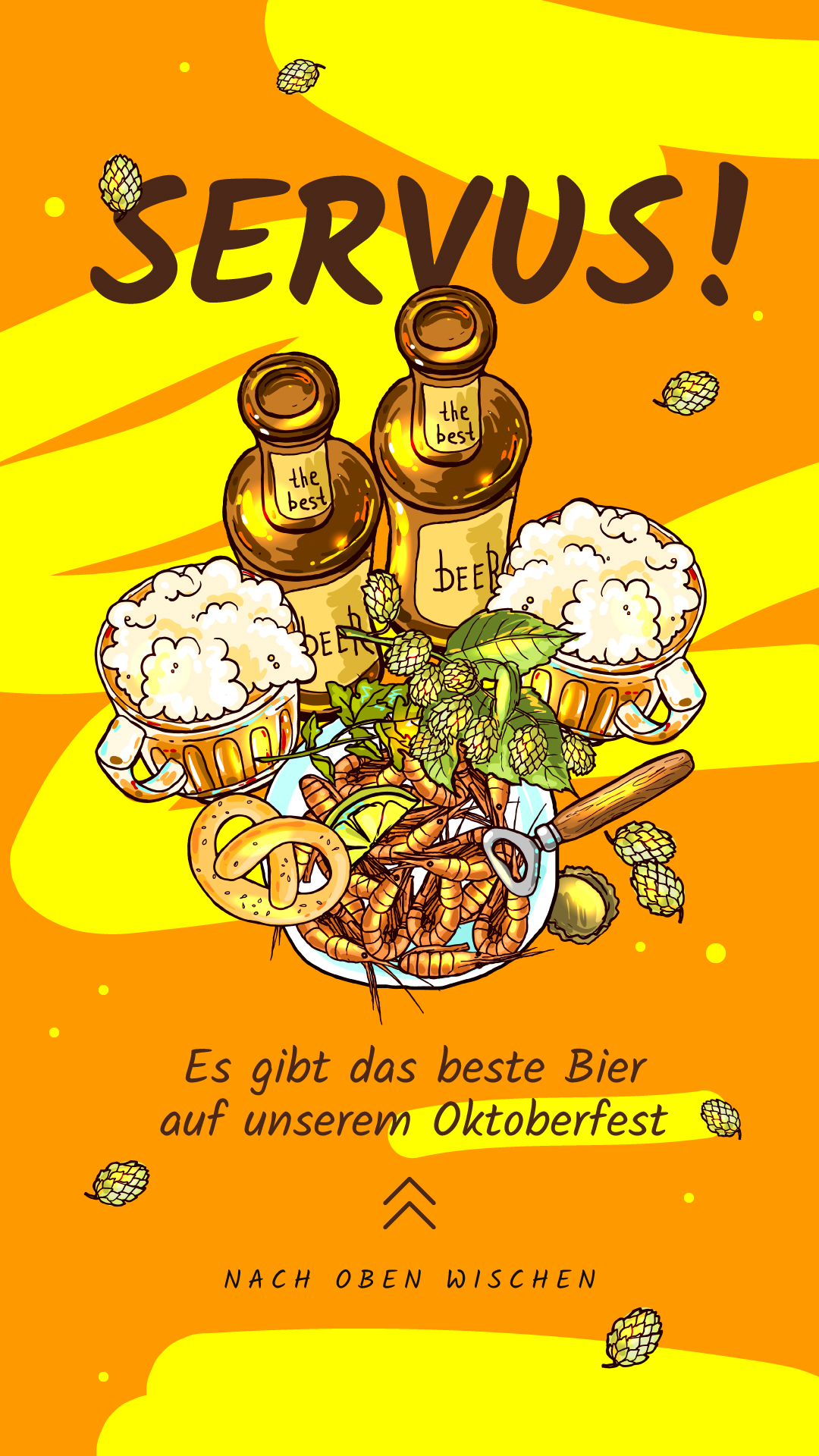 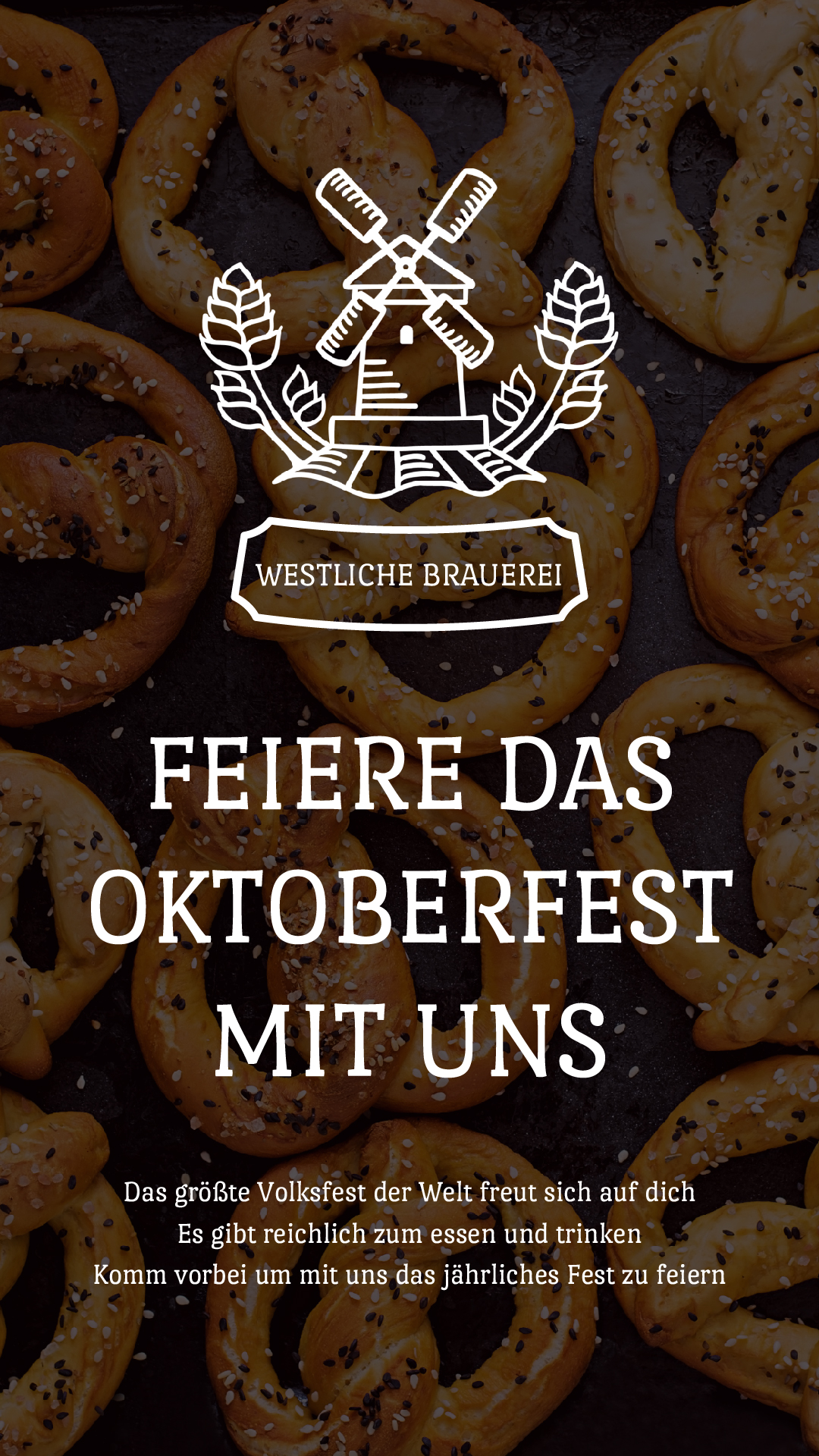 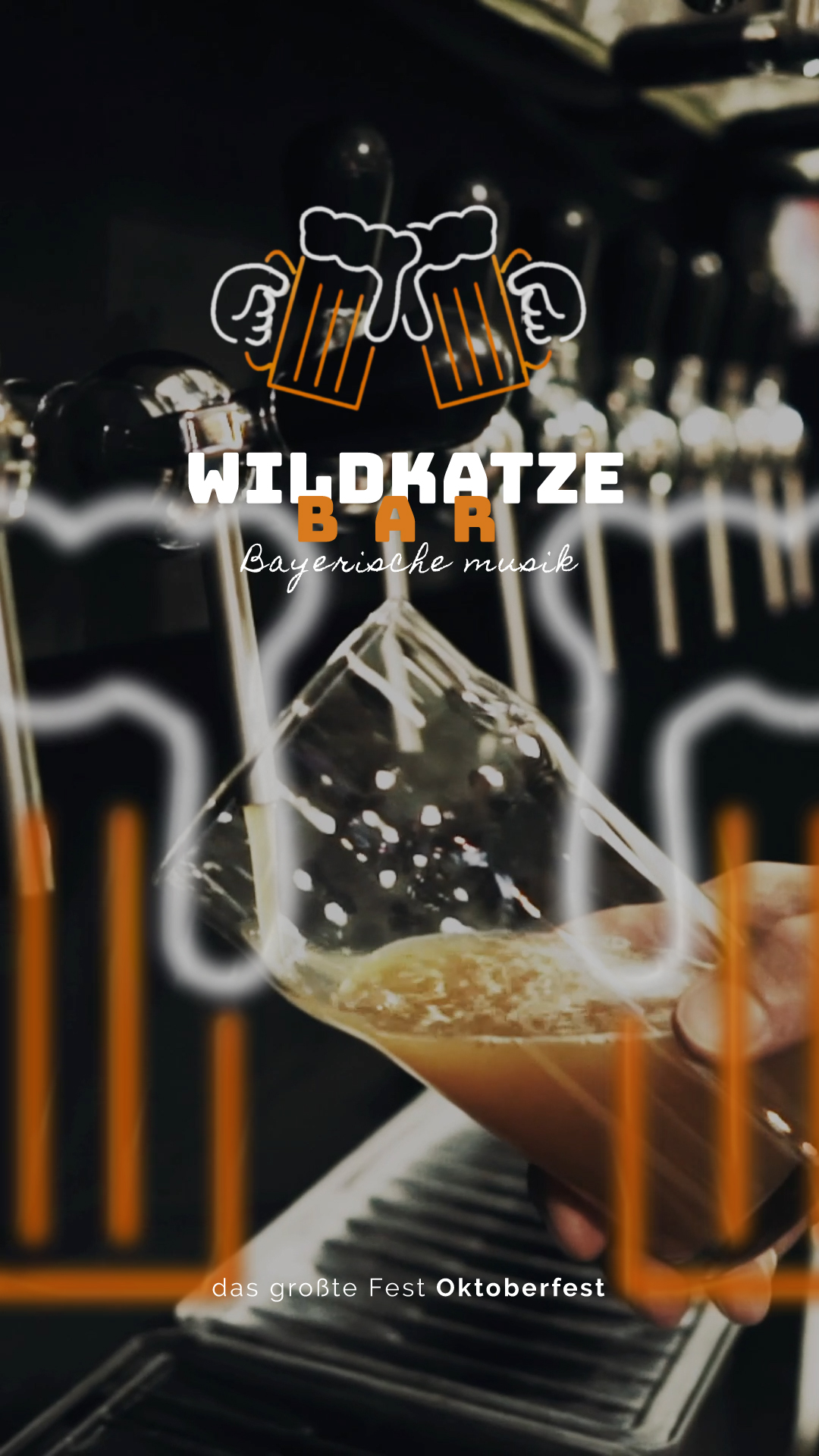 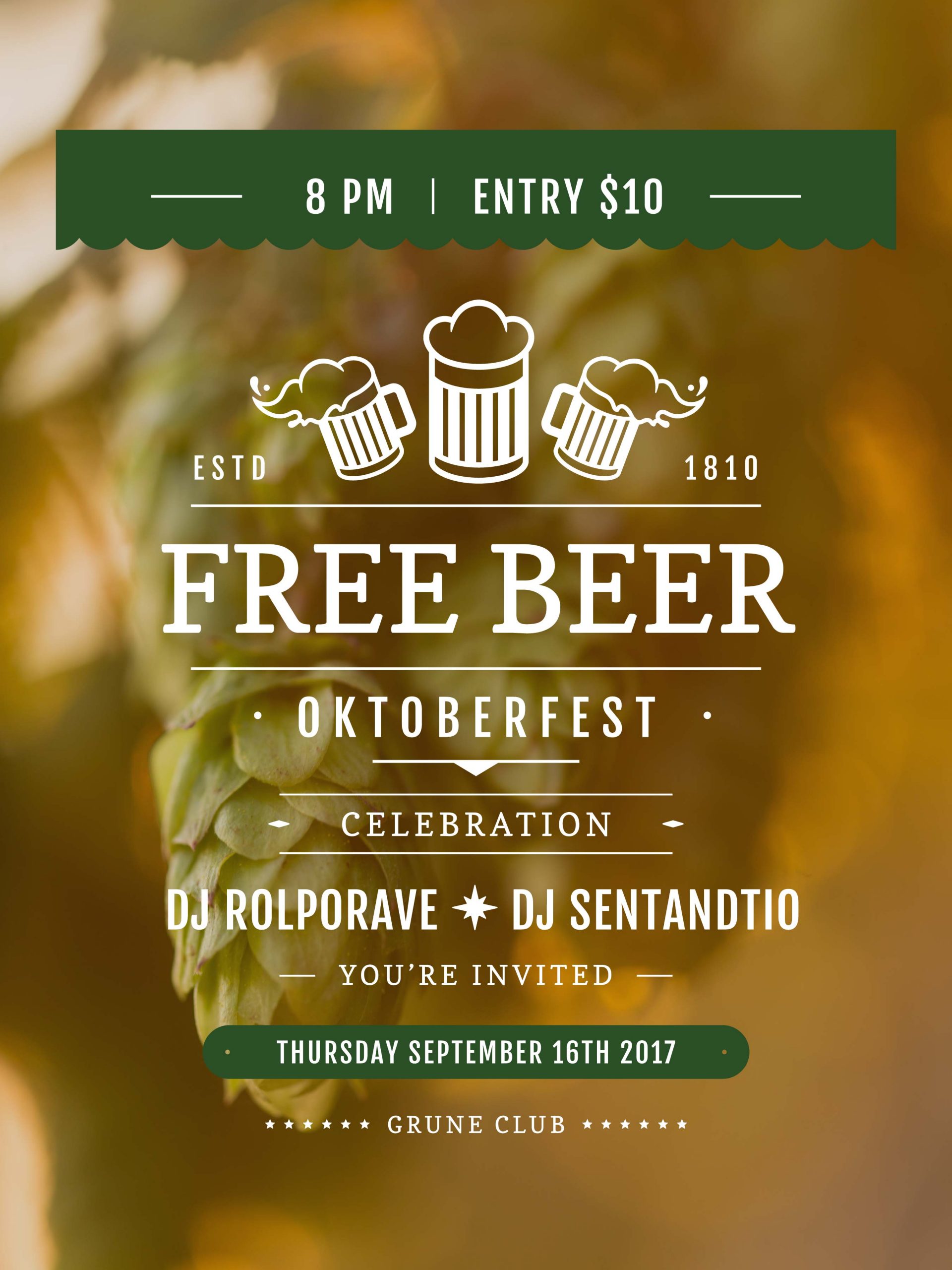 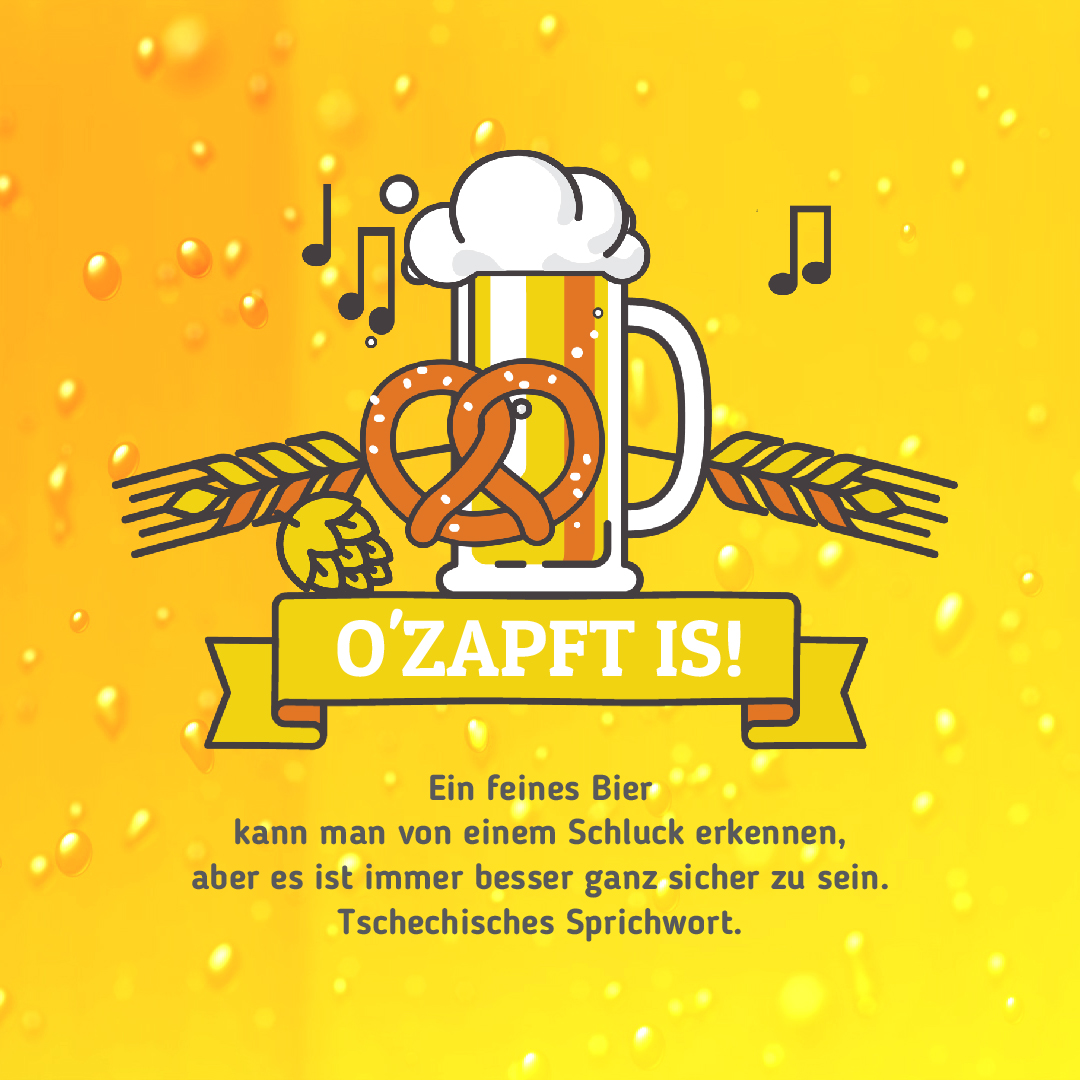 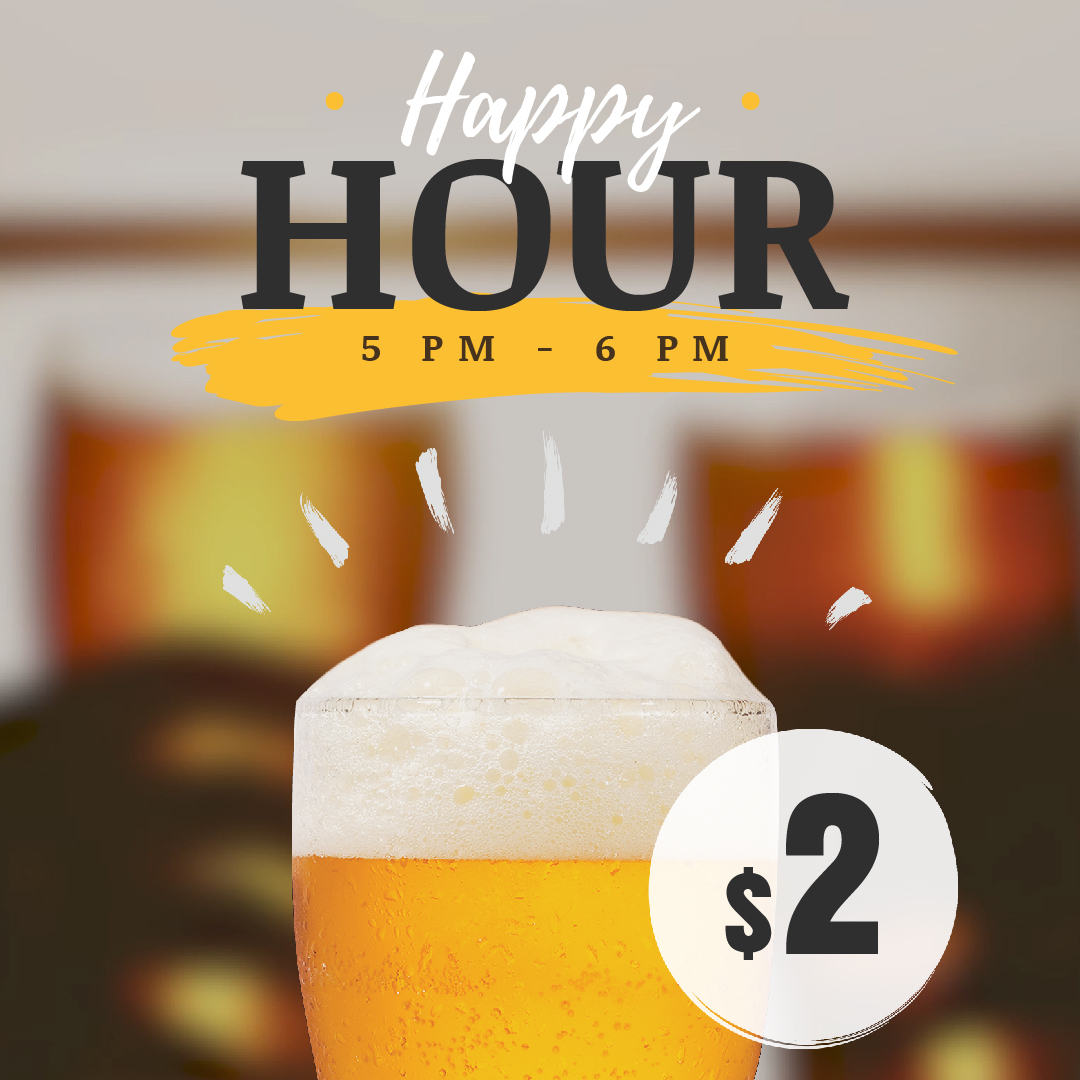 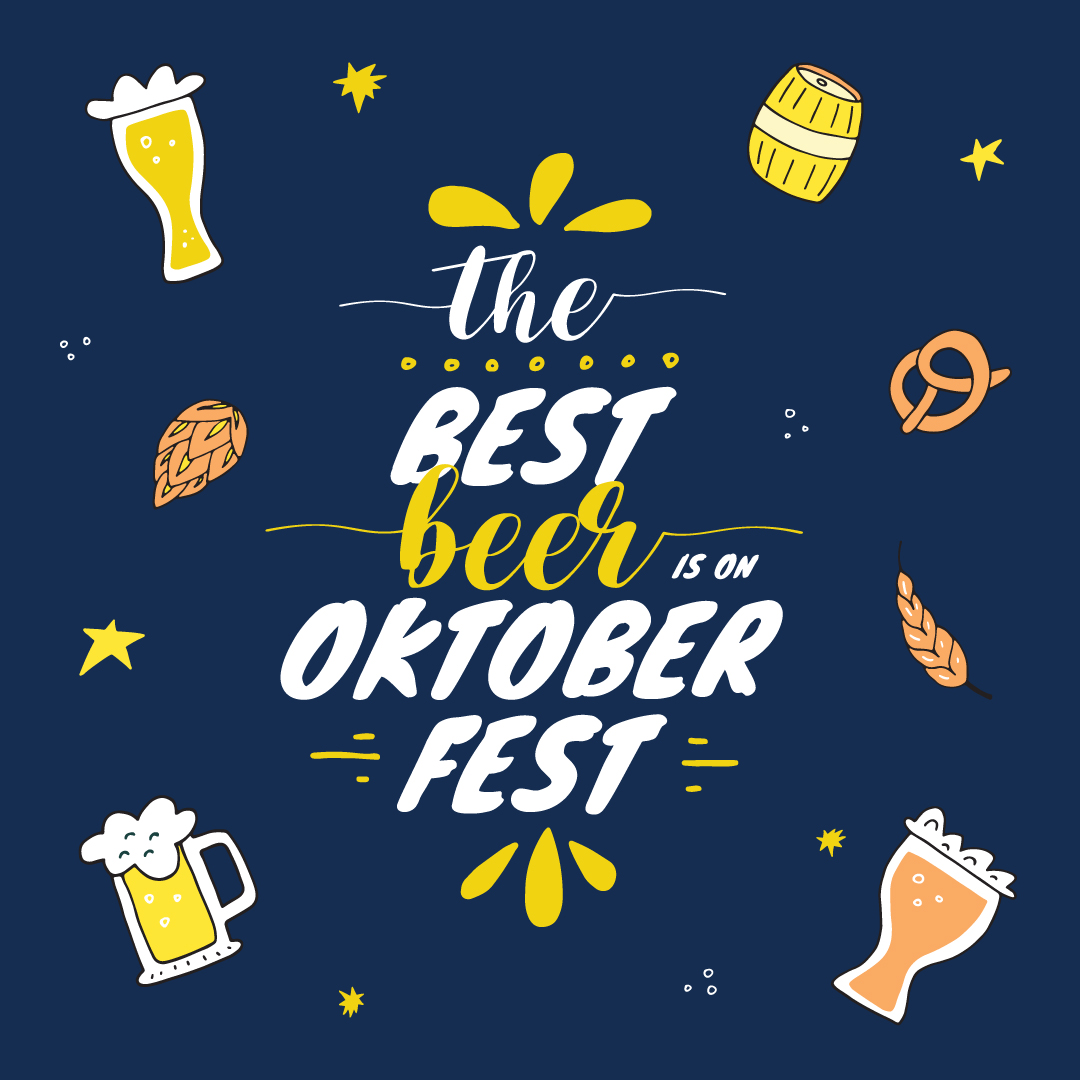 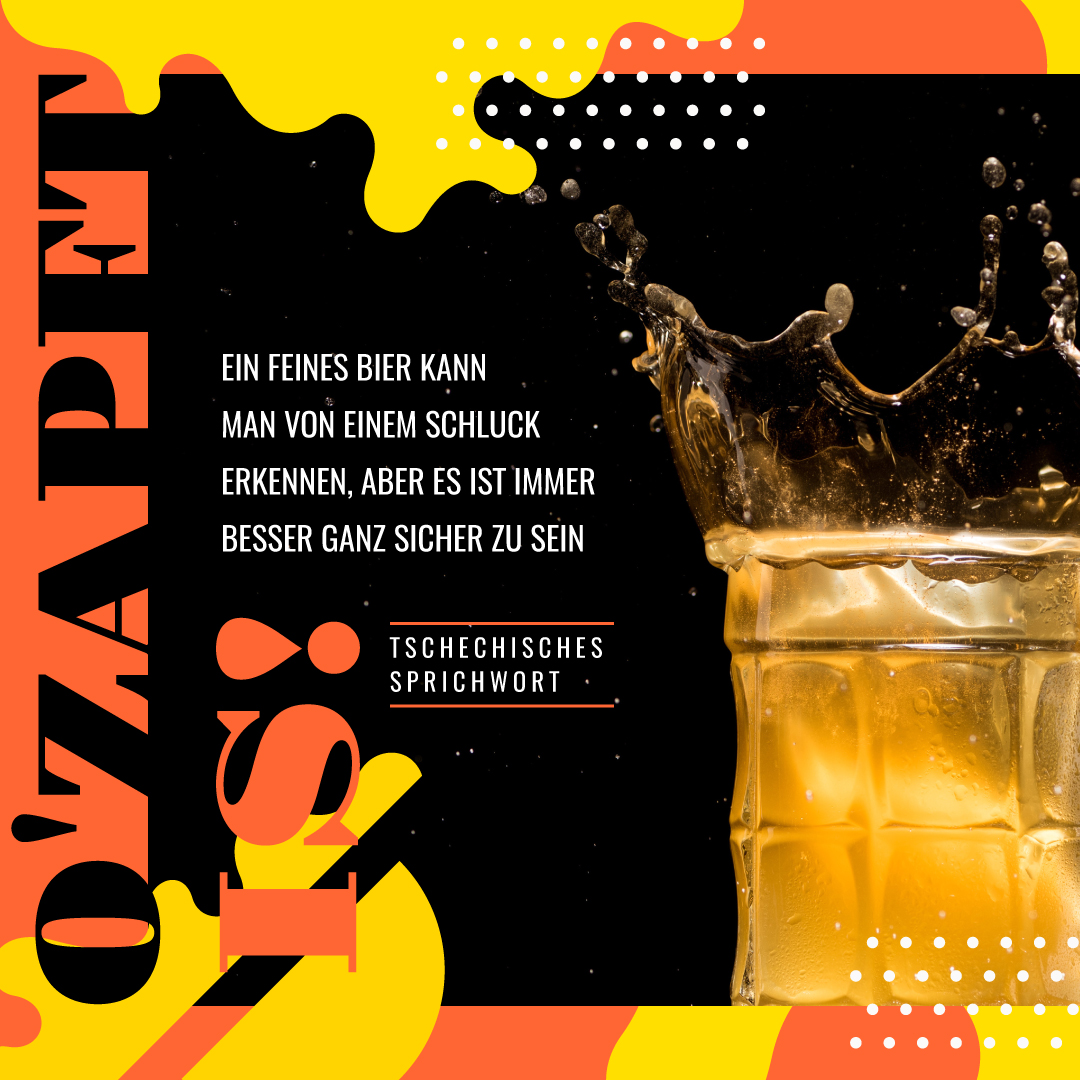 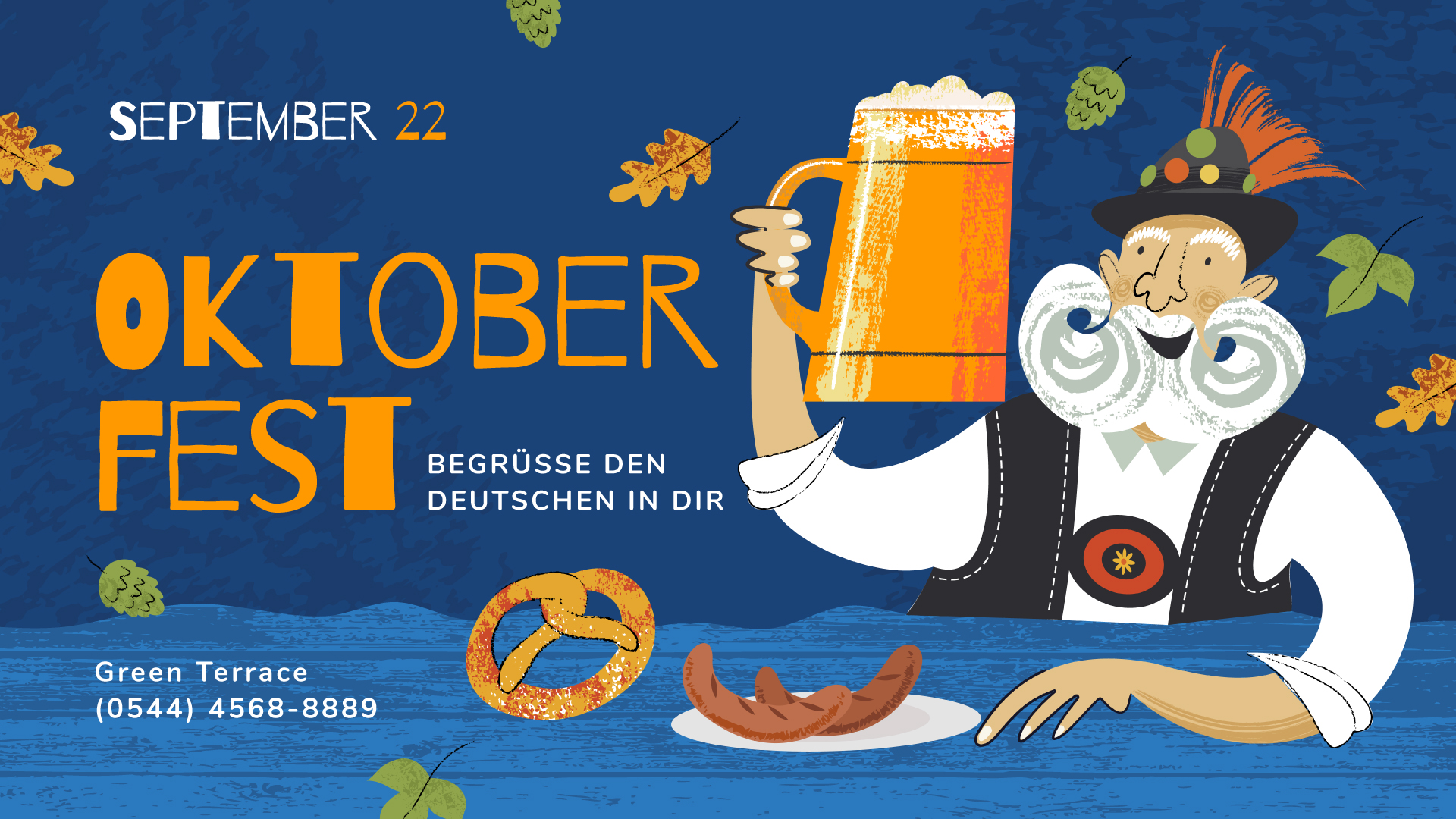 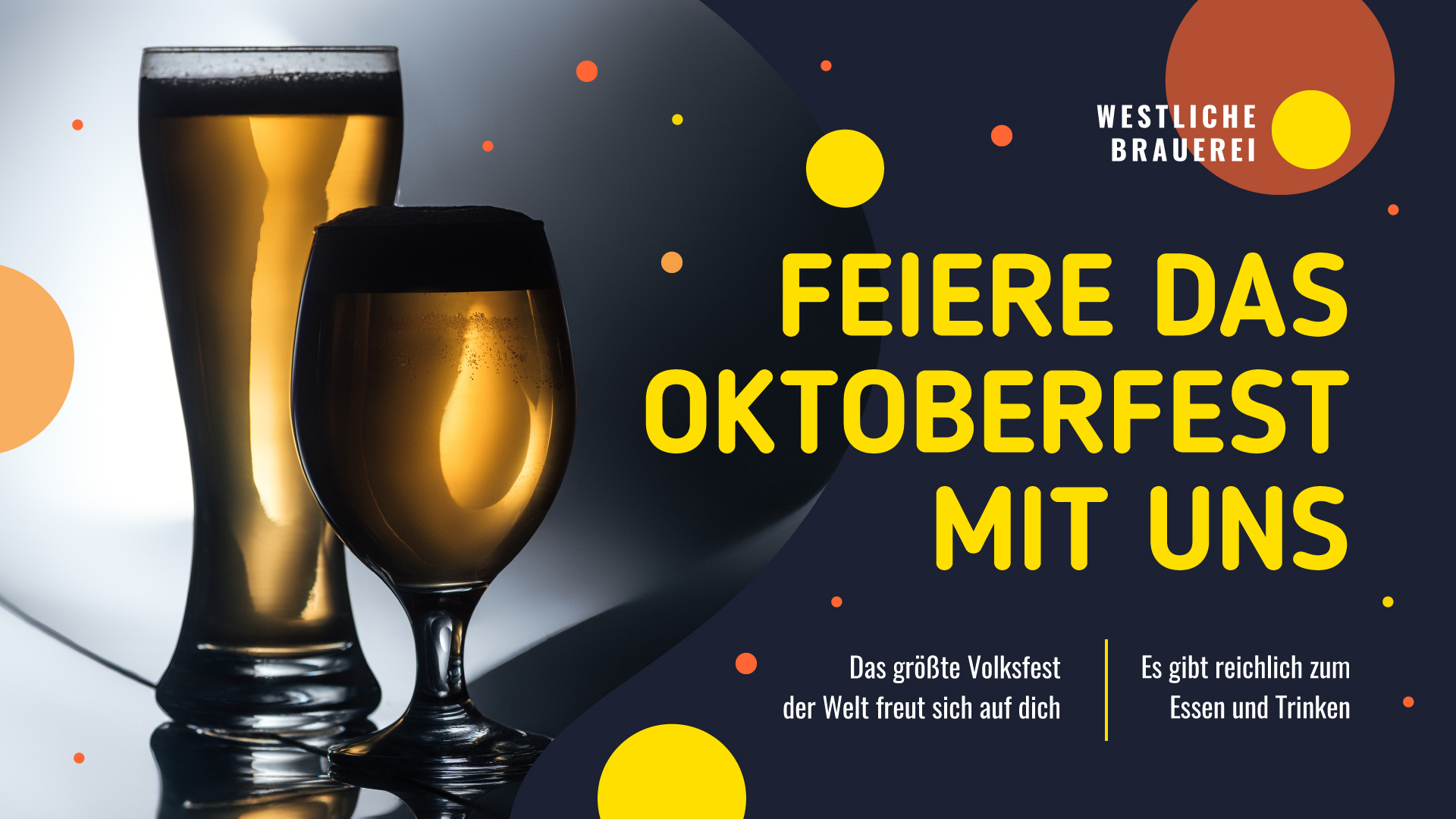 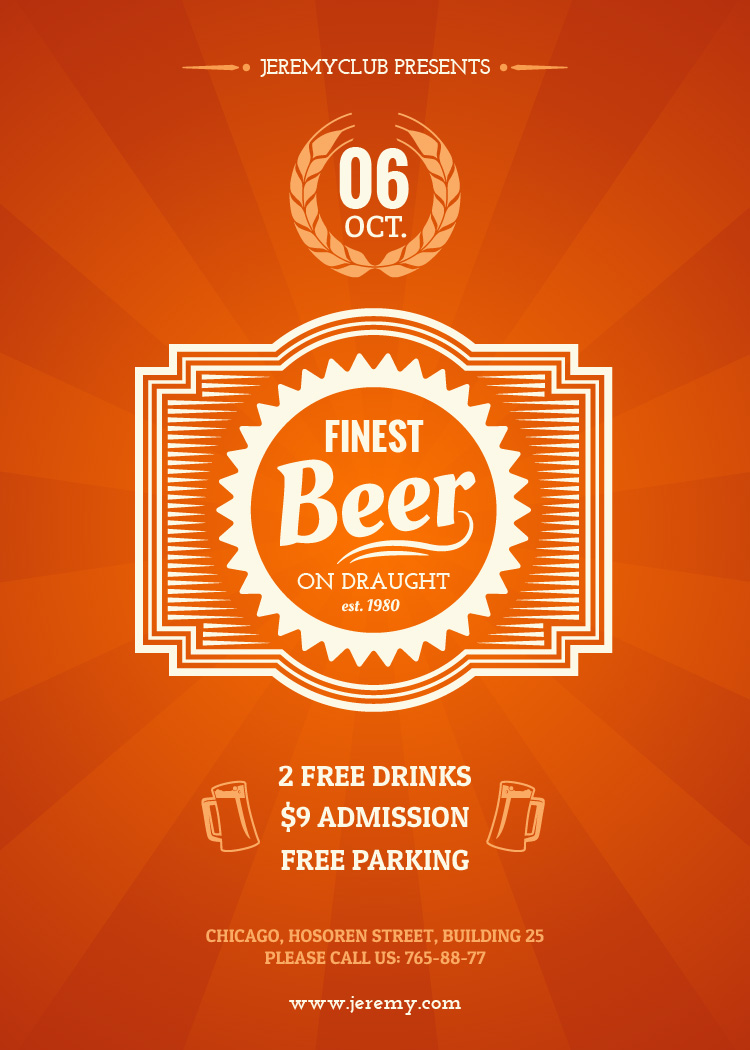 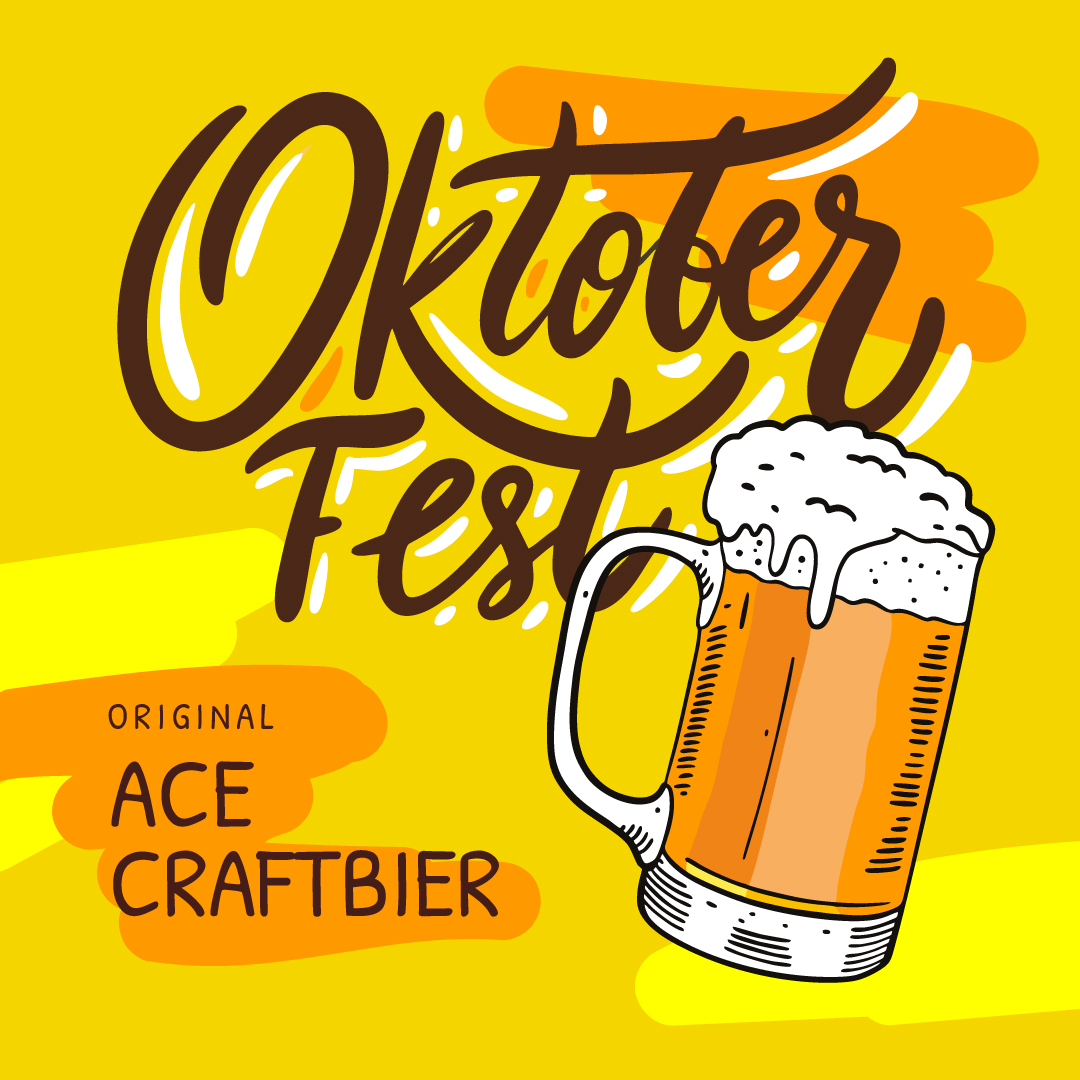 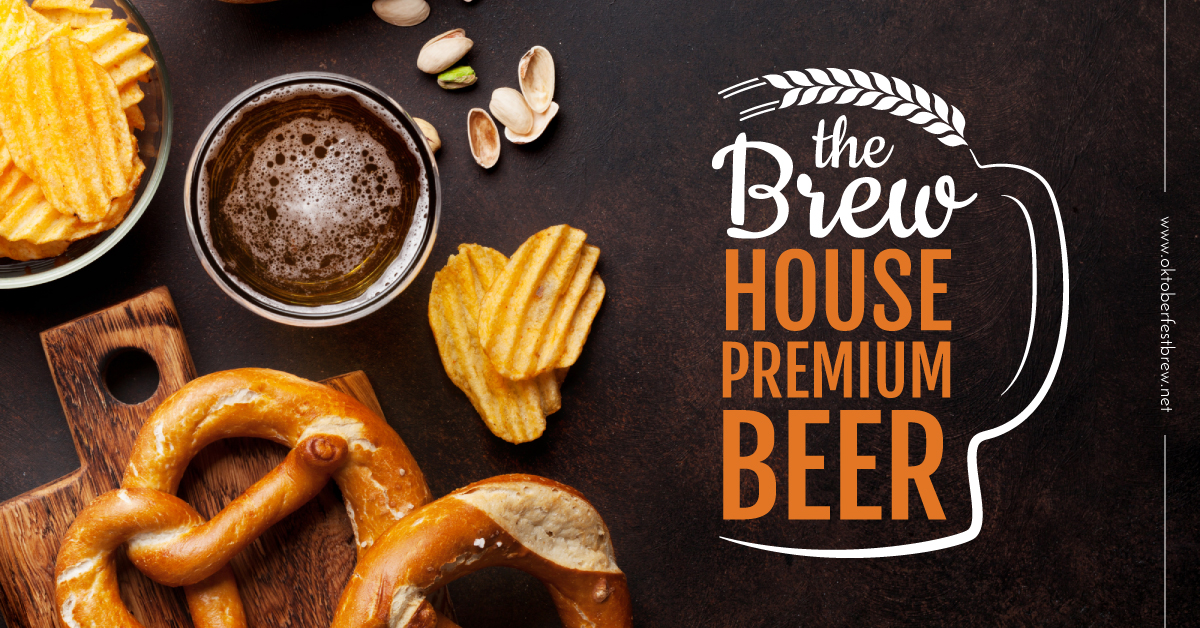 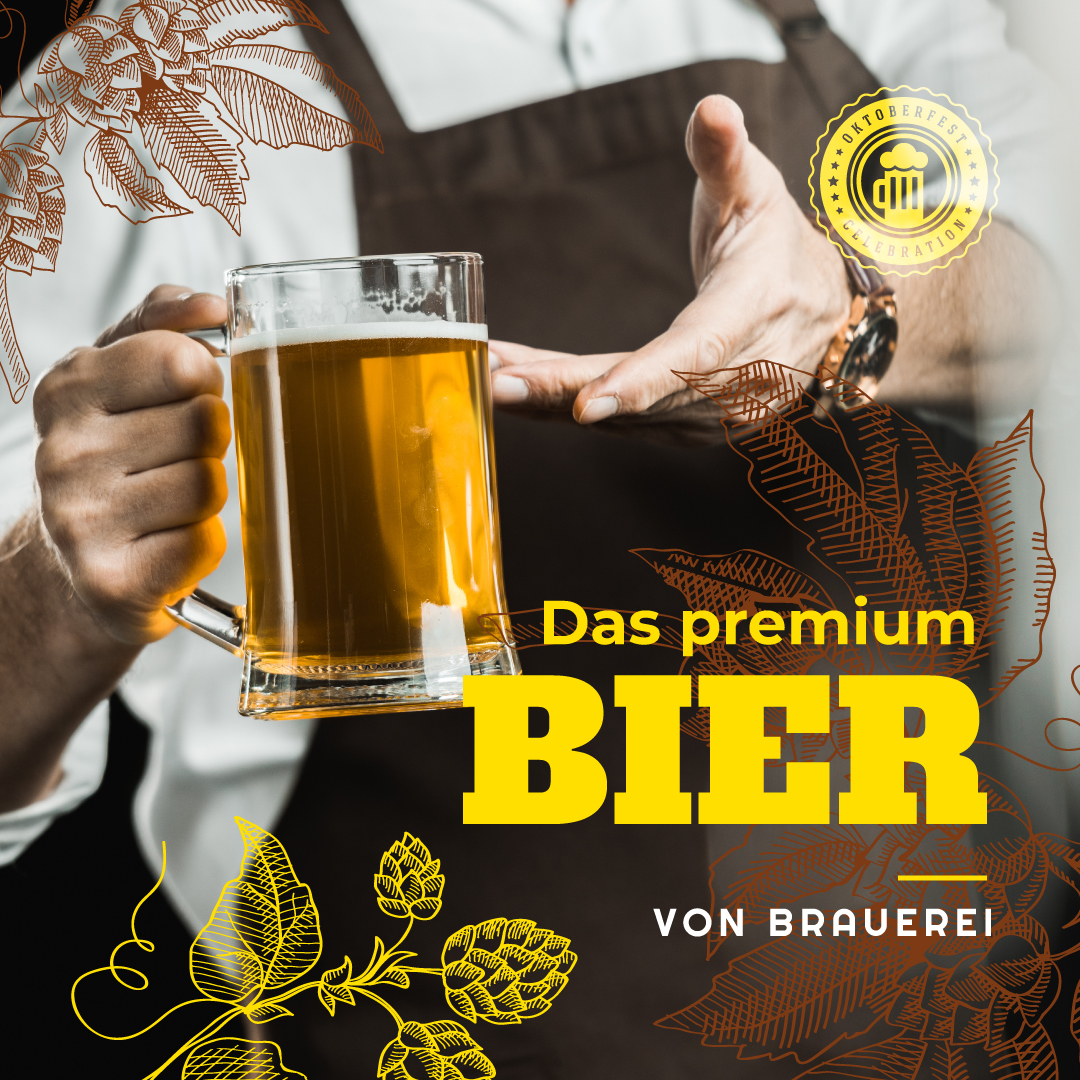 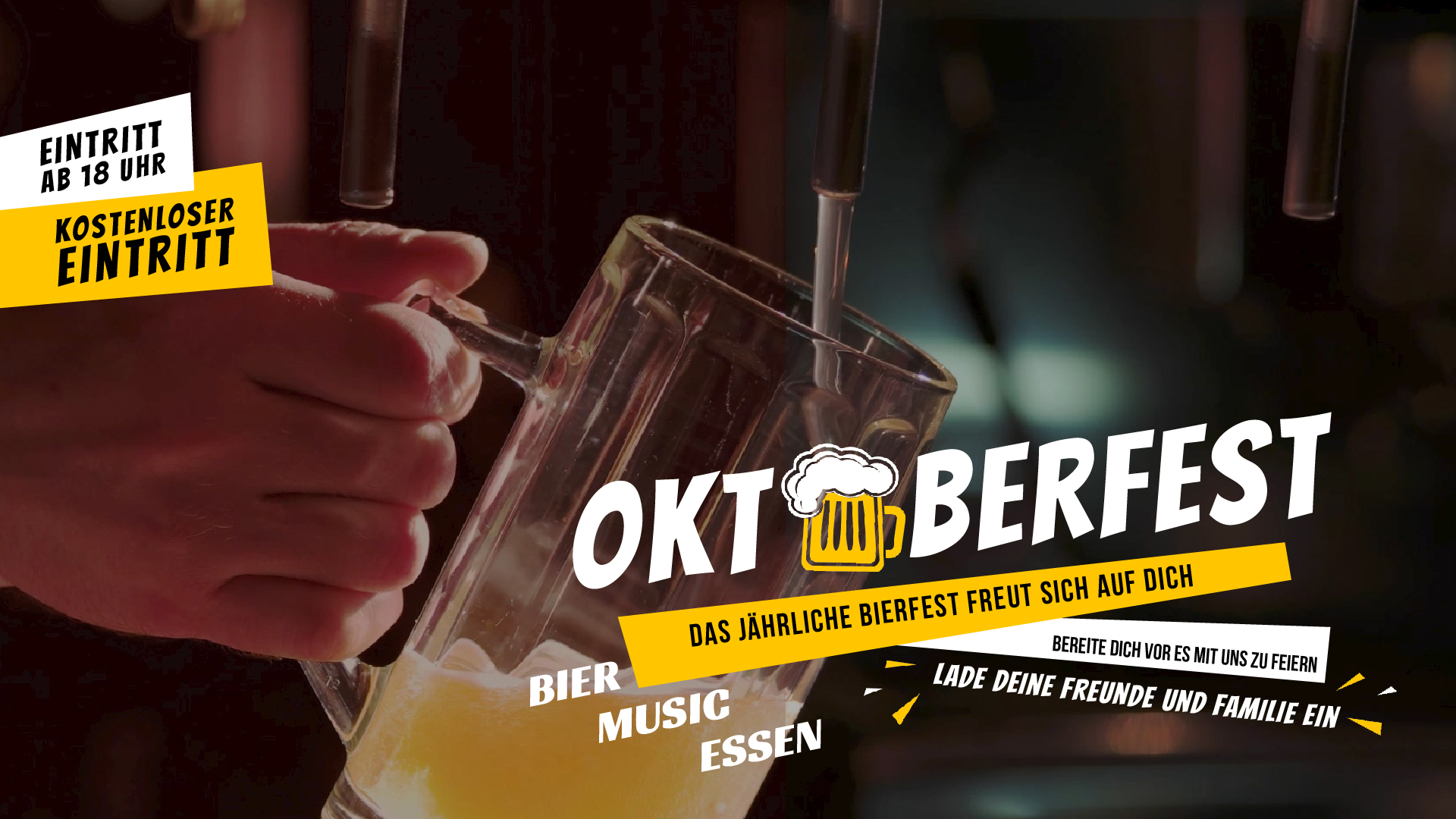 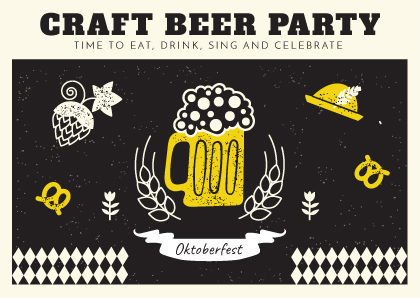