Few nations experienced the same thing as Germany, where the people have been abruptly divided by a wall for several decades. The day when the wall finally fell, became one of the biggest German public holidays called German Unity Day.

German Unity Day holiday marks the day of the officially pronounced Reunification of Eastern and Western Germany. Country and nation became one, greeting each other again after being divided for decades.

The event that German Unity Day is linked to most, is, probably, the fall of the Berlin Wall. Though a happy day indeed, it happened on the 9th of November. Unfortunately, this date was linked to the far-right parties and therefore considered inappropriate for this unique appreciation holiday.

Images from the 1989 Berlin Wall tear-down picture the essence of this day – adolescent rebels raising their hands on top of the grim symbol of terror. A beloved holiday for over three decades, today German Unity Day channels the same passionate invitation to freedom, high ideals, and moving forward to a brighter future as one nation.

Interesting fact! The reunification of Germany was a happy accident. In the uprise during November 1989, the East Germany politicians have been under pressure to loosen the travel ban. In an attempt to throw a bone, they wanted to announce a development of new travel laws. Yet, spokesperson Günter Schabowski got it all wrong, and a couple of hours later he announced the full ban lift coming into effect “immediately”.

Every year a different major city, usually the capital of the state, such as Dresden, Hannover, Stuttgart, or Bremen, hosts the biggest party on this national holiday. Massive celebrations drive thousands of international tourists with the best deals for hotels, travel, food, and beverages.

Insider information: when the German Unity Day is held in Munich, you can get a unique 2-in-1 deal, as the traditional Oktoberfest gets moved a little to merge into one massive jubilee with this observation. We bet that you have never seen this much beer at once in your life.

Aside from the host city gig, a Buergerfest holds place during the German Unity Day in Berlin. It’s a must-visit loud festival of live bands and funny artists of all kinds, accompanied by lots of refreshments and dances.

Family activity areas are set up around the Brandenburg gate and in the parks every year, too. They include horse riding, theater performances, and merry-go-rounds – perfect for the heartwarming photos to be shared with friends and families in social media.

Lots of eating and drinking is a common way to celebrate a happy occasion in Germany. The restaurants and cafes would have specials on the dinner menu on that day to lure in celebrating crowds. Expect to see wurst of all kinds, but also soft pretzels, german tricolor cookies, and world’s best sauerkraut served in pubs and on the streets. The drink of the day is hands down, beer, whichever logo is on it.

Foodie boom in Germany along with the influencers marketing rise in Europe has led to an emerging promotion trend. Restaurants and sports bars now would have a Free Food proposal for all customers drinking with them on that day. This strategy is a great fit for the delivery services and is widely supported by hospitality brands, too.

The timing in early October puts the celebration during the Indian Summer in Europe, which makes it an ideal marketing match for outdoor events, fairs, and sports competitions. Even if you are simply throwing an Instagram selfie contest on this day, make it an outdoor selfie to amp things up a little.

The unity theme is by definition among the core ideas to leverage for the German Unity Day. Social media helps all the Germans around the world get together to celebrate – maybe your brand could help by sharing relatable messages and quotes?

Make it a call-out for all the Germans among your followers, and praise the unity of all mankind in your slogans. Bring up the emotion to win points for your brand. You can invite a German influencer to take over your channel on that day, and ask them to share more details from the first hands.

Even if you’re far from Germany, it’s a perfect occasion to find the way to the hearts of automotive fans, techno music lovers, art connoisseurs, and globetrotters. And, believe it or not, Germans still do flashmobs on this day, getting together across different cities to sing the national anthem.

#ffe100
#ff0000
#000000
#ffffff
Pure Yellow, Red, and Black represent the colors of the German flag. This bold combination has been taken on by German regiments around the times of Napoleonic wars. White is the best color to balance off the dense design of the German tricolor. It has been successfully used by designers for decades. 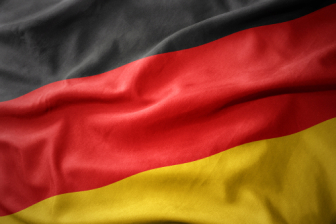 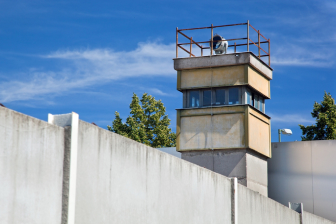 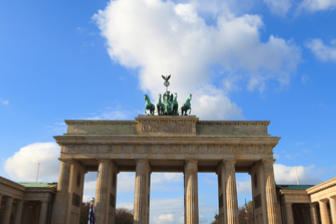 German Flag – the red-black-yellow tricolor is used everywhere from the Facebook covers to the canapes. Go creative and make sandwiches, macaroons, picnic decor, and bouquets in this boldly impressive color combination.

Berlin Wall – same as Bastille Day in France, the German Unity Day has an important symbol that doesn’t exist anymore. The Wall once stretched for over 140 km (87 mi) across Berlin, creating a death strip between two political camps. The wall has been torn down in the early 1990s, saving only a few stretches that carry world-recognized pieces of street art.