The famous comic culture convention in San Diego was founded in 1970 by several comic authors. Home to just the comic books and relevant movies at the start, by today it has adopted a bazillion of new genres ranging from anime to horror.

The biggest and most influential pop culture event on the showbiz calendar began in 1970 when three comic creators from San Diego decided to run the first comic book convention. Premiere event promoted categories of Comic Art, Films, and Science Fiction. Ray Bradbury himself was one the first Special Guests of the convention.

In 1974, the first masquerade was introduced, with incentives and large gifts given to the costumed audience. Just two years later, in 1976, the first pre-production slides of Star Wars were presented to the audience and Comic-Con became intertwined with the biggest Hollywood names as the unique publicity booster ever since.

In 1991, Comic-Con moved into the San Diego Convention Center for good. That has let the event grow the attendance from 20,000 to 130,000 in just one decade and become a steady sold-out.

The panels attract people most during Comic-Con. It’s a unique opportunity to hear actors and directors answering questions or get priceless experience, like witnessing Tom Hiddleston’s glorious appearance as Loki in 2013. Over its history, Comic-Con also hosted the biggest public favorites such as Game of Thrones, Walking Dead, Lost, and The Lord of the Rings.

Traditionally Comic Con’s Hall H is the place where studios would show the pre-launch “sneak peeks” and “testing previews”. Another good tradition that grew from this one is hundreds of leaked videos popping on the forums, Reddit, Facebook, and Instagram.

Cosplay, or Costume Play, is a big part of the Comic-Con traditions. If you’re thinking of it, go for it. Experienced cosplayers recommend doing a bit of cosplay right away at your first convention since it’s simply not the chance to pass. Their tips: skip the panels on that day, take it easy with the costume, and be ready to stop often to snap photos with event visitors and other cosplayers.

Marketing Activities for the Comic-Con

Comic-Con holiday is known best for its experiential marketing cases. It takes place in the huge San Diego Convention Center, and recently it also started hosting satellite locations in parks around San Diego. Pop-up activations get warm greetings from happy fans and tourists, so don’t miss a chance to set your promotion booth.

Big brands have their own sections at the event, called “experiences”. Everyone is welcome to join, be it the Walkers crawl from the “Walking Dead” creators, an interactive postapocalyptic walk-through from the Amazon Prime, strolls through the fantasy worlds, VR skydiving in Gotham city, augmented content reality in the Simpsons’ Springfield, or the old good free food.

Let your followers take a glimpse at the customer experiences during Comic-Con. Social media in this period is great to channel your users’ live videos and Instagram TV content from your fans under the hashtag #sandiego and #sdcc.

Comic-Con is a two-way highway to engage with your audience in relevant content marketing. Engagement magnets - quizzes and quotes - need just a tiny twist to fit the Facebook Comic Con wave. Celebrate a little extra by making a small comic named “zine” for your feed, if you’re in the artsy industry.

Among other sources for the catchy content on this day are national celebrities. Comic-Con bubbles with the actors and directors giving press conferences, pouring hours of new content in the social media every day. Jump on this bandwagon to report the freshest updates to your audience, and win the loyalty token for being the first to bring them John Snow’s drop-the-mike moments. 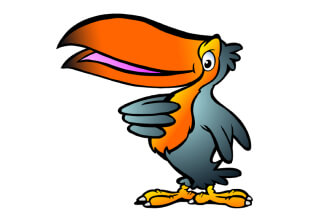 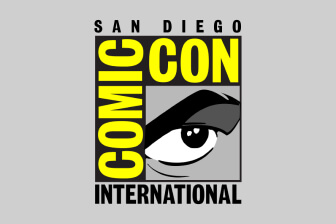 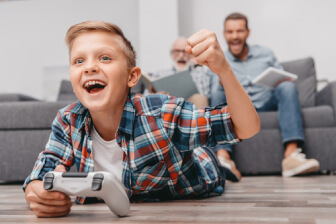 Toucan is a symbol of the Comic-Con from “the olden days”. Toucan was on the SDCC logo from 1982 till 1995. The bright bird in a suit has been replaced with an updated logo in a 1995 rebranding, but it still remains a living part of the event heritage.

Another retro symbol is the Expo Boy, a mascot of the decade-long period of Comic-Con Trade Show that gathered publishers, editors, and comic sellers. 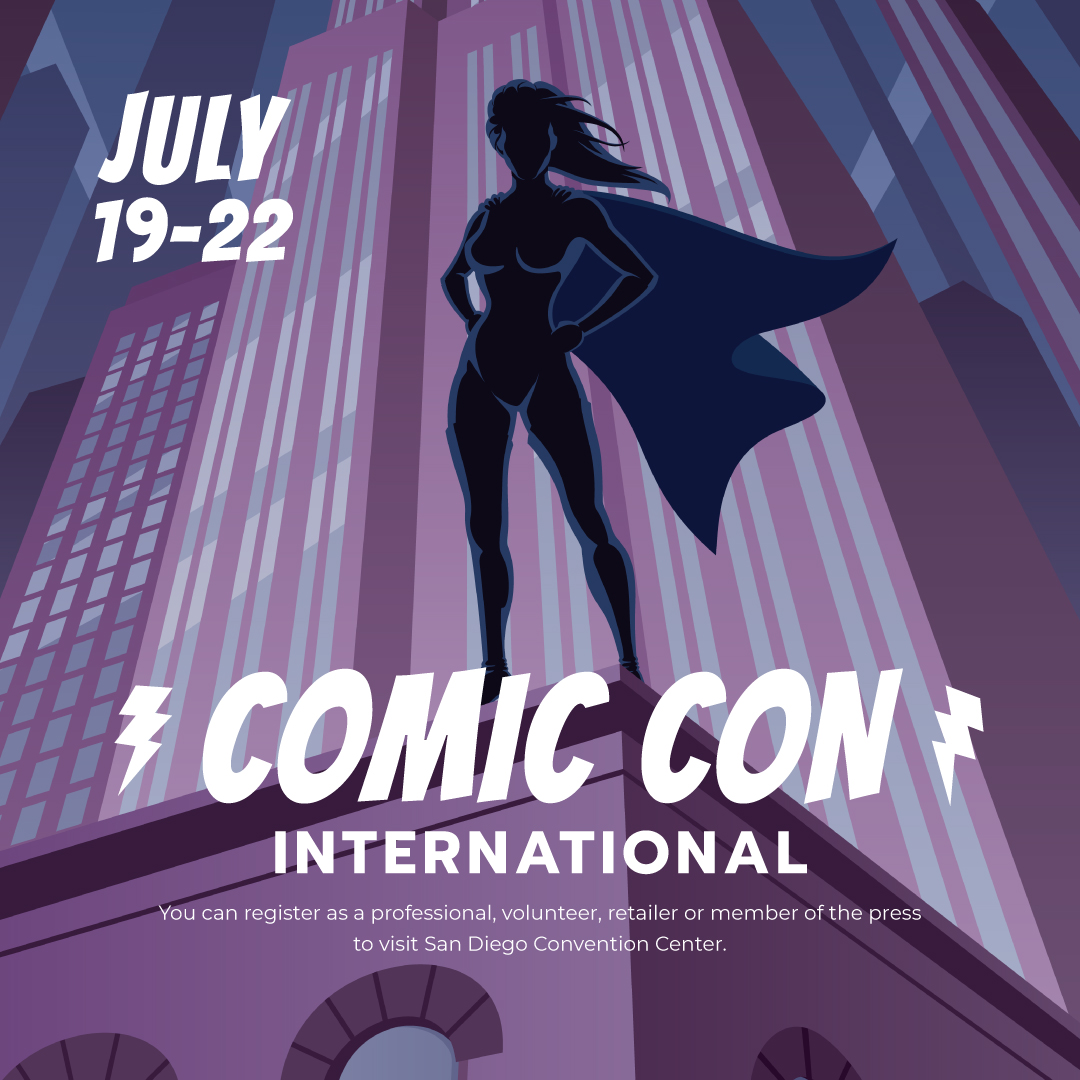 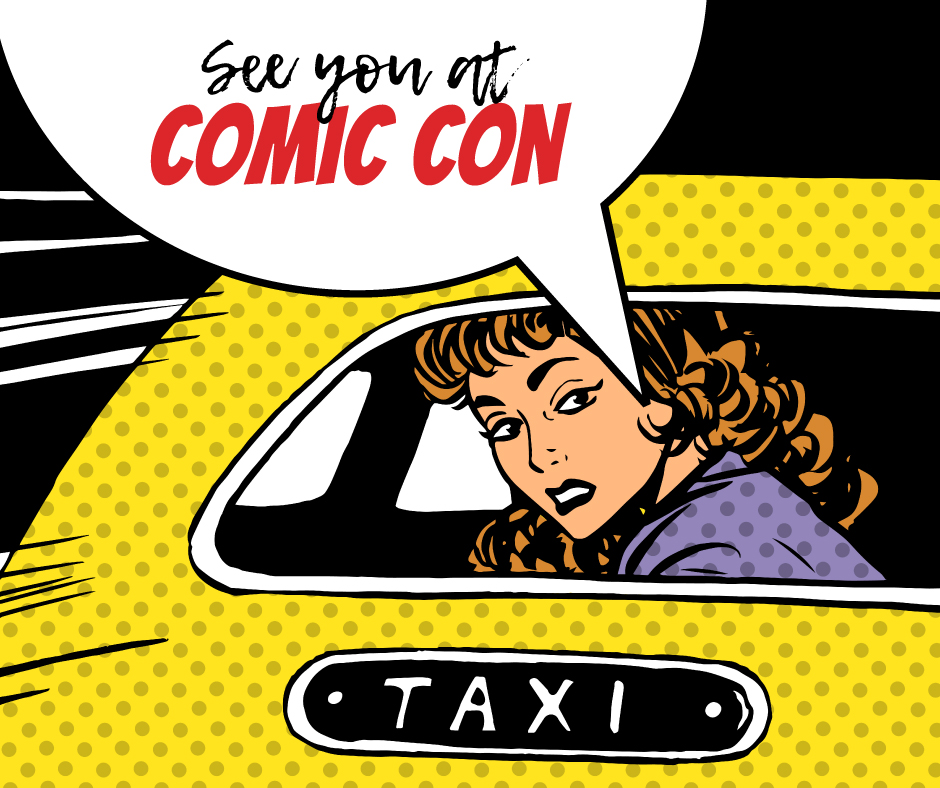 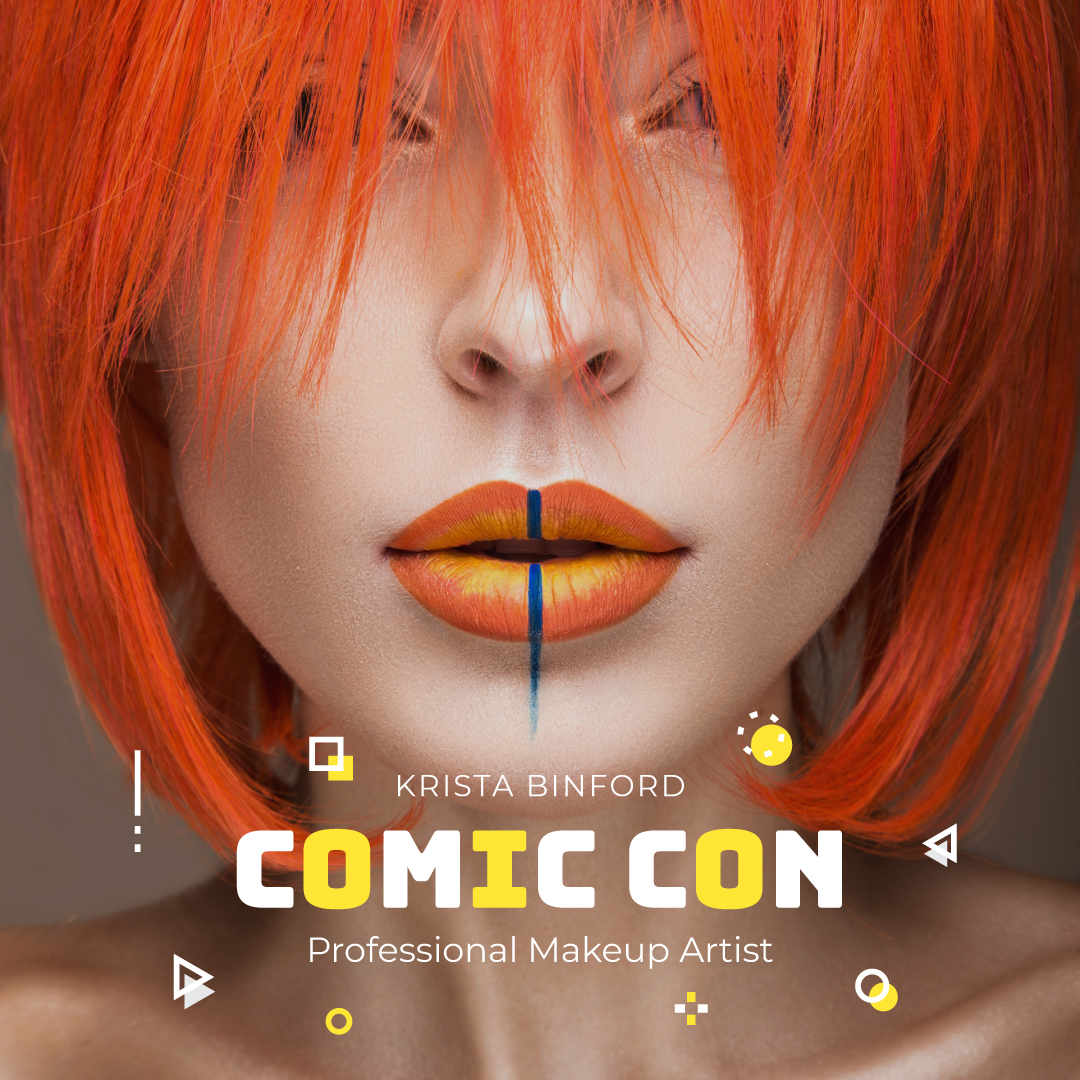 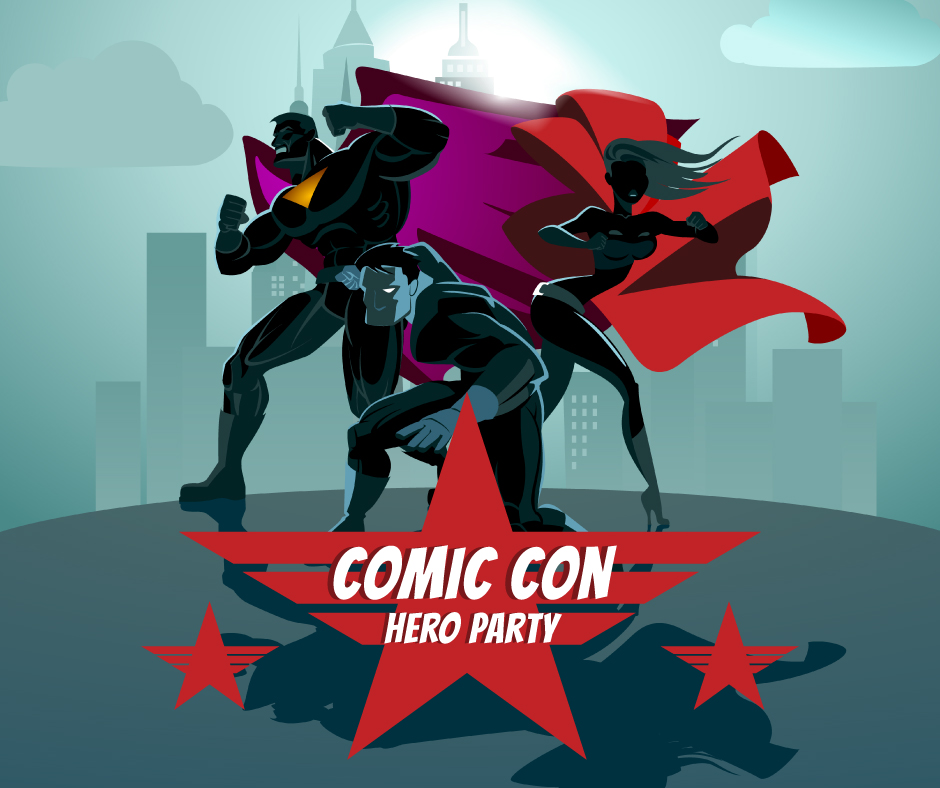 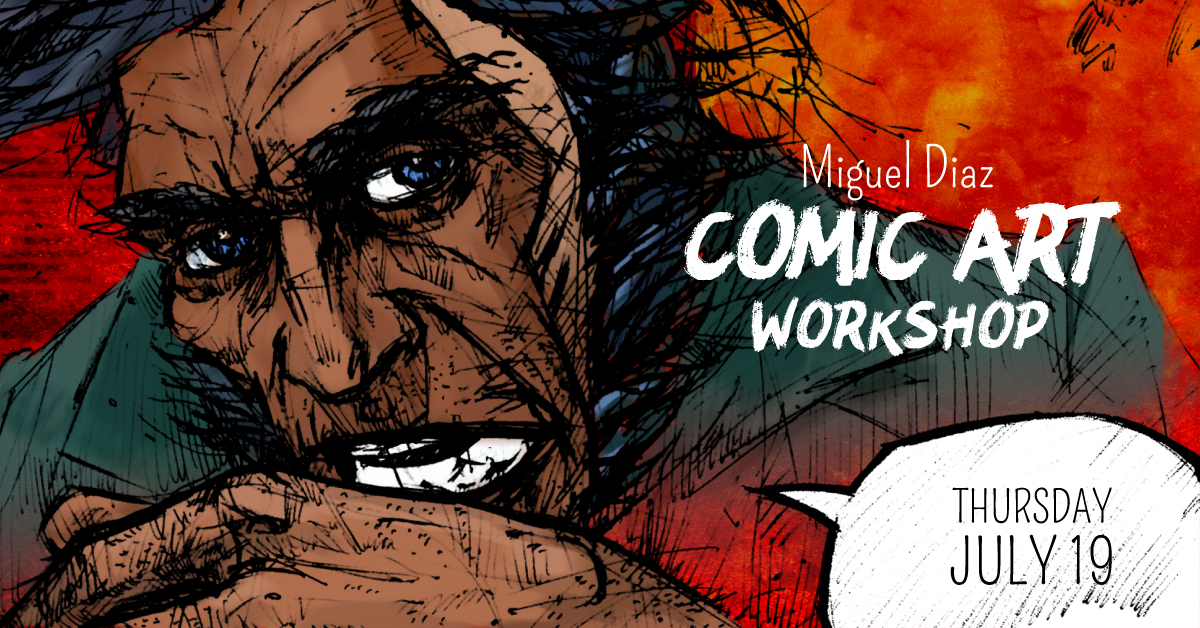 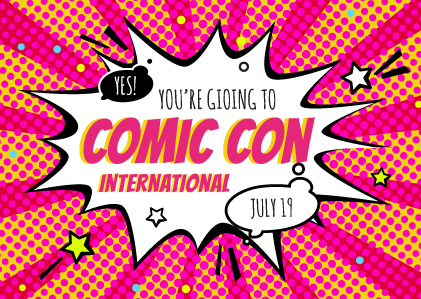 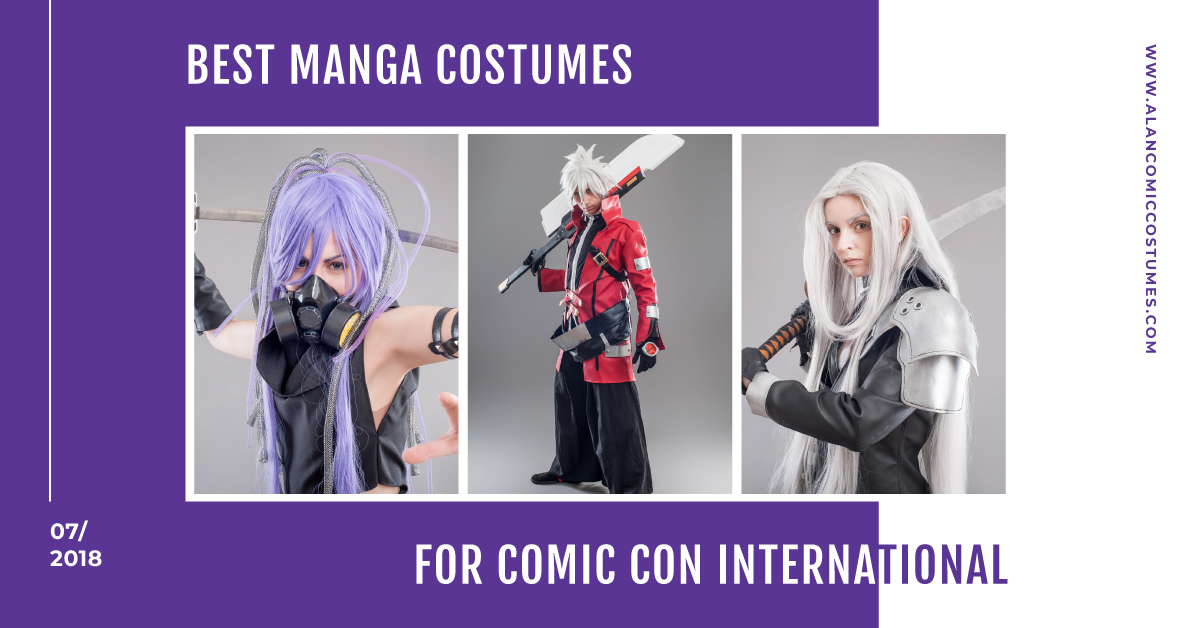 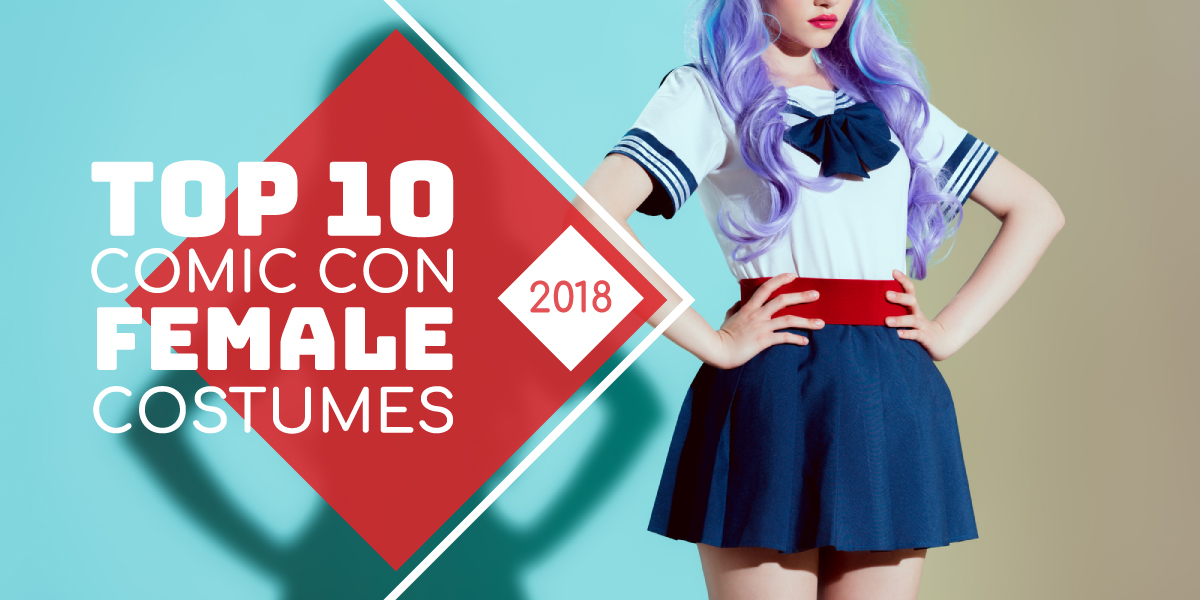 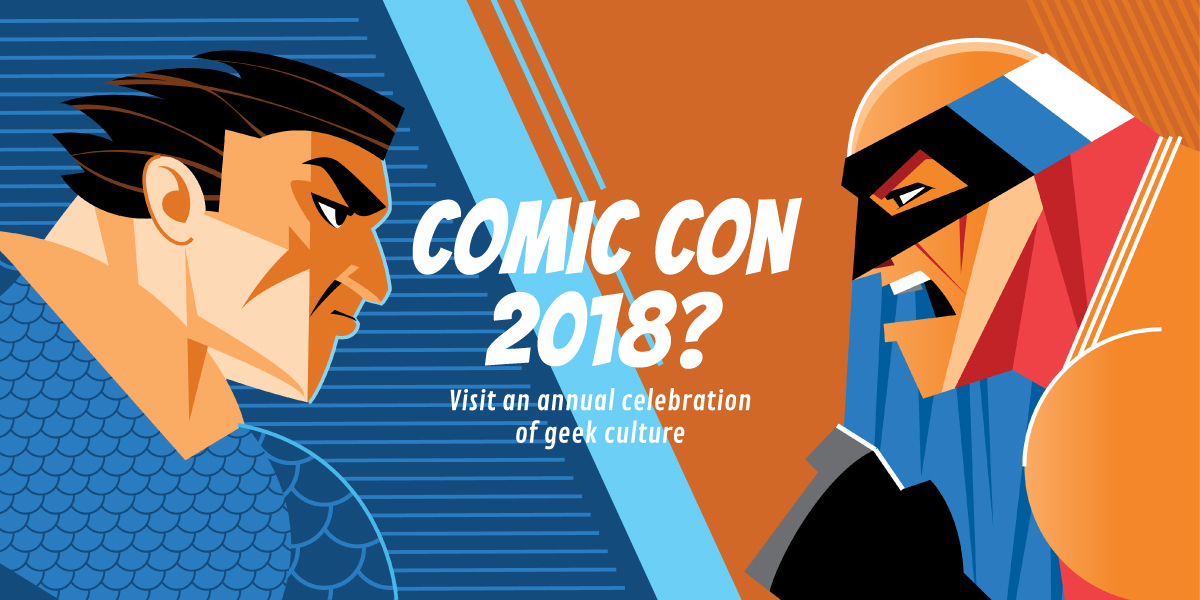