Have you ever wondered about #Cincodemayo? Do you want to learn more about this important national holiday in #Mexico? Not only does it commemorate historical moments, but it also celebrates Mexican heritage and pride. Let’s dive in for more!

The history of this holiday roots back to the Second Franco-Mexican War (1861-1867) when the Second French Empire wanted to extend the influence of Imperial France. Back in 1861, Mexican President Benito Juárez issued a two-year moratorium in which French, British, and Spanish creditors debt payments would be suspended for two years. To demand reimbursement, those countries sent naval forces to Veracruz.

In 1862, the French army attacked the poorly equipped Mexican army near Puebla City. However, the Mexican army won the Battle of Puebla on May 5th under the leadership of General Ignacio Zaragoza. Although the Mexican victory was short-lived, it caused a boost of Mexican morale.

Not only did that date commemorate the Mexican victory over the French Empire, but it also established a sense of national unity and patriotism. On May 9th, 1862, President Juárez declared the anniversary of the Battle of Puebla to be a national holiday regarded as the Battle of Cinco de Mayo.

As one of the largest immigrant groups in the United States, Mexicans brought Cinco de Mayo to the United States. The widespread growth of the holiday began in the 1930s when the U.S. government wanted to improve relationships with the countries of Latin America and Mexican Americans started fighting for their civil rights. Since the 1960s, the holiday also celebrates the civil rights and social justice of Mexican Americans.

Nowadays, Cinco de Mayo can be considered an international holiday as it has become extremely popular outside Mexico. This also means the number of traditions has grown and people around the globe follow them to honor the holiday.

Cinco de Mayo is celebrated differently in many parts of the world. In Puebla, Mexico there are loud parades with lots of people dressed as soldiers. In the USA and partially in Canada, people usually throw BBQ parties, while in other countries they dance to Mexican folk music.

The common Cinco de Mayo traditions that bring everyone together this day are as follows:

Have fun and dance at a Mexican party

So, a huge segment of your target audience celebrates Cinco de Mayo, right? It’s important to tailor your marketing to those interested in this holiday. There are many ideas on how to run a Cinco de Mayo social media marketing campaign. Take a look at the list of ideas and choose a marketing activity that suits your brand identity best:

- Decorate social media profiles with Mexican symbols. If you plan to put a small Mexican flag on your brand logo or share photos in the traditional colors of this day, it’s important to recognize this holiday and therefore show your appreciation to Mexican culture.

- Cinco de Mayo slogans and taglines. Want to celebrate the holiday? Recognize it and publish your greetings, messages, or quotes. What’s more, you can surf the internet to find slogans and taglines associated with this festive holiday and excite your audience.

- Use traditional Mexican colors in your marketing campaigns. People are visual learners, so using the power of colors is the easiest way to celebrate the holiday on social media. For example, Dodge posted a photo of its 3 cars, painted red, green, and white. It was a creative idea to showcase the products and recognize the holiday. Keep on reading to find out more about the traditional colors of this day.

- Add holiday-related menu specials. One of the easiest ways for restaurants to celebrate Cinco de Mayo is to develop menu specials for a certain period of time. If you have a Mexican restaurant you can share deals on Mexican dishes and margaritas.

- Throw a giveaway. People love gifts, so organizing or sponsoring a giveaway is a great idea to recognize the holiday and increase reach. Moreover, giveaways build brand loyalty and trust, so there are many benefits of this marketing activity for your business.

- Offer limited-time discounts on your products. No matter what your business domain is, it’s more likely your target audience wants to make the most out of limited-time offers. In fact, flash sales create the sense of urgency and encourage customers for impulse buying. If you promote your business on social media networks like Instagram, you can add holiday-related hashtags to boost your visibility and attract more people who are interested in this holiday.

- Show how your company celebrates this day. If your company pays close attention to Mexican traditions and celebrates Cinco de Mayo, it’s worth taking your customers behind the scenes and showing the human side of your business. Whether you publish funny photos of your happy employees or go live on social media, it’s important to show how your company recognizes the day to become closer to your target audience.

Cinco de Mayo is all about the celebration of Mexican heritage and pride, so it’s no wonder that the colors of the Mexican flag (red, green, and white) are traditional for this event. Moreover, these colors have interesting meanings:

However, you can also mix these colors with various shades of yellow, blue, and brown. Thus, you can choose the colors that are closer to your brand’s palette. 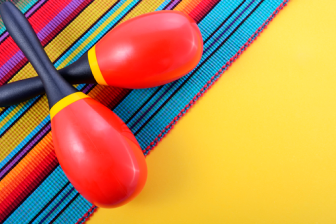 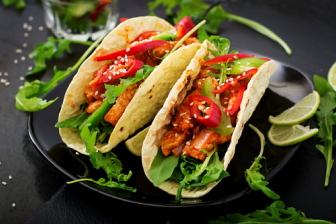 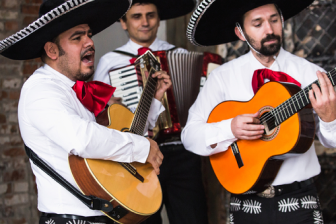 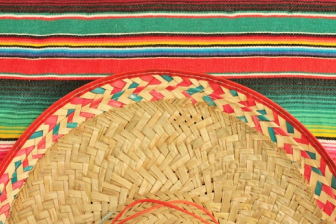 The Mexican victory was a symbolic win and burst of hope for Mexico and its people. Thus, it’s no wonder that there are several symbols of Cinco de Mayo that represent the Mexican culture and spirit.

- Mexican flag represents the Mexican nation and the power of this country.

- Maracas is a symbol of supernatural beings and the spirit of the nation.

- Taco is a symbol of Mexican cuisine.

- Sombrero hat is a national and cultural symbol of Mexico. 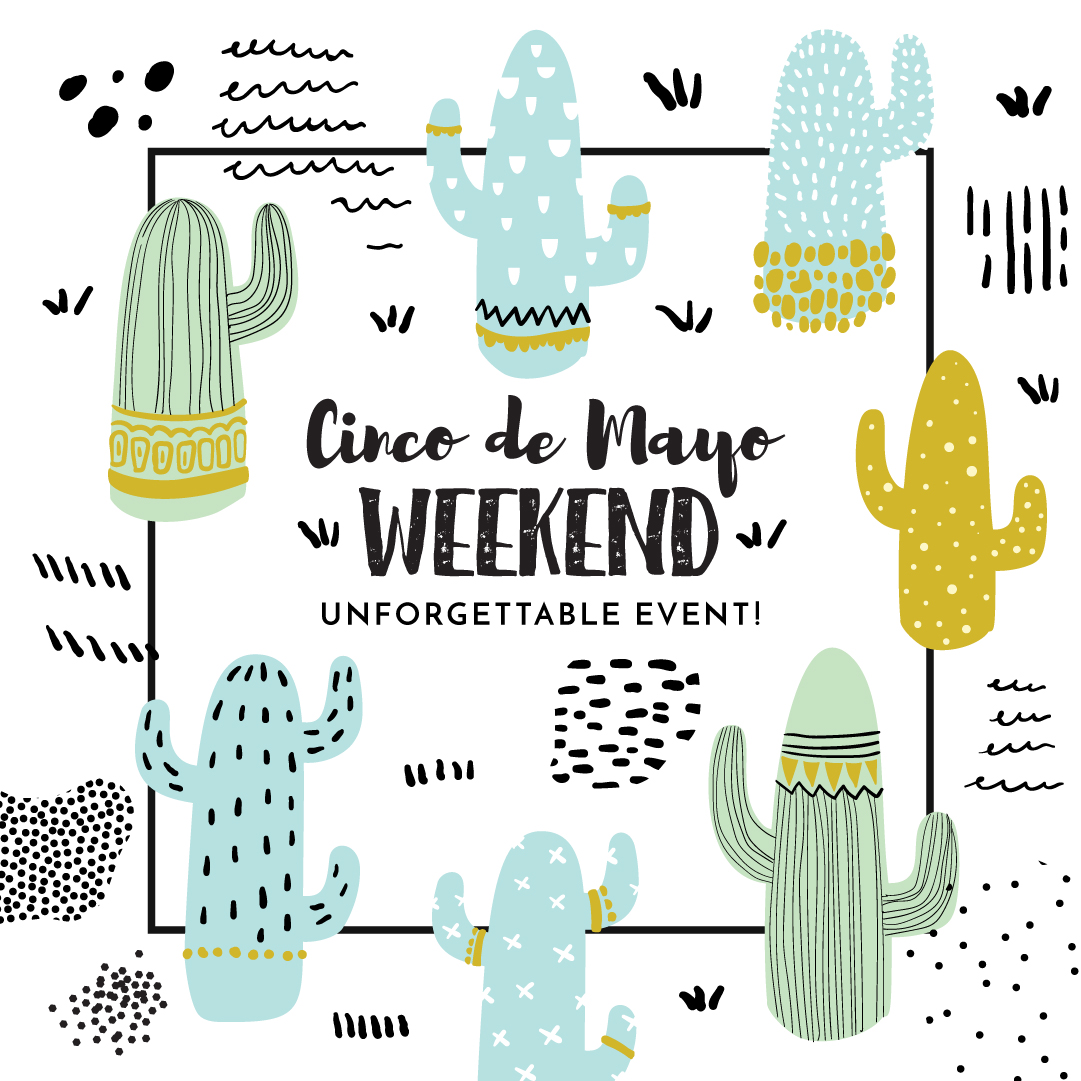 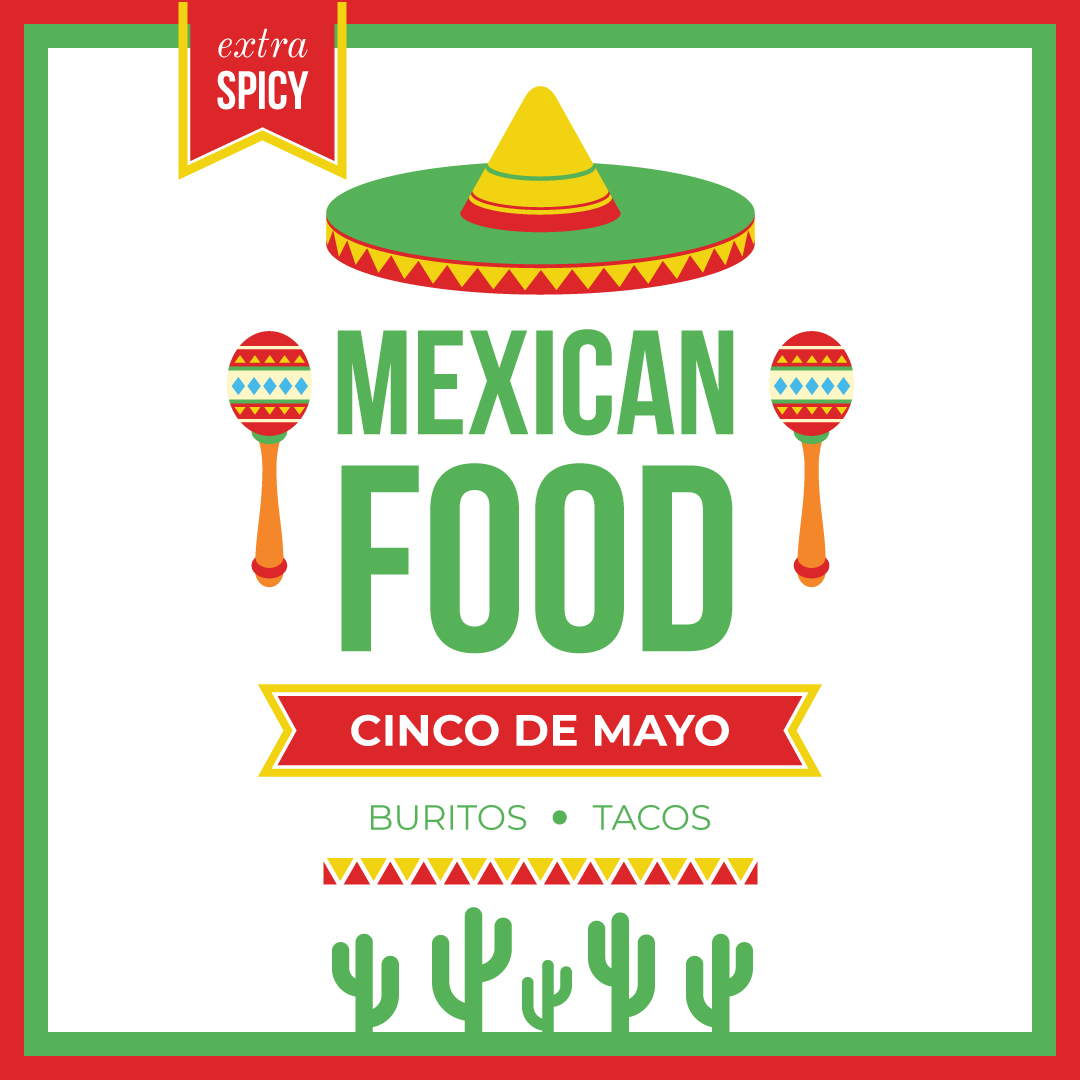 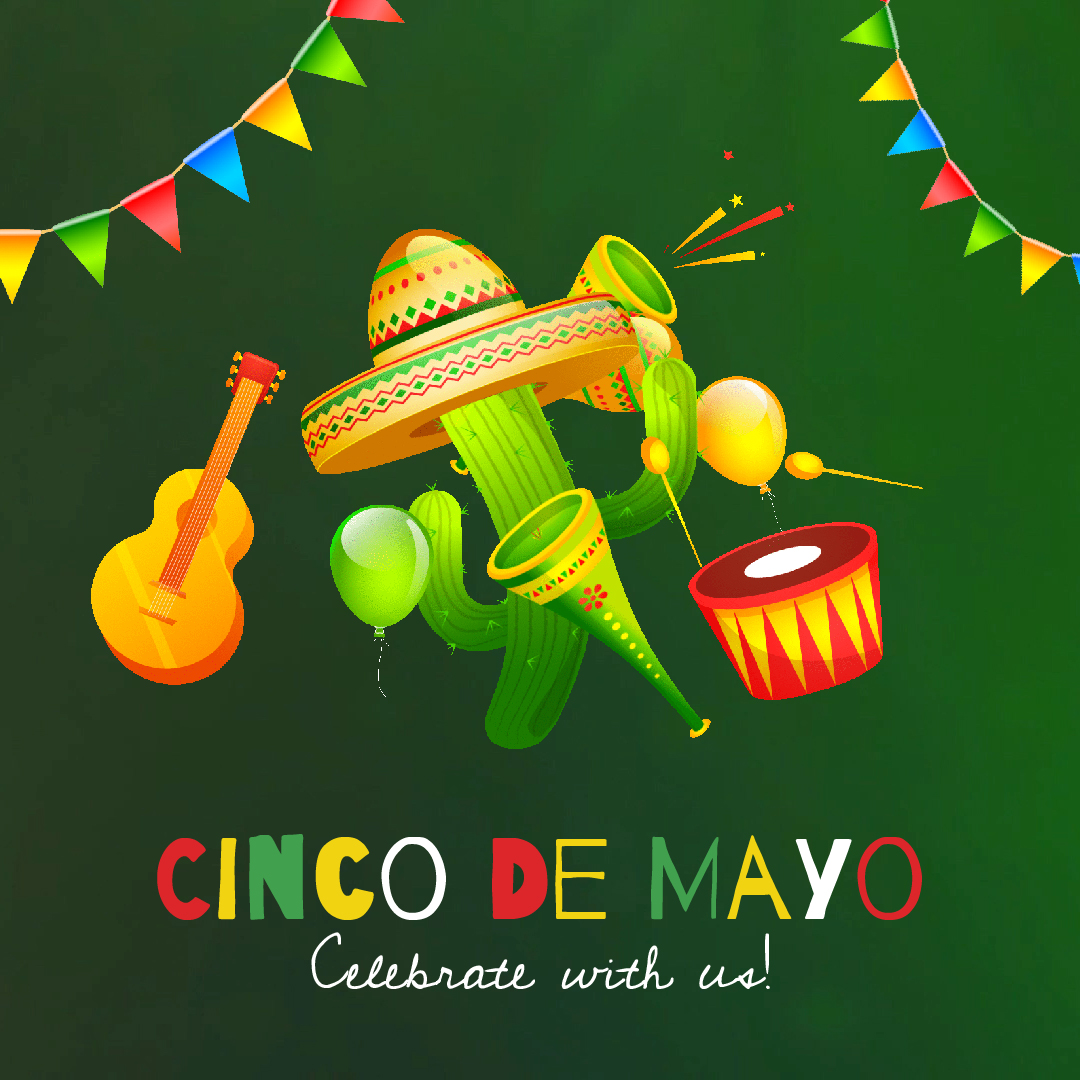 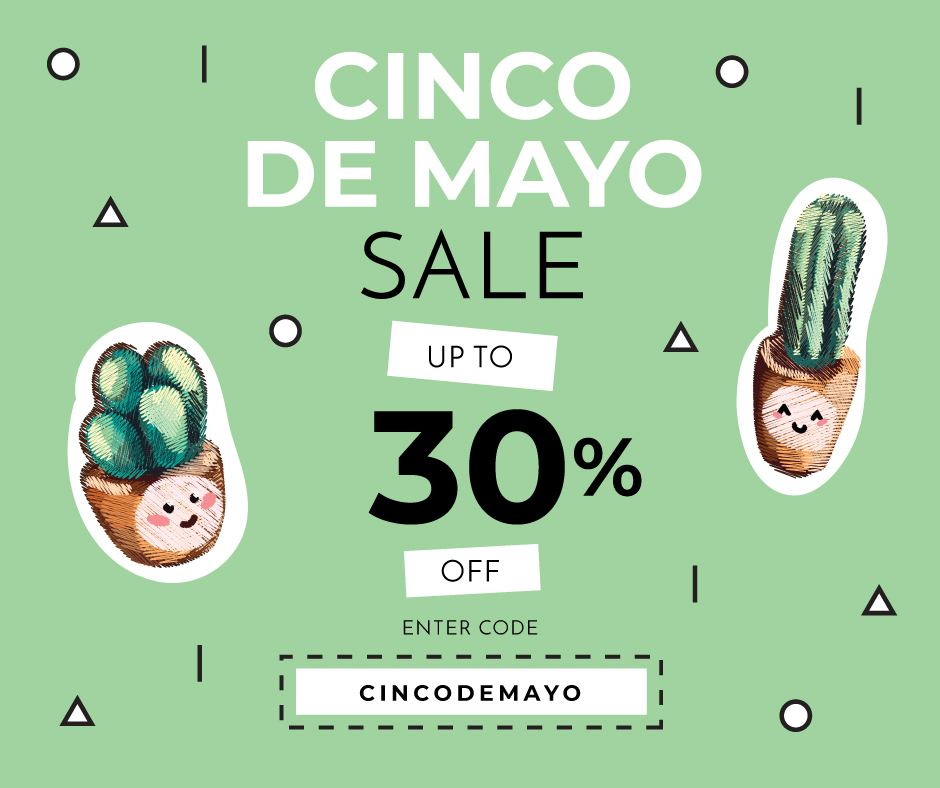 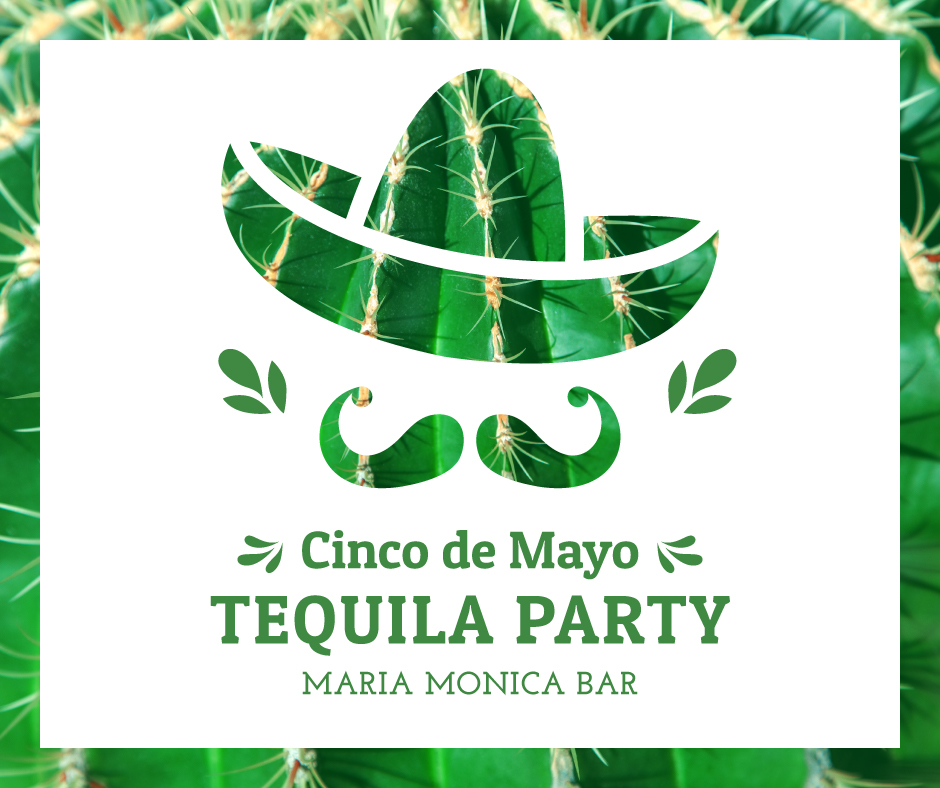 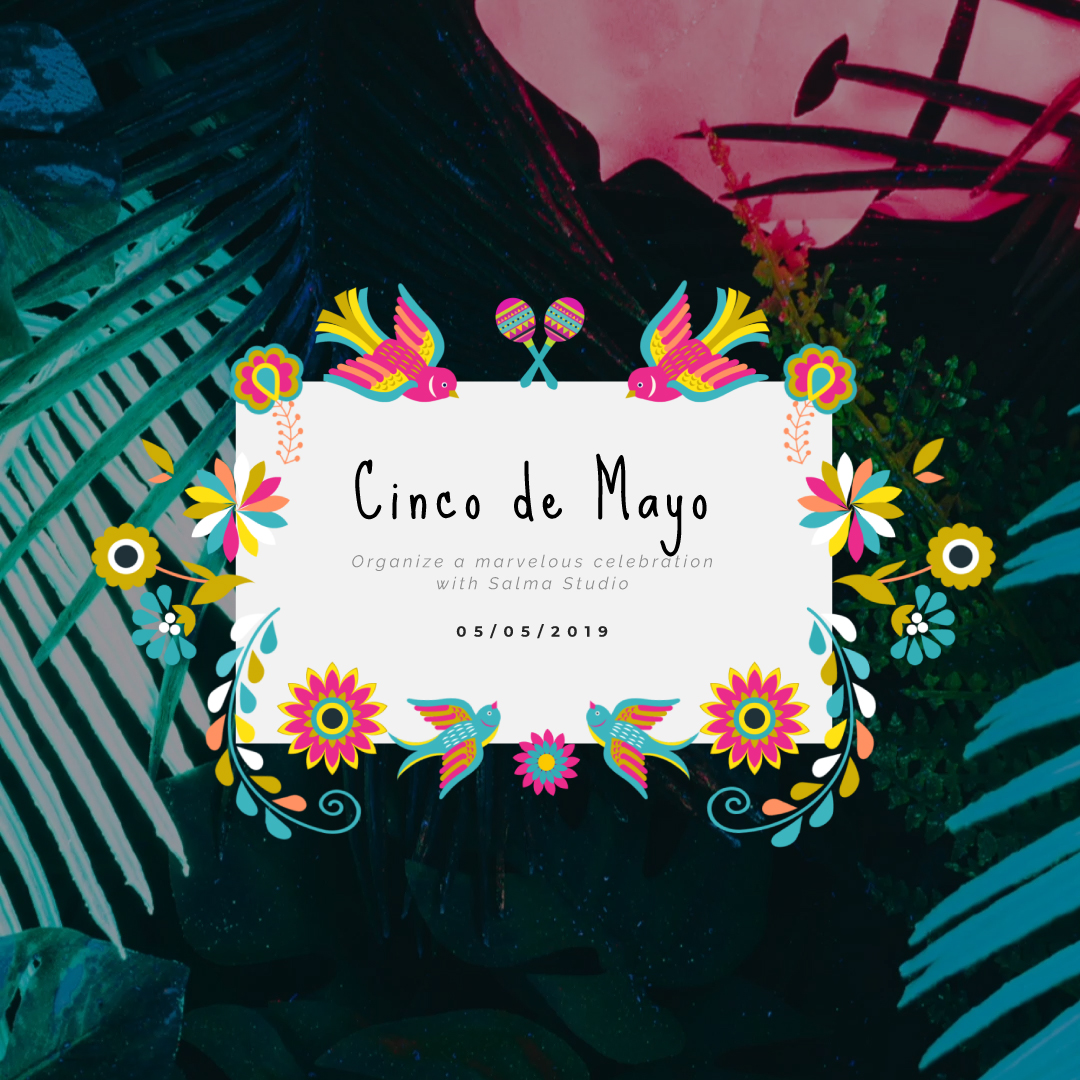 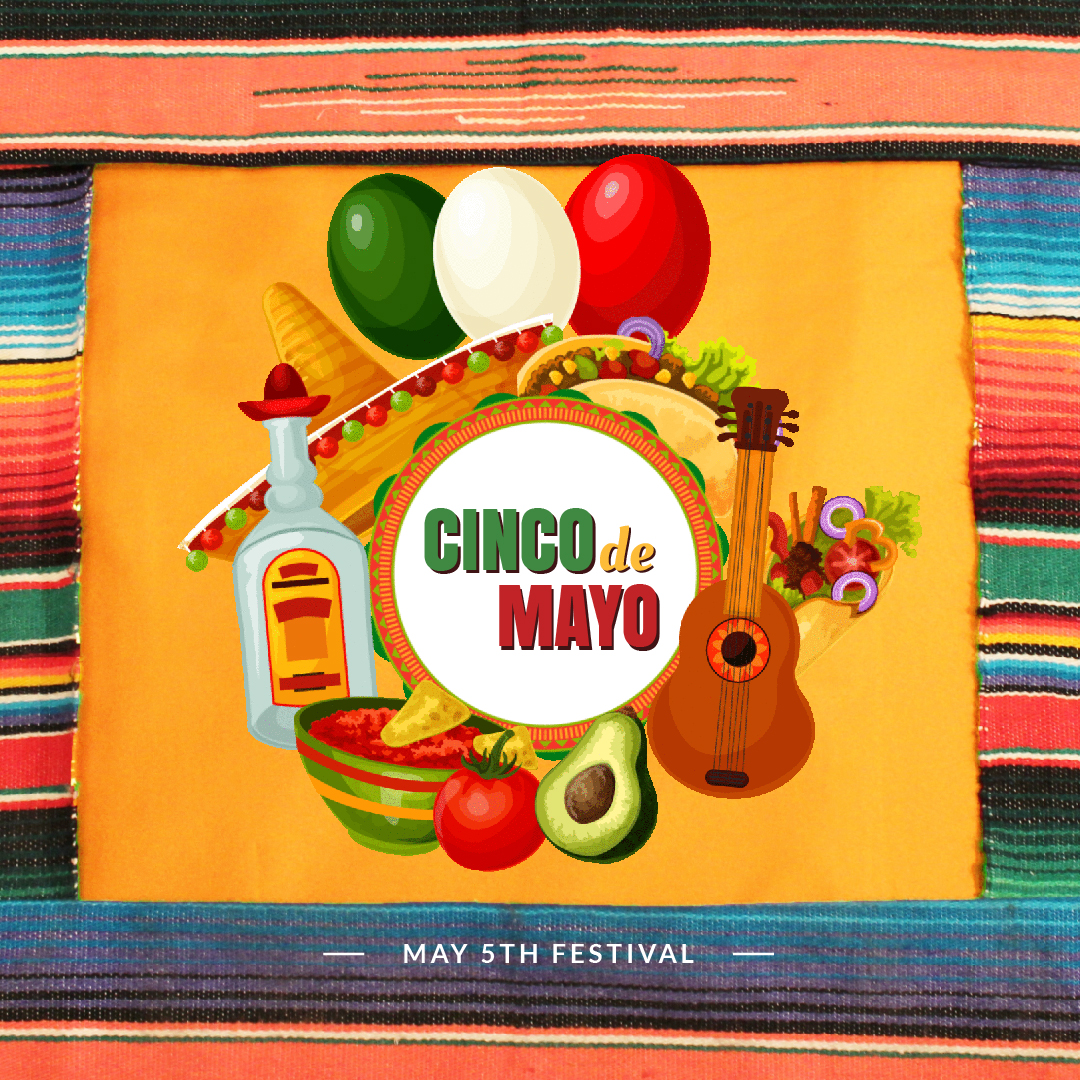 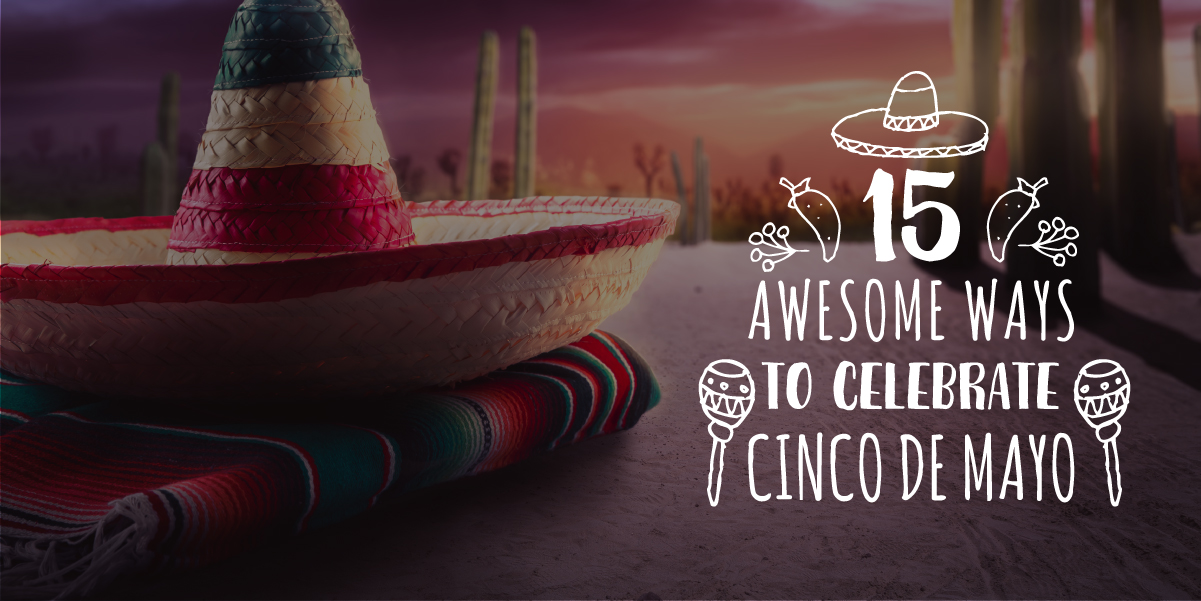 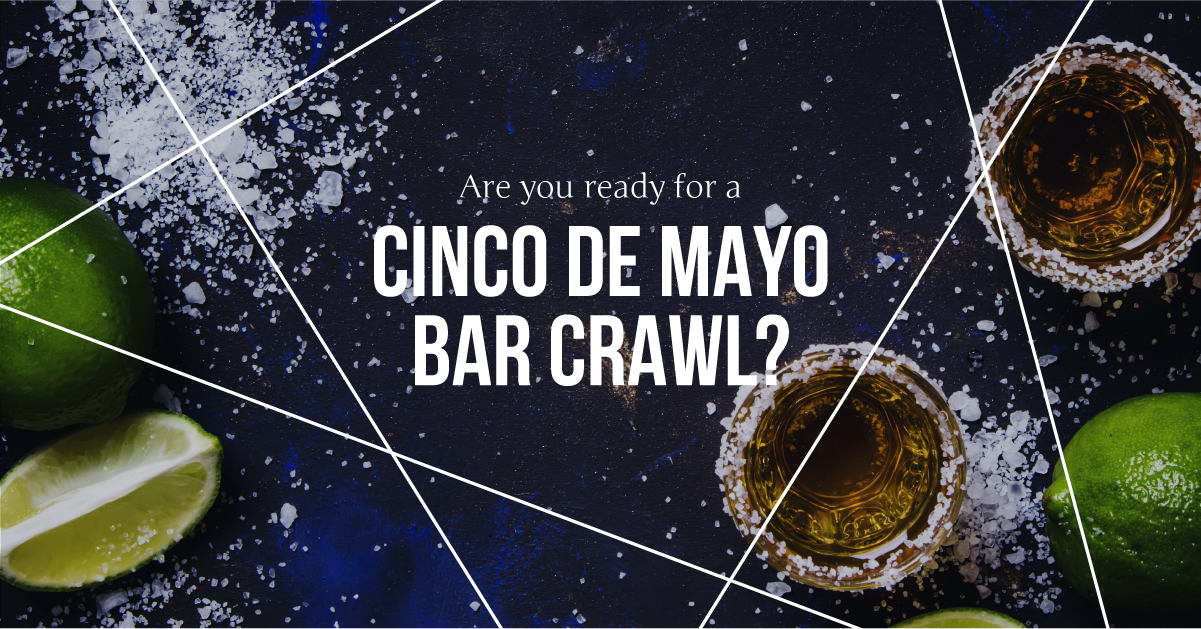 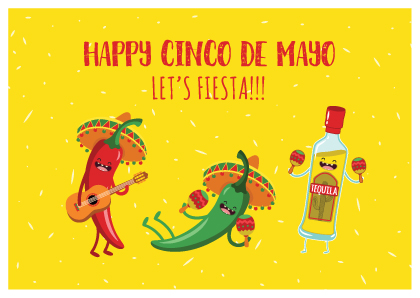 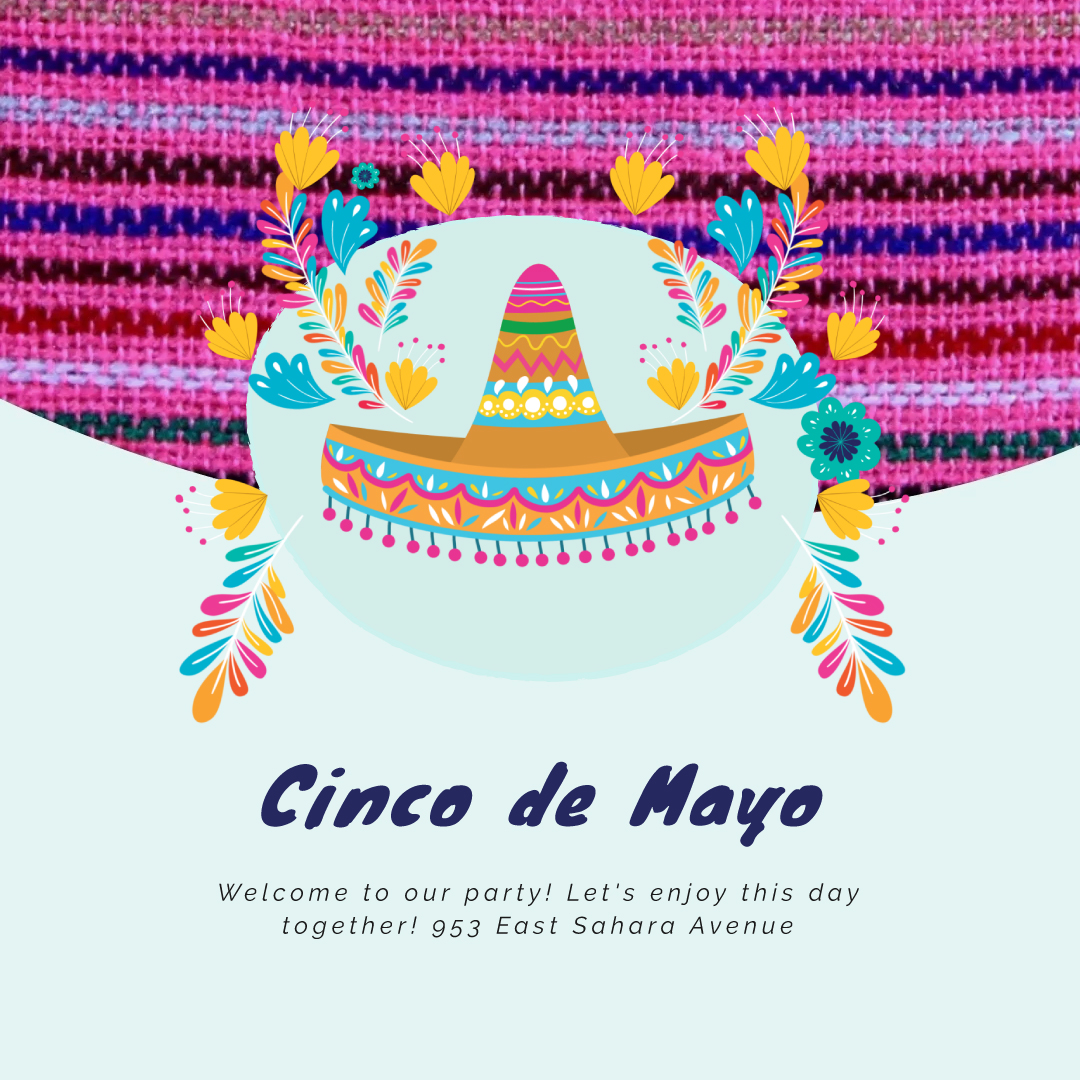 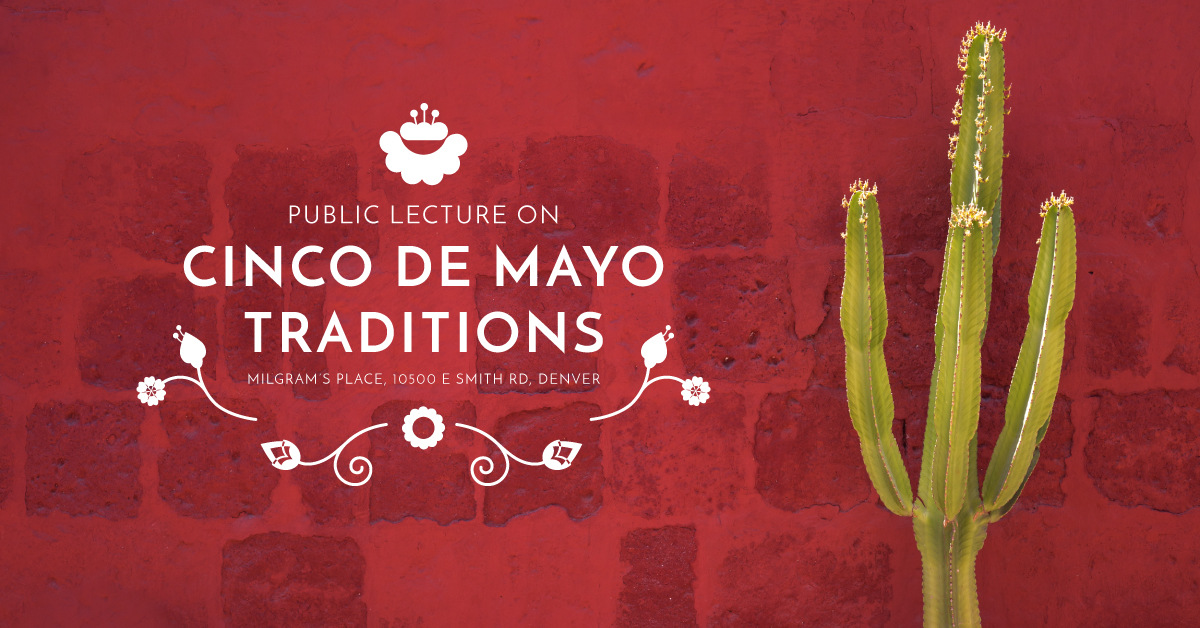 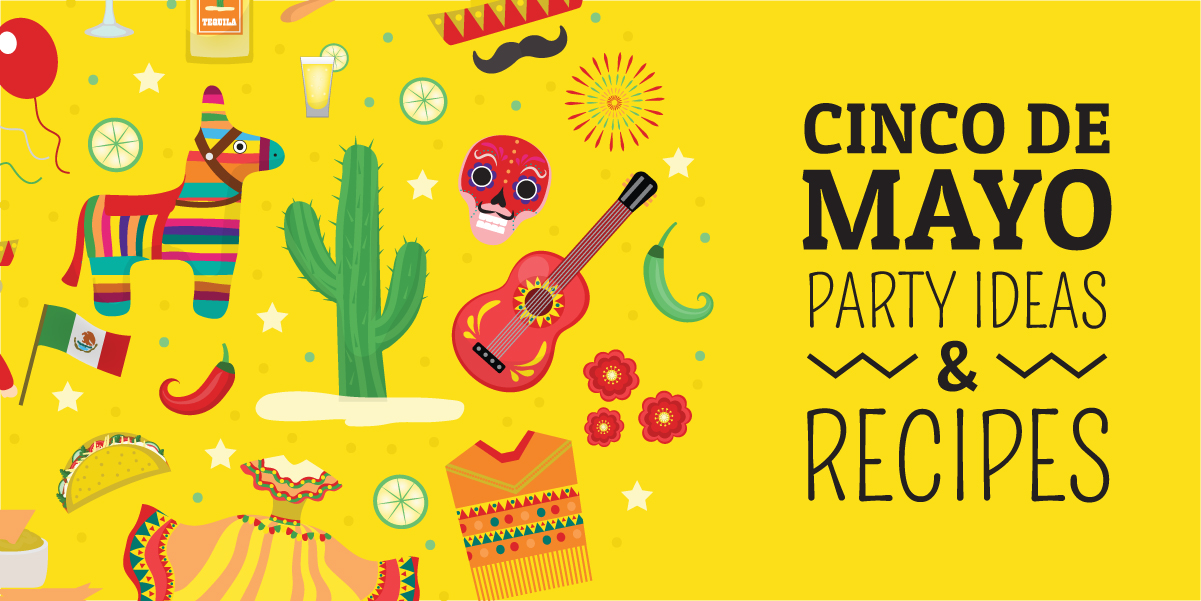