In the countries of the former British Commonwealth, the 26th of December is widely known as Boxing Day. It is associated with either the quiet homely time for the families or a fun spending occasion for the youngsters. This holiday derived the name from the tradition of giving small boxed gifts to the household servants on this day for their hard work during the year.

For the first time, the definition for the term Boxing Day had been given in the Oxford dictionary in 1830. The tradition comes from the period in Victorian England when the masters would usually give a so-called Christmas Box to their servants and employees on this date. Such a box could include a small amount of money, gifts, clothes, and even the leftovers from the Christmas table.

Upon receiving this token of appreciation, servants used to take a day off and go visit their parents. The ones who got stuck in the city, though, also had quite a time. According to the museum of the history of London information, ice-skating was a favorite activity. And of course, Boxing Day became the biggest national gambling event. Aside from spending the tips from the masters, young apprentices would often break piggy banks and place a bet or two.

Over the centuries, the Boxing day in the countries of the Commonwealth became quite different from its European version. Unlike St. Stephen’s Day, Boxing Day is neither religious nor timid in the US, Canada, Australia, New Zealand, and the UK. It is a fun and loud time to munch on Christmas leftovers while binge-shopping best deals in your PJs.

The tradition of giving the small trinkets on that day by the merchants to their salesmen and by the masters to servants, though well-known from historical images, is rare to meet nowadays. Luckily, there’s more than one.

If you’re anywhere around Ireland do your best to get to the shore on Boxing Day and you might encounter a must-see picture—the Icy sea bathing. People in swimming suits and Father Christmas’s hats jump off the cliffs straight into the freezing water. More than one charity has stolen this scenario for their fundraisers. And we can’t blame them, as it’s one of the best ideas out there!

That brings us to the Boxing Day being a common calendar date to plan your charity event or set a yearly donation plan. To celebrate in content, consider becoming a returning patron for your charity of choice, sponsoring international education programs, or donating blood on this day.

Take an invitation to volunteer in your local church to witness another traditional part of the Christmas greeting—opening the charity collection boxes on the Boxing Day and giving the churchgoers a chance to support the less fortunate during the Christmas week.

The Boxing Day online shopping hype is the best time to kick up the sales by double-grinding your Christmas customers’ flow. Keep in mind that it’s the day when people have double-checked their spendings and formed new desires. It sounds like the perfect time to step up this promotion once again!

Go over the abandoned carts and posts that worked best in the pre-Christmas craze, and look for the unique patterns to reuse. Send out the letter about the post-Christmas stock sale to your returning customers, and make sure to shoot messages to everyone who liked your products or followed your page.

Do you make the unboxing content for YouTube and IGTV? Well, the next December 26th is obviously made for your best yet Boxing Day Unboxing party episode with funny pun-studded slogans and catchphrases. You’re welcome!

Santa Red—the first and foremost Christmas color doesn’t set back its positions during the Boxing Day, an inseparable part of the holiday season.

Dark Green—the dark green color is the second one on the Christmas photos palette. Use it for the dramatic accented backgrounds and text backdrops.

Dark Gold—the staple color of the coins and money, the dark gold stands for the golden coins and valuable trinkets given to the servants on this day.

Silver—together with the gold, silver sets up the rich celebratory mood. Use it in the intricate decorations and shimmering highlights for your Boxing Day designs. 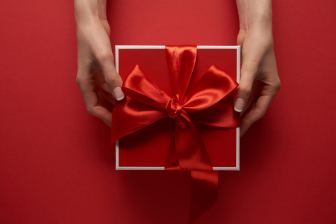 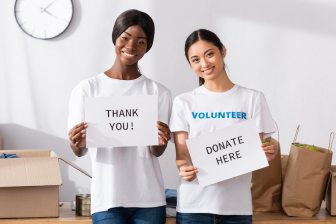 The gift box is the primary symbol of Boxing Day in the UK, Australia, the United States, and Canada. No wonder it became a happy occasion for the online sales—the logo fits the purpose perfectly.

And though the marketers want the customers to read this box as another spending party, the charity side of the holiday uses quotes on Instagram to inspire the customers to choose the good deeds instead of the material goods.

Sports competitions became iconic for the Boxing day. Football a.k.a soccer, fox hunts, horse races, dog races, cricket matches, and other exciting gigs are organized on December 26th in towns big and small. However unbelievable, though, Boxing Day is not related to boxing in any way.