What is a storyboard and why storyboarding is important for creators

A storyboard is not a new design term, but it got much more popular in recent years thanks to increased attention to video content, motion design, fil...

A storyboard is not a new design term, but it got much more popular in recent years thanks to increased attention to video content, motion design, filmmaking, and all things interactive.

Let’s figure out what’s a storyboard and why it is necessary for video production and visual content creation in general.

What is a storyboard?

A storyboard is a visual sequence of information like images, illustrations, and text. It’s also a crucial part of video production because it helps creators visualize the whole motion picture frame by frame.

Now, a tiny piece of history.

There was a French man in the 19th century. His name was Georges Méliès. He was a bit otherworldly, especially for those times, because his passion was magic and acting. George Méliès was an illusionist, set designer, toymaker, and costume designer. But the major passion of his life was filmmaking. He was one of the first creators who used storyboards to plan the sequence of frames.

Moreover, Méliès popularized special effects such as multiple exposures, substitution splices, and timelapse photography. Of course, those special effects were not as impressive as we have now in the 21st century. Still, in the 19th century, such tricks were considered remarkable and significantly contributed to cinema’s overall evolution. Méliès was also fond of the space theme, which can be traced through all of his works. But especially in his most prominent films, which are also considered the most important early science fiction films: “Le Voyage Dans la Lune” (1902) and “Le Voyage à Travers l’impossible” (1904).

Generally, a storyboard as we know it these days has quite the same form as it used to have in the early 1930s when the Walt Disney studio created it. Such a form of storyboarding is used by millions of creators worldwide ever since.

Storyboards can be about anything, but it’s much easier to understand what they’re for and how they can help you if we break them down into hypothetical categories. 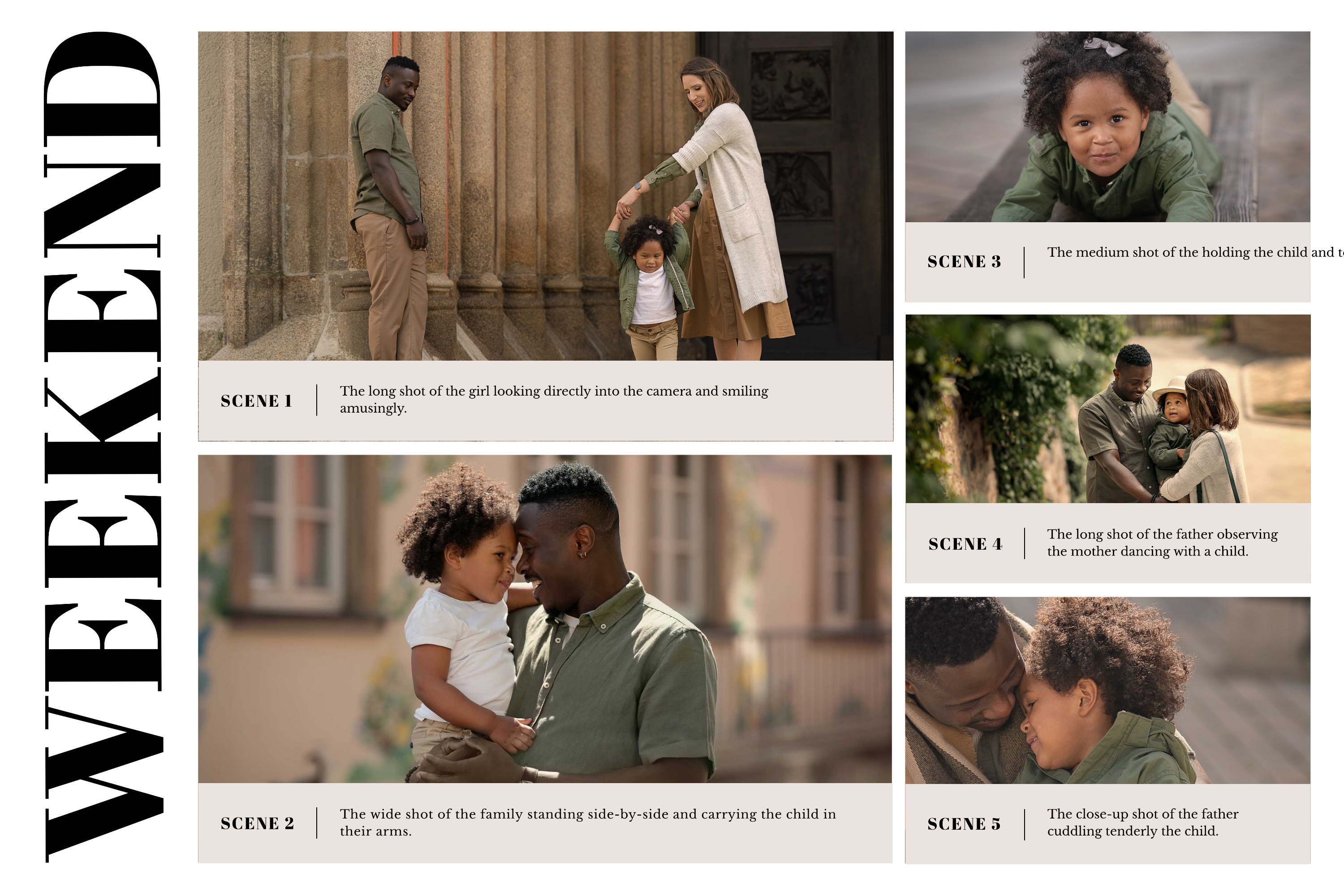 It’s more convenient for a creator to follow the plot and achieve the initial video concept with a storyboard’s help.

In this case, the storyboard is a visualized scenario with detailed descriptions of what’s going on under each frame. The level of detail depends on the length of the film and the complexity of the plot.

A storyboard for me is the way to visualize the entire movie in advance.

The more detailed is your storyboard, the easier will be the production of your motion picture. This is why TV shows and movies usually have very long storyboards, where they explain what actors are wearing, what they’re doing, how they’re doing it, and what’s going on in the background. If music is playing, or the weather is suddenly changing, or another character appears in a frame, this all should be clarified. 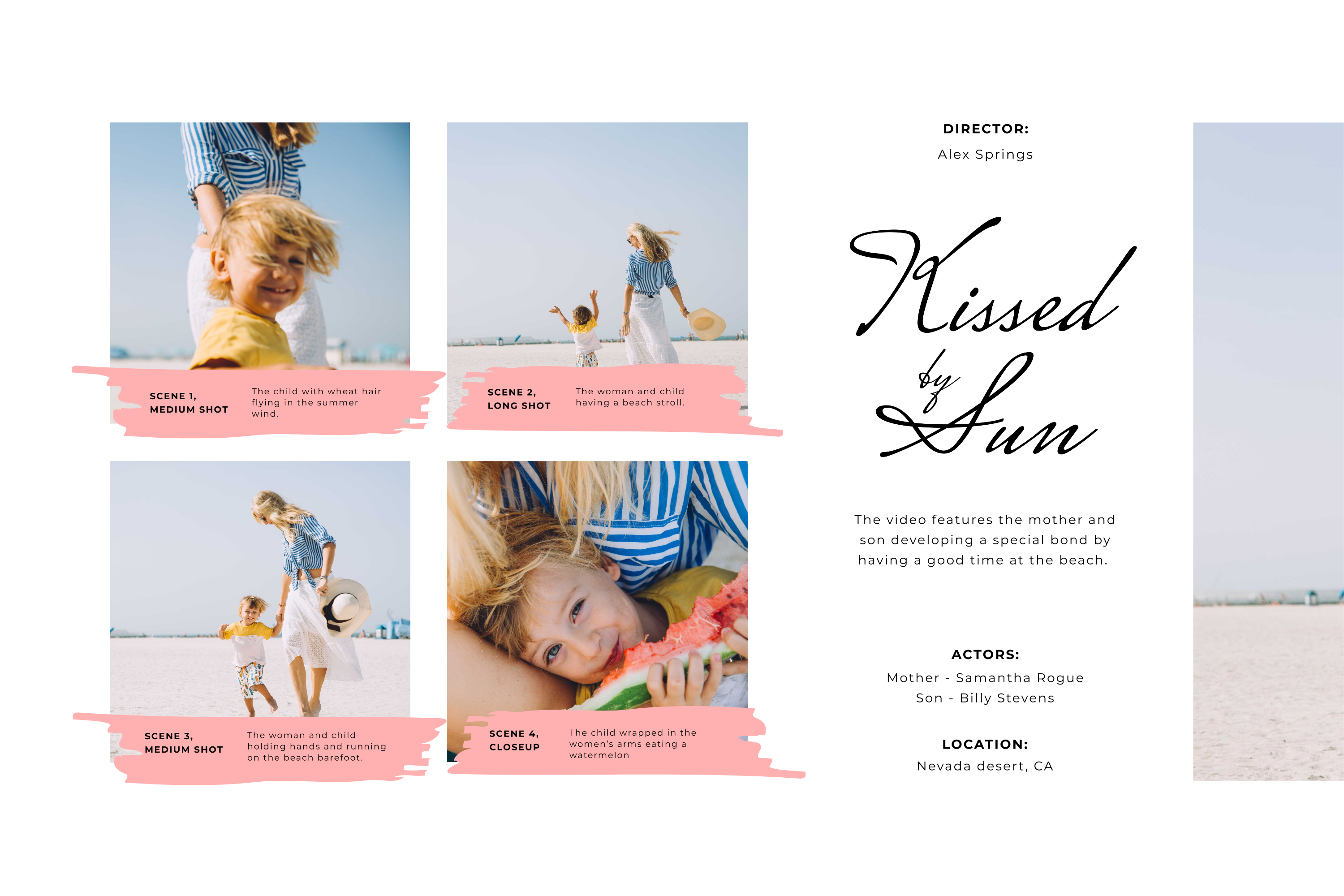 Photoshoots and fashion shows can be planned with the help of storyboards, too! The whole shooting process will be much more productive if you plan outfits, makeup, hairstyles, accessories, equipment, etc. It takes time, but if designers at the luxury fashion houses use storyboarding for work, it’s certainly worth a try.

Storyboards are also used to produce commercials, product demos, and business presentations. Consider a storyboard as the instructions, which you will later hand over to a motion designer or a voice actor.

In advertising, creators plan commercials with the help of storyboards to deal with all possible roadblocks before they even happen. When the shooting process is planned from every angle, there’s less chance for issues.

Storyboards are also a helpful tool for the visualization of demos and business presentations. This way, you can stay organized and confident from the initial planning stage till the actual show-time. 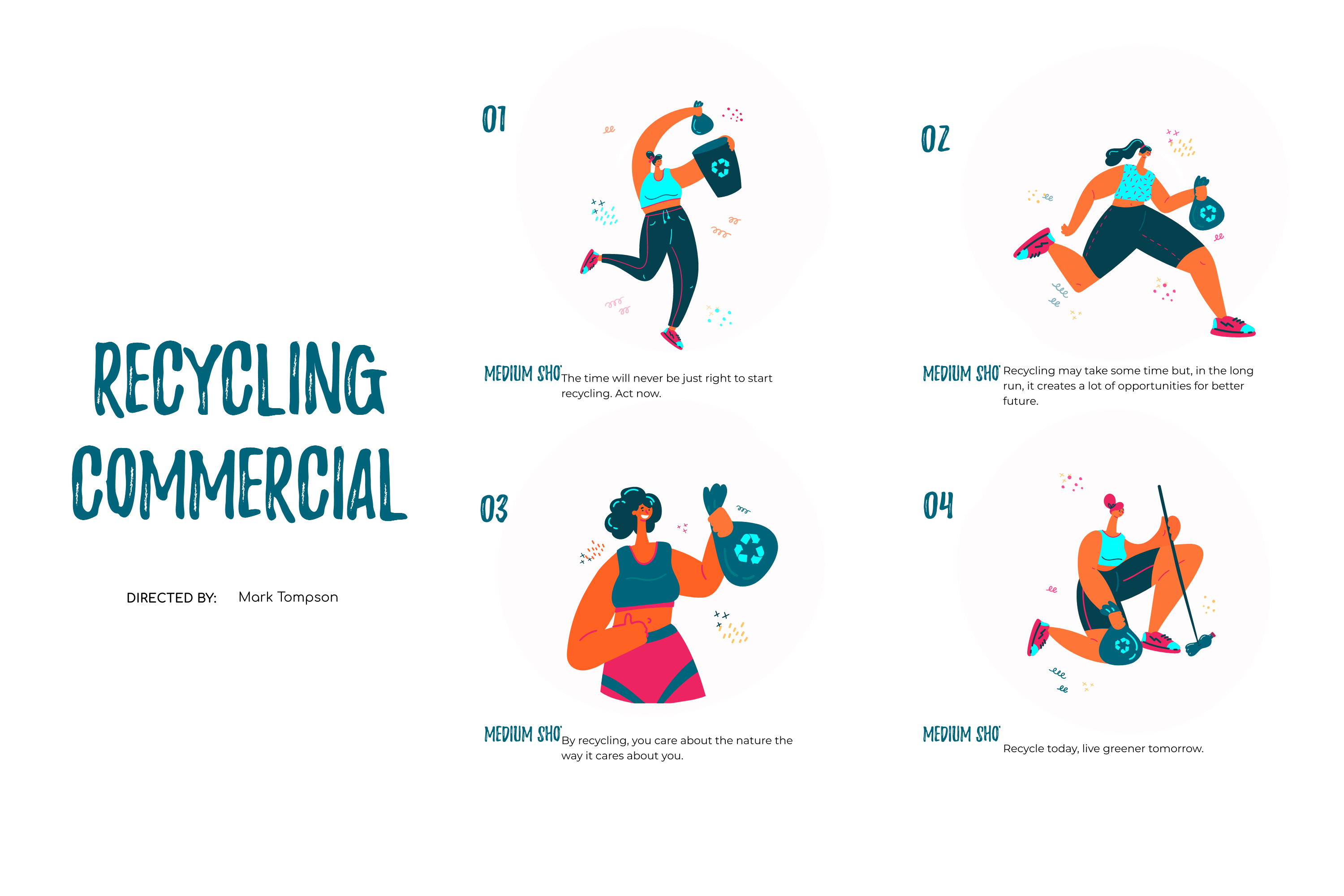 YouTube video scenarios are usually created with the help of storyboards, too. For example, travel vloggers can create content in both ways: draw a storyboard before they even have footage (to plan the whole filming process) or make a storyboard from captured footage after the trip.

While traveling, you want to enjoy the moment instead of just chaotically filming everything you might not even use in your vlog later. Drawing a storyboard before the actual journey will help you to focus on new impressions and experiences. With this so-called guide, you will film only the necessary parts of your trip that you will later need for a new video.

When it comes to editing captured footage, a storyboard is a savior. It helps organize throw lines for further voiceover, apply visual and sound effects, and rearrange keyframes much easier. 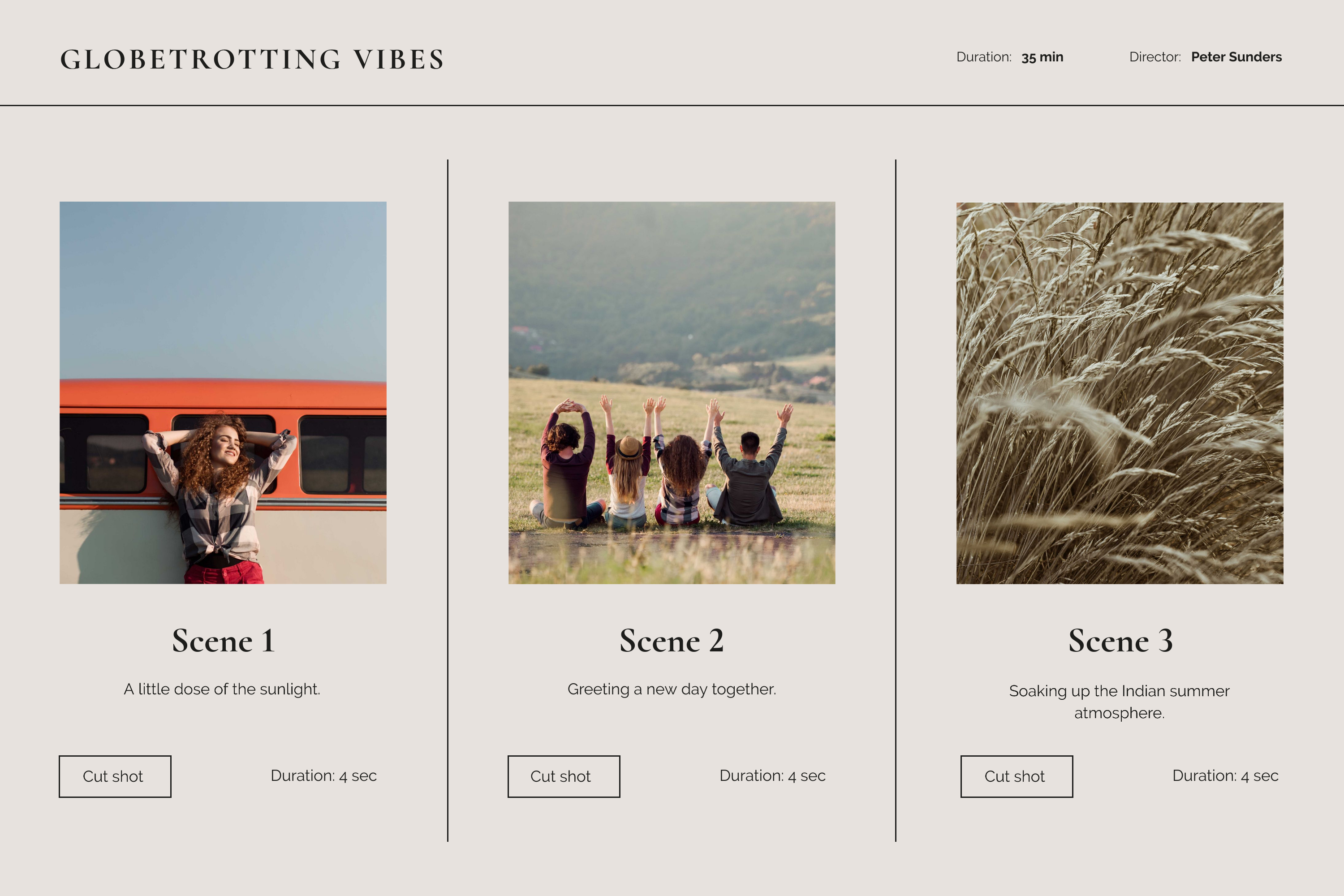 The same works for other YouTubers, Instagrammers, and TikTokers—no matter what you’re filming and editing, storyboarding is the right way to do it, mainly because it’s the most efficient one.

Not so long ago, animators made their cartoons by rotoscoping thousands of illustrations manually. Now, you can draw an illustration, arrange a storyboard, and create an animation digitally, which is much easier and faster.

In the film production of a bigger scale, teams of people work on a comics-based movie, cartoon, or anime, mostly made from graphic novels using storyboards. A screenwriter adapts a novel for the screen and then passes a script to a storyboard artist, who draws keyframes and describes them to bring more details to the picture. Once the storyboard is complete, it falls into an animator’s hands, who puts all the frames together and creates movement that later becomes an animated film. Then goes the post-production, and every frame is carefully reviewed and polished to achieve maximum fidelity. Translations and voiceovers are the final touches, and then there’s a premiere.

I do all my work by storyboard, so as I draw the storyboard, the world gets more and more complex, and as a result, my North, South, East, West directions kind of shift and go off base, but it seems like my staff as well as the audience, don’t quite realize that this has happened. Don’t tell them about it. 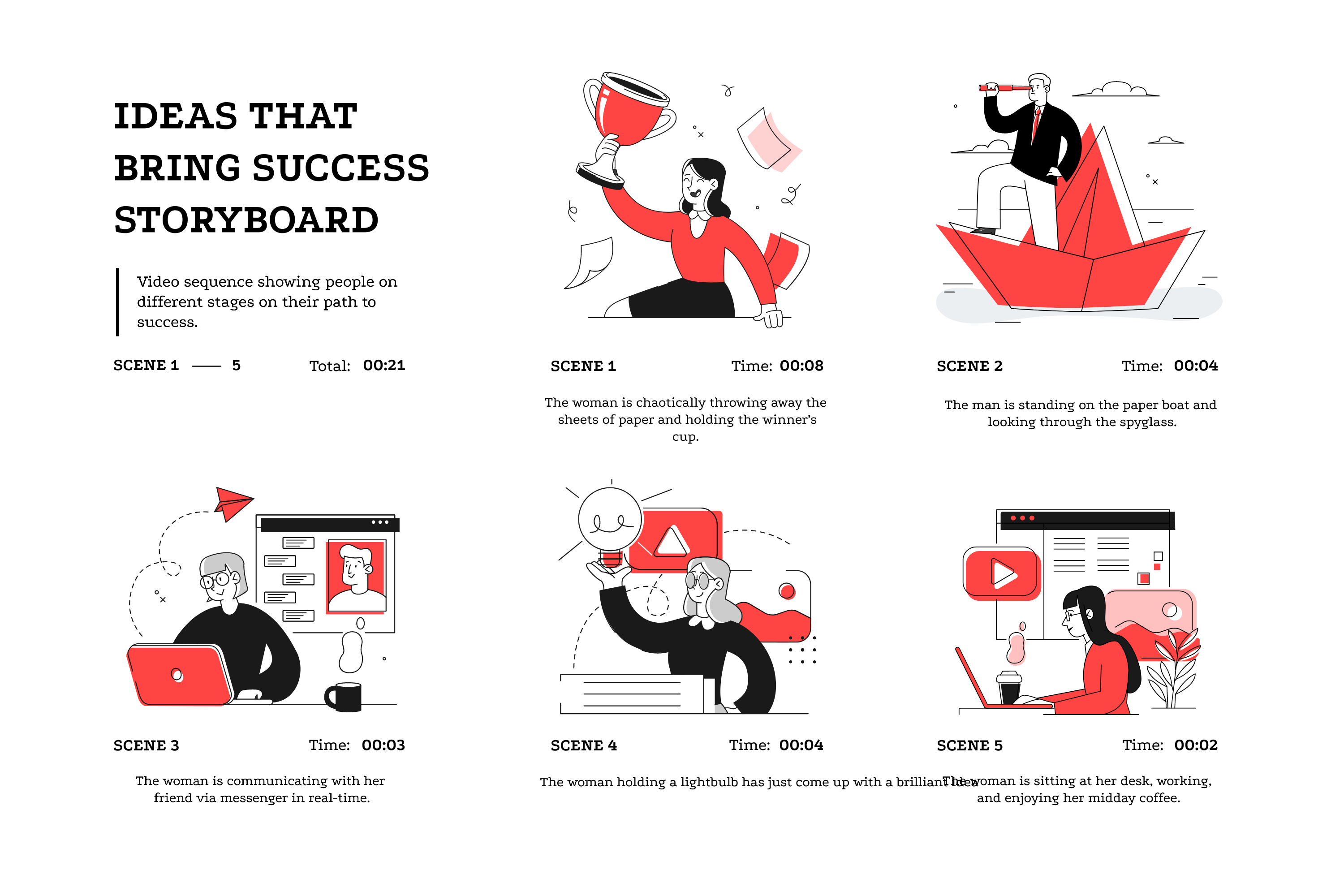 Storyboard that we know now is a much broader term. It can’t be cut down to the film industry only. Making a storyboard is a great way to organize any type of information that requires a systematic approach.

Video instructions that explain how to use products are made with the help of storyboards. Frames usually have graphic elements and text on them, and later they are animated to form an interactive instruction.

Data is often represented visually, for example, with the help of an infographic. To animate such static data, a graphic designer creates a storyboard with keyframes to explain all necessary details for a motion designer. 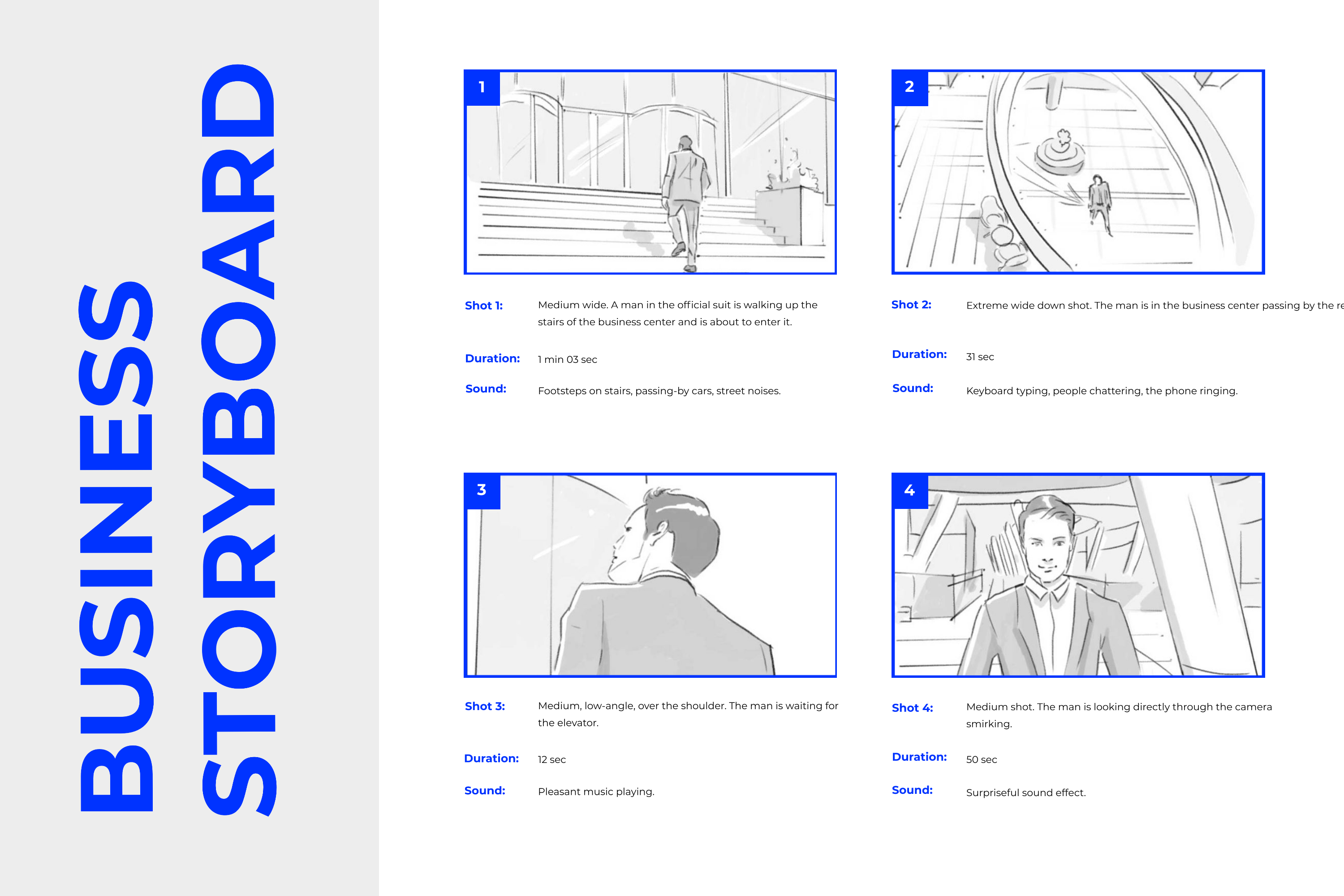 Storyboarding can also be applied in any type of experiment, not just scientific. Visualize evolution processes, migrations, chemical reactions, cyclone movement, military tactics, and more dynamic data with a storyboard.

Storyboards are widely used in education, too. Teachers create storyboards for lessons or particular exercises, while students might use basic storyboarding techniques for creative and scientific projects.

Sometimes engineers use storyboards to create software. When a flowchart is not enough, a storyboard might help to visualize the user experience even better. Therefore, engineers can foresee potential issues in the early product development stages, prevent these issues, and have more time to fix bugs after the release.

Does a storyboard have something to do with a mood board?

There’s a difference between a storyboard and a mood board, and it’s good to understand it if you plan to dive a bit deeper into graphic design.

Mood board is a visual collage that coveys some idea and aims to evoke a feeling. Mood boards are usually created for inspiration or as means of statement art. They can be organized as desired, therefore, exist in all possible forms.

As you already know, a storyboard is a visual sequence of information created with the help of frames. Unlike mood boards, storyboards have a clear purpose: they allow a creator to preview the interactive media before it gets interactive.

Depending on your goals, you can use both methods of visualization in the creative process. Just keep in mind that mood boards are rather made for reference and inspiration than for the representation of data or facts. 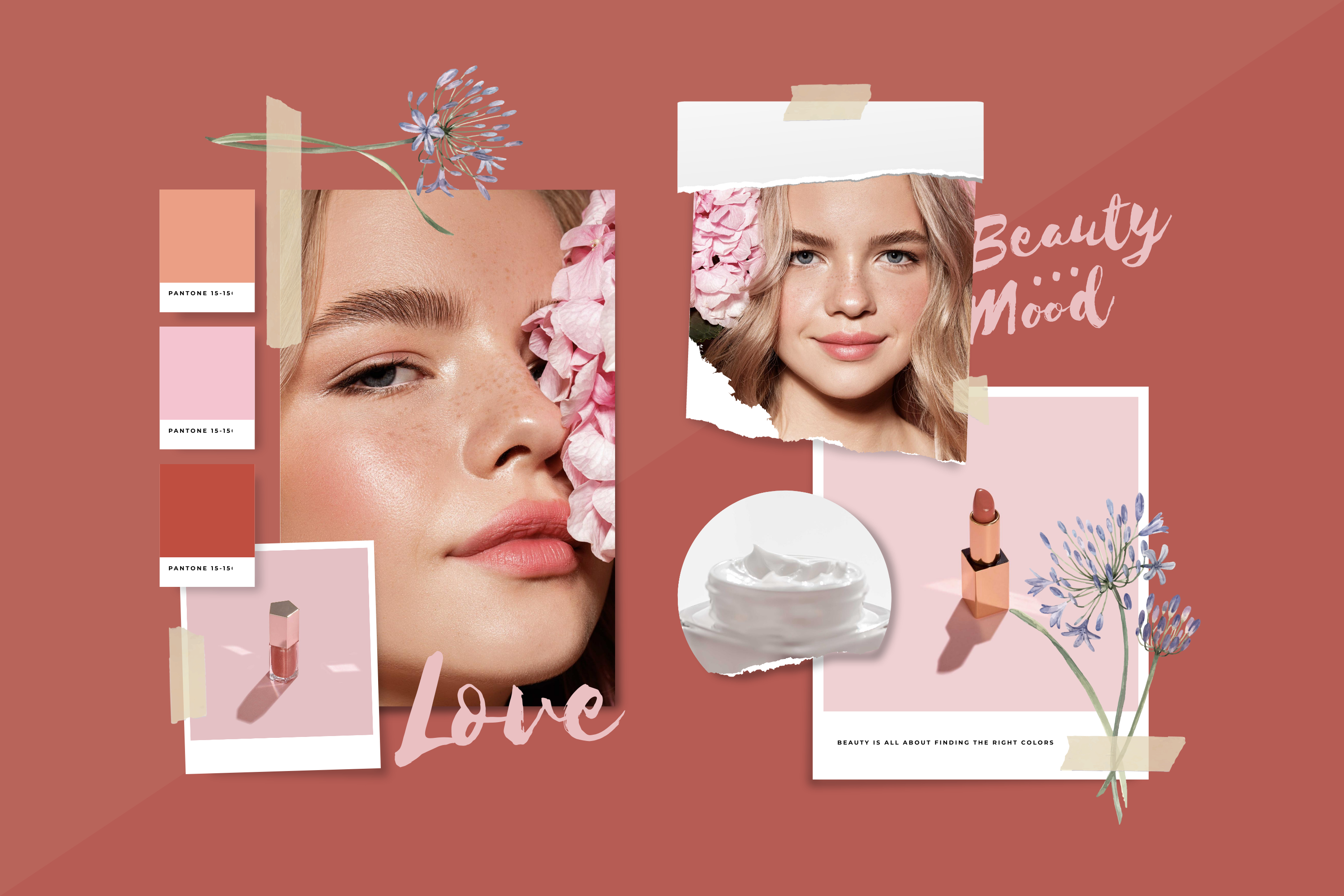 Customize this mood board

There’s no need to learn complex software and browse dozens of platforms searching for high-quality images for your designs. VistaCreate has all the needed design tools neatly packed into a drag-and-drop editor and millions of creative assets in a huge built-in media library. Access thousands of professionally designed templates, photos, video clips, objects, fonts, and sounds. It takes just a couple of minutes to edit a template or create a design from scratch with VistaCreate.

Want to create your own multi-page storyboard right now? You know what to do. Moreover, you can make stunning designs for social media, print, and web! Get the taste of extra design features with a free trial or upgrade to Pro right now and enjoy everything VistaCreate has to offer without any limits.

Writer at VistaCreate. Has a sheer passion for art, music, and movies. Loves irony, collects magazines, and dreams about traveling the whole world.
See author profile